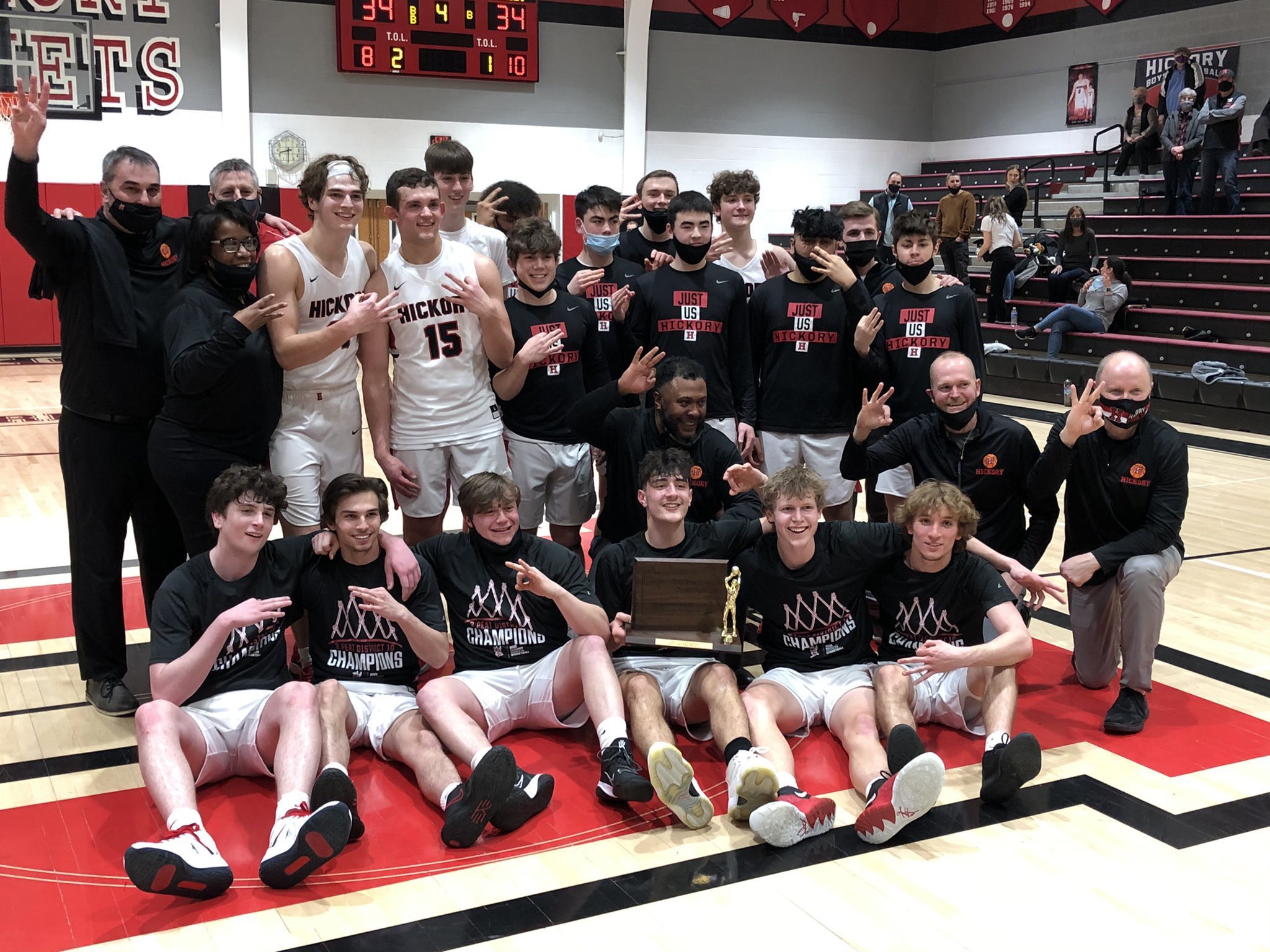 The rollercoaster stopped one hill too soon for the 2021 Hickory basketball team.

The Hornets played one of the most entertaining PIAA championship games in recent memory and almost pulled off one of the biggest comebacks of all time in a state title game.

Trailing heavily favored Allentown Central Catholic by 19 points, 33-14, late in the first half of the 4A title game at the Giant Center in Hershey, Hickory could have easily held its head and walked to a second-place finish.

But that wasn’t what the Hornets were all about.

Peyton Mele and Connor Evans both had looks in the waning seconds only to see the ball not bounce their way in the 41-40 loss.

Nevertheless, it was an incredible run for Hickory (23-4), which was making its first appearance in the state championship game since 1961. It also included its fair share of dramatic moments.

It began with a Region 4 championship, compiling a 14-0 record against the likes of quality teams like Franklin (D10 3A champion), Sharpsville, Grove City, and Greenville.

Despite the tough competition, they outscored their opponents by 14 points per game during the season.

After that, they had to get out of a highly competitive Class 4A in District 10. To do so, they got defensive, beating Fort LeBoeuf (44-33 in the quarterfinals), Warren (45-34 in the semifinals), and Harbor Creek (39-34 in the title game). It was the third straight title for the Hornets.

In that win over Harbor Creek, the Hornets showed the same comeback spirit they showed in the PAA title game rallying from a 7-point halftime deficit, with Mele once again leading the way with 16 points.

Next came the PIAA quarterfinals against Greater Johnstown. It was in this game that the most dramatics really hit their peak. It didn’t look as if that would be the case, as the Hornets led by 13, 39-26 at the end of three quarters. Johnstown came storming back, however, taking a 48-47 late in the game.

That’s when Mele, the Hornets’ leading scorer, played the role of hero, burying a 3-pointer at the buzzer to send Hickory into the semifinals with a  50-48 triumph. They were the only three points of the half for Mele, who finished 13. Matt Cannone had 11 points, Evans 10, and Fazzone and Jackson Pryts eight each.

That set up a date with WPIAL champion Lincoln Park in the semifinals. Hickory dictated the tempo from the get-go, and once again built a double-digit lead heading into the fourth quarter. With just under a minute left to play, however, the Leopards made it a one-possession game, 62-59. No matter, as Hickory closed the game on a 6-2 run to punch its ticket to Hershey.

In the victory, Mele was enormous, pouring in 38 points, including 18 from the free-throw line and a perfect 9-for-9 in the fourth quarter.