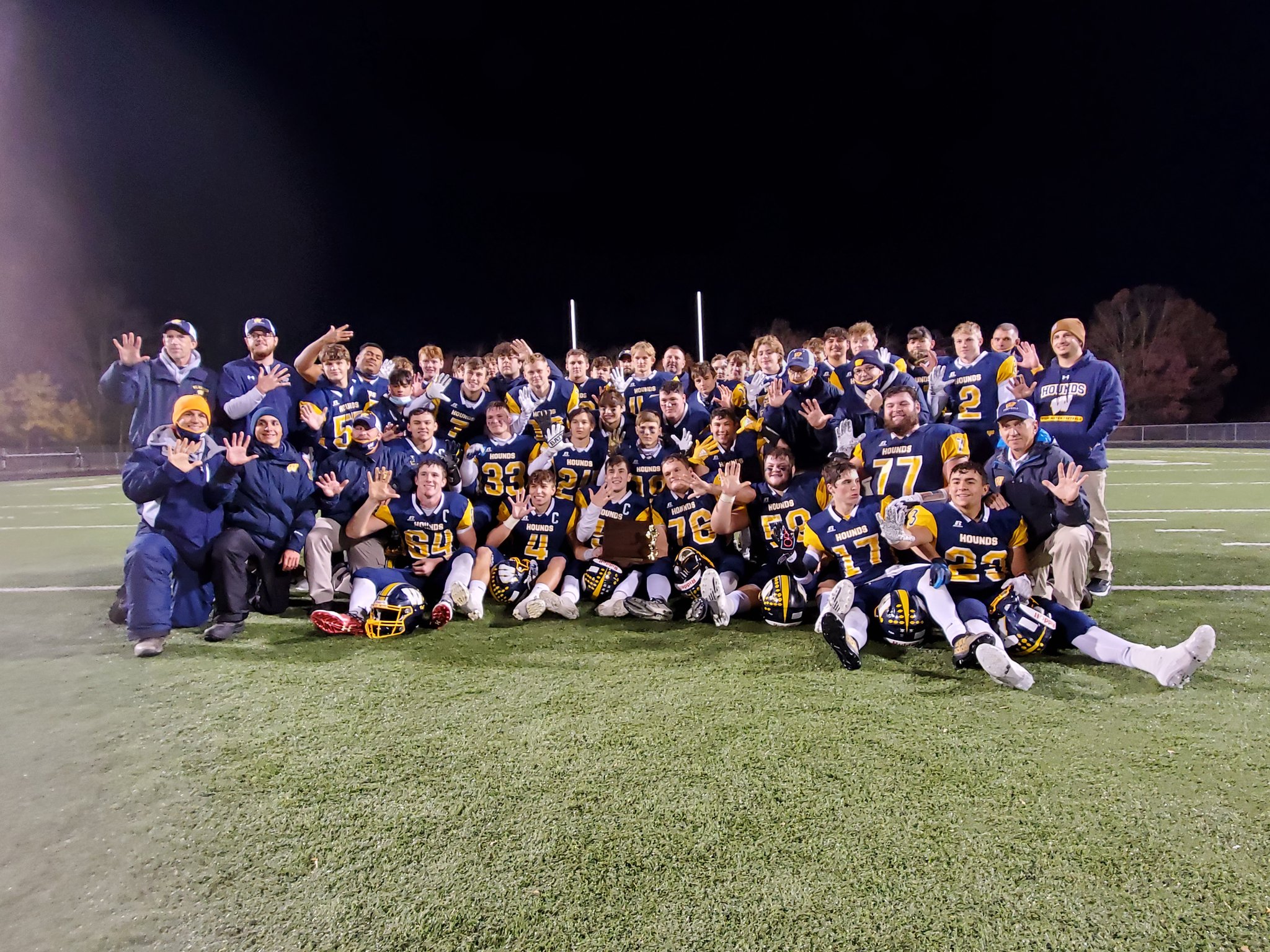 No. 16: Wilmington runs its way to second-place football finish

For a small, rural town to do what Wilmington football has done for 40 plus years is amazing.

Starting really with Terry Verrelli and continuing with Brandon Phillian, the Greyhounds have lived up to their name using a strong ground attack to punish teams into submission.

The 2020 season was no different – even if the pandemic meant changing the way they prepared and who they played – with Wilmington running to another state championship game appearance.

This run may have been as impressive as any of them considering the Greyhounds had to beat fellow perennial powerhouse and rival Farrell not once, not twice, but three times in a span of six weeks to even qualify for the PIAA playoffs.

Things got considerably more difficult in each of the next two meetings.

This one was a dandy.

Wilmington trailed, 14-13, in the third quarter before a 40-yard Miller touchdown run gave the Greyhounds a 21-14 lead.

Anthony Stallworth and Farrell answered back with eight minutes left with Stallworth scoring his third touchdown of the game on an 8-yard run. But the extra point was blocked leaving Wilmington up one, 21-20.

Late in the game, Farrell drove to the Wilmington 10-yard line where it faced a fourth-and-3, but the Greyhound defense held to preserve a 21-20 victory.

The third time the squads met, Oct. 31 at Wilmington, it was for all the D10 marbles in the District 10 Class 2A title game.

The game was another classic, although it didn’t start out that way,

Wilmington jumped out to a 19-0 lead midway through the second quarter before Farrell made it 19-6 at halftime.

The game remained that way until the first minute of the fourth quarter when a Christian Hartley 1-yard run followed by a Hartley hitting Brice Butler with a two-point conversion pass made it 19-14.

Wilmington had a chance to put the game away but was stopped on a fourth-and-goal play midway through the fourth quarter.

Farrell then moved the ball out to around midfield before the Wilmington defense came up big, forcing a fumble that appeared to be caused by Morgan Whiting and was recovered by Elon Horchler with 2:28 to play, sealing the fifth consecutive D10 title for the Greyhounds.

Into the PIAA playoffs Wilmington went.

The Gremlins were no match falling, 42-14, as Caelan Bender ran for three touchdowns and three for a fourth.

That brought on a matchup with Chestnut Ridge, and all Wilmington did in that PIAA quarterfinal game was put together one of the all-time greatest rushing performances in PIAA playoff history.

Running for 628 yards and seven touchdowns, the Greyhounds ousted the Lions, 56-29.

Susen had a record-breaking night rushing 30 times for 327 yards and six touchdowns while Miller added 20 carries for 240 yards and a score.

That victory brought on a fifth straight PIAA semifinal appearance for Wilmington, and the Greyhounds made it three title-game appearances in four years with a 20-18 win over Beaver Falls at Geneva College.

The game wasn’t without drama, as Beaver Falls used a 53-yard scoring drive midway through the fourth quarter to get within two, 20-18, on a Jaren Brinker to Tyler Cain touchdown pass on fourth-and-6 from the 15-yard line with 4:25 to play.

But Cain was called for an unsportsmanlike penalty for spiking the ball in the end zone following the touchdown forcing the Tigers’ two-point try to happen from the 18-yard line instead of the 3.

That proved big when Quadir Thompson was stopped one yard shy of the end zone leaving the Greyhounds up two.

But Wilmington never let the Tigers see the ball again with Susen smartly giving himself up on an 11-yard run that would have been a 16-yard touchdown if he hadn’t. By going down at the 5-yard line with just under two minutes left, Wilmington was able to kneel on the ball for the 20-18 victory.

The PIAA title game meant a matchup with powerhouse Southern Columbia, and the Tigers overwhelmed Wilmington for a 42-14 victory to win their fourth consecutive PIAA 2A title and their fifth in six years.