Fantastic Finishes: Mele Wins it at the Buzzer For Hickory in Class 4A; Cathedral Prep Stuns New Castle in OT in Class 5A 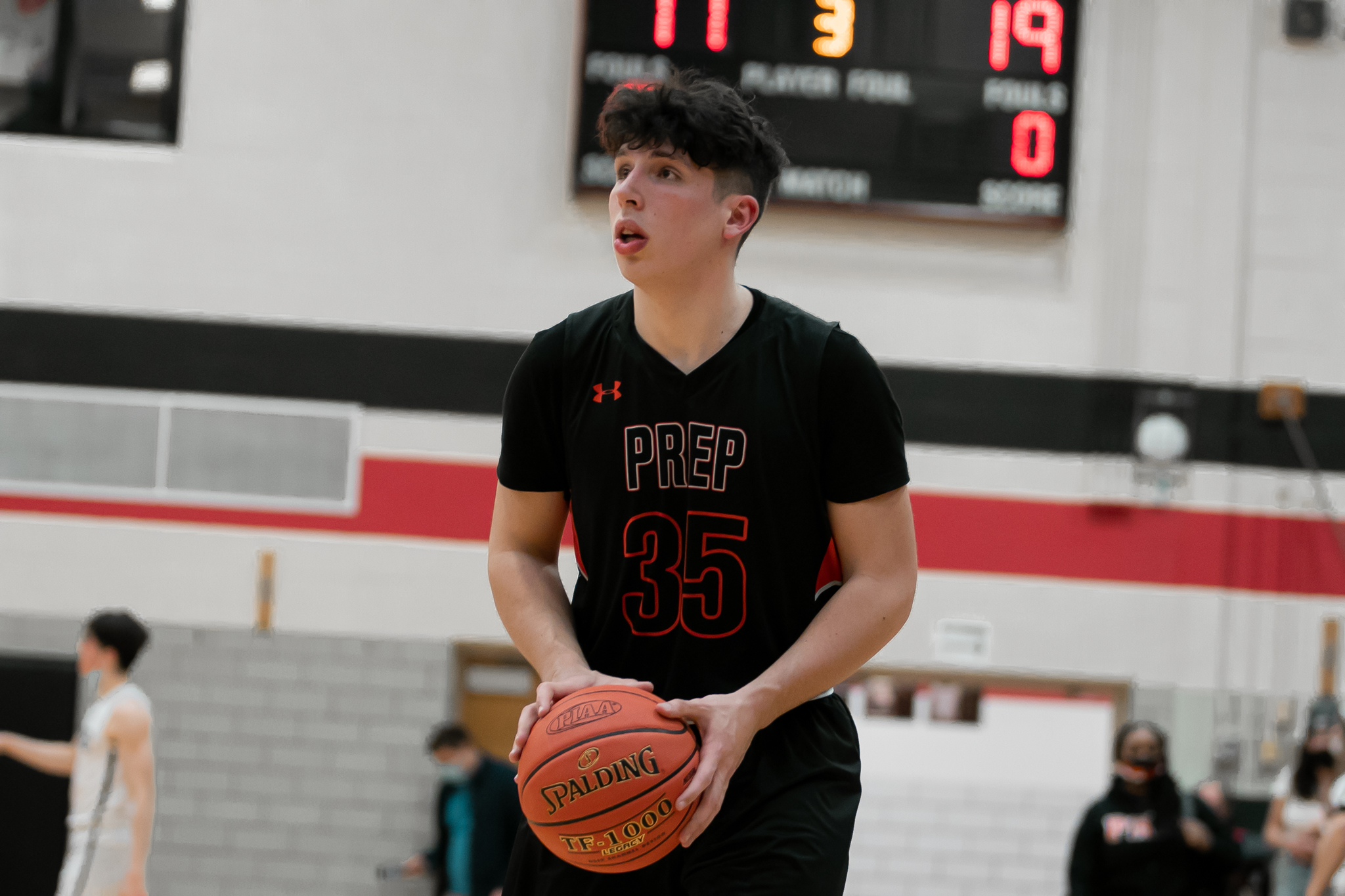 The Hornet senior drained a 3-pointer at the buzzer to send the District 10 champions into the PIAA semifinals with a 50-48 win over Greater Johnstown.

HIckory led by 13, 39-26 at the end of the third quarter, but the Trojans came storming back,, thanks to strong perimeter shooting.

Isaiah Matula knocked down a pair of shots from distance and had nine points in the second half and Joziah Wyatt-Taylor 10 to lead the charge.

Conversely, the Hornets went cold in the second half, but Mele made the big shot when it mattered the most.

Mele’s three were his only points of the second half. He finished with 13 for the game.

Connor Evans and Joe Fazzone both had six points in the first half for the Hornets (22-3), with Evans finishing with 10 and Fazone eight. Jackson Pryts also had eight points.

Wyatt-Taylor had 21 points to lead Johnstown.

The Ramblers (17-7) advance to play Lower Dauphin in the PIAA semifinals.

Down seven in the late in the fourth quarter, 44-37 with 1:30 to play, a 7-0 run was capped by a Galla basket with about four seconds left. Will Inness had scored the first five points of the run.

Then in overtime, the game went back-and-forth with three ties, the last at 50 apiece. An Inness free throw following an intentional foul made it 51-50 Prep before another free throw by Galla made it 52-50.

New Castle, thanks to Prep making just 2 of 6 free-throw after the game was tied at 50, had a chance to tie or win the game at the ended, but Isaiah Boice missed a 3-pointer before Mike Wells missed a shot. Mike Graham got the rebound and put it back in, but the shot came after the horn leaving the Ramblers with the stunning, 52-50, overtime upset.

Khali Horton, Innes and Galla all had big games for the Ramblers, finishing with 16, 14 and 11 points, respectively.

Prep led by three at the half, and the Hurricanes rallied to tie the game going into the fourth before extending the lead.

MIDLAND, Pa. – Brandin Cummings led a balanced Lincoln Park effort with 15 points as the Leopards roared past District 9 champion Clearfield and into the PIAA semifinals.

Clearfield ends its season with a record of 20-6.

Lincoln Park moves on to play Hickory in the PIAA semifinals.

Fairview, Punxsutawney (Class 3A), McDowell (Class 6A) Girls Bow Out in PIAA Quarterfinals
Prep Finishes Tied for Fifth at Boys 2A State Swimming Championships
This website or its third-party tools process personal data.In case of sale of your personal information, you may opt out by using the link Do not sell my personal information.
×
Manage consent