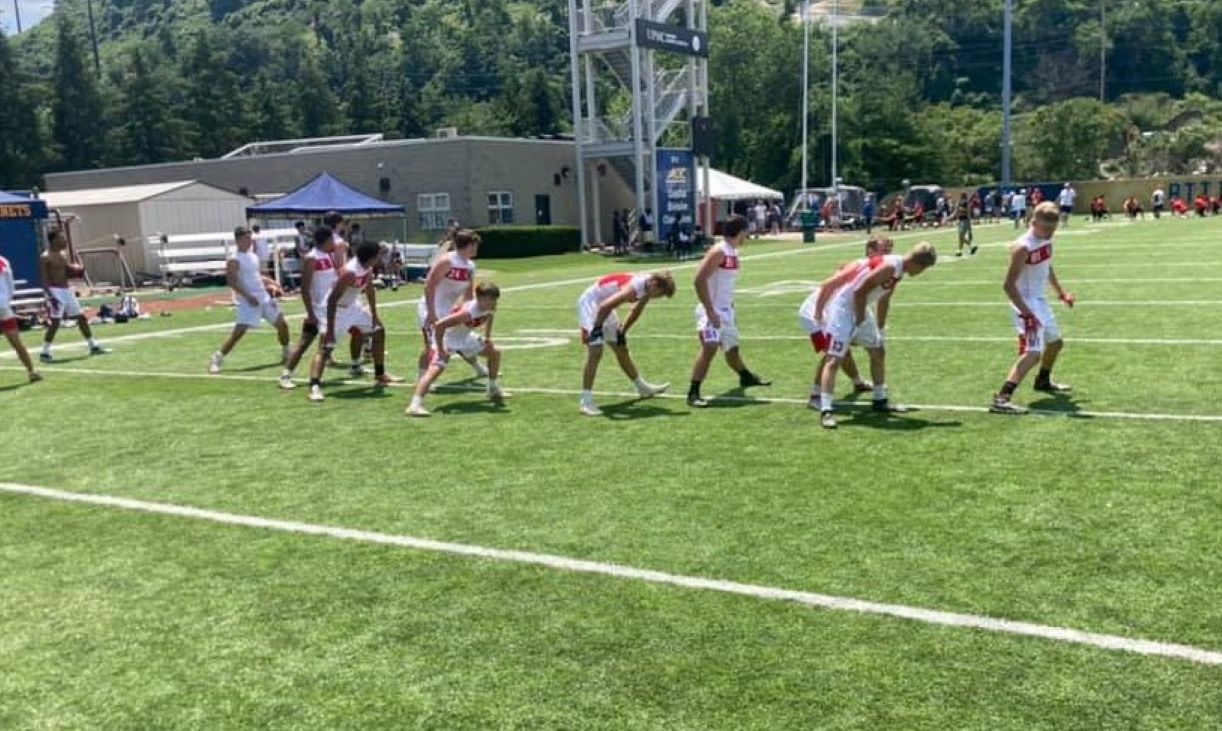 Hey everyone. Just wanted to check in and see how everyone is doing.

As the month of July winds down, it’s getting to be that time of year again. Time to start thinking in earnest about high school sports.

And as I do a couple of things have popped up on the radar screen that are worth writing about.

KIDS WHO PUT IN SUMMER WORK WILL BE REWARDED

It’s great to scroll through social media during the summer and see high school athletes working so hard. That hard work will be rewarded.

The best athletes are the ones who work at their craft.

And whether it is summer AAU basketball or 7-on-7 football or travel baseball/softball or summer soccer/wrestling/volleyball (you name the sport) there are plenty of athletes in District 10 and District 9 working their tails off this summer.

That will pay dividends down the road.

No longer is high school sports something you can show up for in the second week of August having done nothing all summer and success is just yours.

Players and teams that have the most success are the ones who worked for it.

Do you think Emma Ruhlman’s three free throws to win the D10 5A hoops title with no time on the clocks last year for Warren was an accident? Think again. Ruhlman made those shots because she practiced making those shots.

Do you think Clarion’s run to the PIAA basketball semifinal game last year came out of nowhere? Then you didn’t see Cal German and his teammates balling it out every day during the summer at the outdoor courts at Clarion University because there was nowhere else to play during the summer 2020 Pandemic shutdown.

Wilmington’s football team doesn’t step onto the field in early August and win D10 titles and go to PIAA title games because they are just talented. They do so because their players have lived in the weight room since last November.

While championships are won in front of thousands, they are built with hard work, sweat, and tears when no one is watching. Kudos to all these athletes working hard this summer.

D9 SHOULD FOLLOW D10’S LEAD WITH INVITE-ONLY PLAYOFFS; SEEDING
Not sure how many D9 people read Andy Close’s story today (July 28) from the District 10 committee meeting Tuesday, July 27, but you should.

D10 did a couple of things yesterday that make perfect sense in the world of sports and hopefully District 9 will follow.

At its July Committee Meeting, District 10 decided to make all playoff tournaments invitation-only and to seed the brackets presumably using a committee.

“We did that for team sports this past year and it worked out really well,” said District 10 Chairman Pete Iacino. “The process that we had went very well. It was remarkably good in terms of how teams were seeded and how things ended up. There are always anomalies, of course.”

For too long, almost all of District 9’s tournaments (football has been the exception) have been open tournaments where the schools had to make the decision as to whether or not they were going to the postseason regardless of record.

Think about the pressure this puts on District administrators and the inequities it creates district-by-district as to who gets to go to the playoffs.

Some schools have a firm “.500 policy” meaning that if the team’s record isn’t .500 or better they don’t go to the playoffs – no matter what.

Other schools have a modified “.500 policy”. These policies aren’t all the same.

Yet other schools don’t have a .500 policy at all. They allow their administration to determine whether a team should go to the postseason or not. Some admins are good at understanding circumstances reloving around why a team might not be .500 and say sure, go play. Others aren’t quite as astute to know their team isn’t very good and a not-so-good team ends up in the postseason. Thankfully, the latter doesn’t happen very often.

But why have a system where every school has a different path to the postseason? Who else really does that? You look around the landscape of sports, and nearly every sports league has a set policy for how you reach the postseason.

But District 9 doesn’t, and honestly hasn’t in the 20-plus years I have covered it. It isn’t any person’s fault not any committee’s fault. It is just the way it has always been done.

We are, however, at a point in time where we can take a look at possibly doing things differently, doing things better. And one of the ways we can do that is by setting a policy on how teams reach the postseason.

The second part is just as important if not more important than how teams get there.

It is how they are seeded.

For decades, District 9 has used a seeding formula in most sports (wrestling being an exception) that relied on a math formula that either was straight winning percentage or a formula that takes into account the number of wins plus the classification of the teams you played and sometimes even the number of wins your opponent has.

This would be great if everyone played the same schedule.

They do not. Therefore, using a math formula is comparing apples to oranges. Some Class 1A schools may only play other Class 1A schools which could help them in a formula that only considers winning percentage but hurts then in a formula that considers classifications played. With the classification formulas, a Class 1A team also ends up getting more credit for beating a winless Class 5A school and less credit for beating an unbeaten Class 2A school. That’s not fair.

Last year, because of the COVID-19 situation District 9 did use a seeding committee in some sports last year, and it too, worked out to a better extent than just using a math formula has in the past – not perfect – nothing is ever perfect – but better. Here is hoping that stays and is expanded this year!

FOOTBALL JUST AROUND THE CORNER

As I write this football is just 12 days away from starting heat acclamation practices. You read that right, 12 days!

The fun starts next week in District 9 when the D9 football League holds its media day Aug. 4 at St. Marys High School (we will have you covered with all kinds of things going on). That day features every school in District 9 but Clearfield and Curwensville. Clearfield has been in a District 6 league for years now but Curwensville chose to leave the D9 Football League this year and join a D6 league as well.

Speaking of playoff seedings and qualification, it will be interesting to see what D9 does with Curwensville. While Clearfield is one of just a few teams that play in Class 3A and 4A, Curwensville is in either Class 1A or 2A for every sport. It’s easy to put Clearfield in the proper seeding when only a couple of teams are seeded. It is going to be much different with Curwensville.

There will be a ton of changes in the coaching ranks in the winter in both D9 and D10.

You have to wonder if coaching through the pandemic last year was enough for a lot of coaches to say enough is enough.

Now that’s not the only reason some left. Some just reached the point of wanting to retire from coaching and others were let go by their school boards. But you have to figure the stress some faced from coaching in the pandemic and the issues they had to try to navigate because of it was too much to want to continue coaching.

Traveling with the D9and10Sports Gang: Calling an Audible to the Pro Football Hall of Fame
Column: Co-Ops are Never Easy, but can be Very Successful
We use cookies on our website to give you the most relevant experience by remembering your preferences and repeat visits. By clicking “Accept All”, you consent to the use of ALL the cookies. However, you may visit "Cookie Settings" to provide a controlled consent.
Cookie SettingsAccept All
Manage consent