Top 25 Countdown No. 6: Brookville Mine(r)s its Way to Hershey 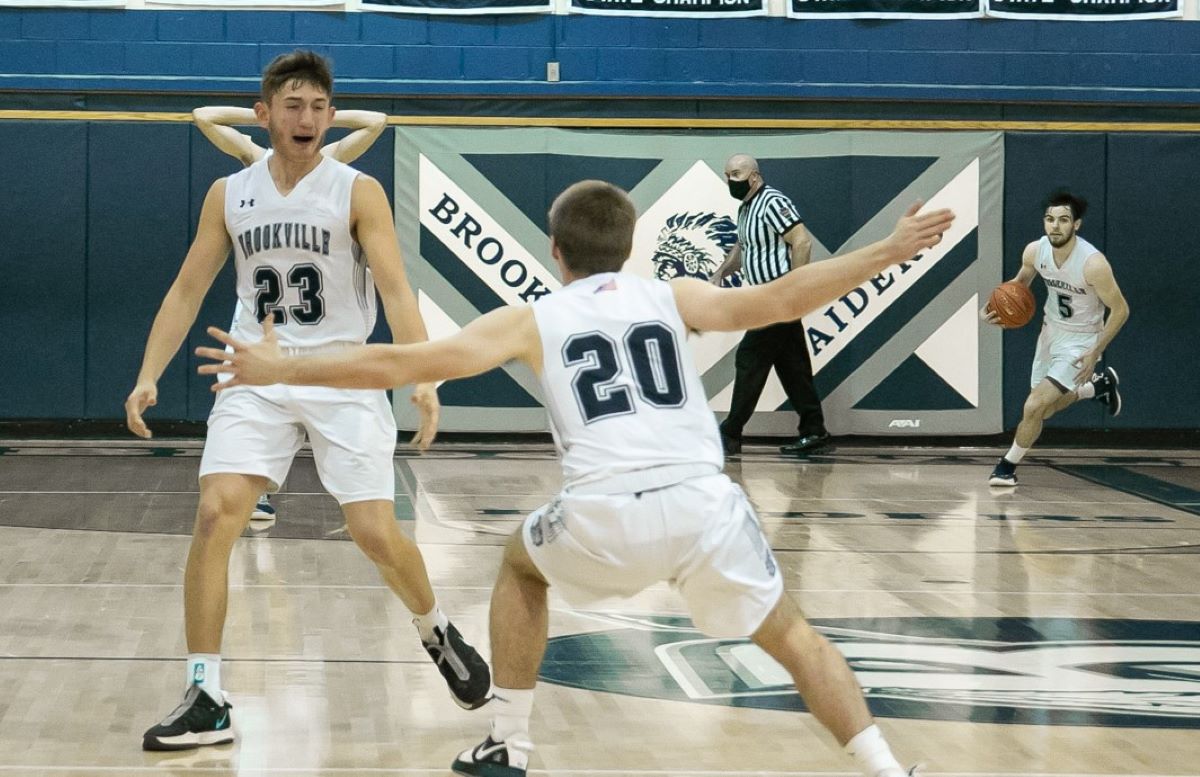 Going into the 2021 PIAA Class 3A basketball playoffs, Brookville figured it had a talented team that could win a game or two along the way.

But a trip to Hershey? To the PIAA Championship game? That was only a dream considering District 9 had seen exactly three teams in the 21st century reach the title game and none in a classification higher than Class 1A.

And any dreaming was nearly derailed before it even got started.

Then the planets aligned, big plays were made, and clutch moments were had.

But while the Lions were shooting the extra shots, Brookville head coach Dalton Park brought to the attention of the officials that a Chestnut Ridge player had illegally entered the game. That led to the Raiders technical shooting free throws of their own, and the momentum swung.

Brookville went on an 11-0 spurt to take the lead thanks to 10 straight points from Jace Miner. That run was part of a bigger 24-6 run by the Raiders that led to a 68-58 win.

Miner, the Raiders flame-throwing, left-handed baseball star who is on his way to Wichita State on a baseball scholarship, continued to show his brilliance in Brookville’s opening PIAA game in the quarterfinals at WPIAL champion Ellwood City.

A turnover by Ellwood City gave Brookville the ball with 25.5 seconds to play, but the Raiders gave it right back in front of the Raiders bench with 13.2 seconds to go.

At that point, Brookville was just hoping for overtime.

Instead what the Raiders got was the play of the year – if not the century – by Miner.

Starting from just behind midcourt, Miner read the inbounds pass, stole the ball, and laid it in with 9.4 seconds left to give Brookville a 62-60 lead.

Ellwood City still had s shot, and they took one from inside the paint as time expired only to have Miner, who else, swat it away for the game-clinching blocked shot.

Onto the PIAA semifinals for the first time in school history, Brookville was involved in another wild affair at home against Bishop Guilfoyle.

With Brookville clinging to a 45-44 lead the horn sounded three times before it was actually called an official game.

The first time occurred after Patrick Haigh missed a stepback jumper with 3.2 seconds left and Ian Pete grabbed the rebound, the buzzer sounded, and the Brookville players went crazy.

But the officials decided Pete was fouled with 0.6 of a second left sending him to the free-throw line.

The officials, however, got confused as to who really should have gone to the free-throw line and sent Hunter Geer there instead of Pete.

Geer, who had given Brookville the lead, 45-43, with a jumper with 1:18 to play, hit the first free throw to make it 46-44 but missed the second one. The rebound caromed toward the left corner where a BG player tracked it down.

Bishop Guilfoyle got an OK look from 35-feet away. It was off the mark. This time the celebration was real. Brookville was headed to Hershey.

In Hershey, the Raiders ran into a team on a mission in Loyalsock and fell, 75-53, but it was a ride their fans will never forget.