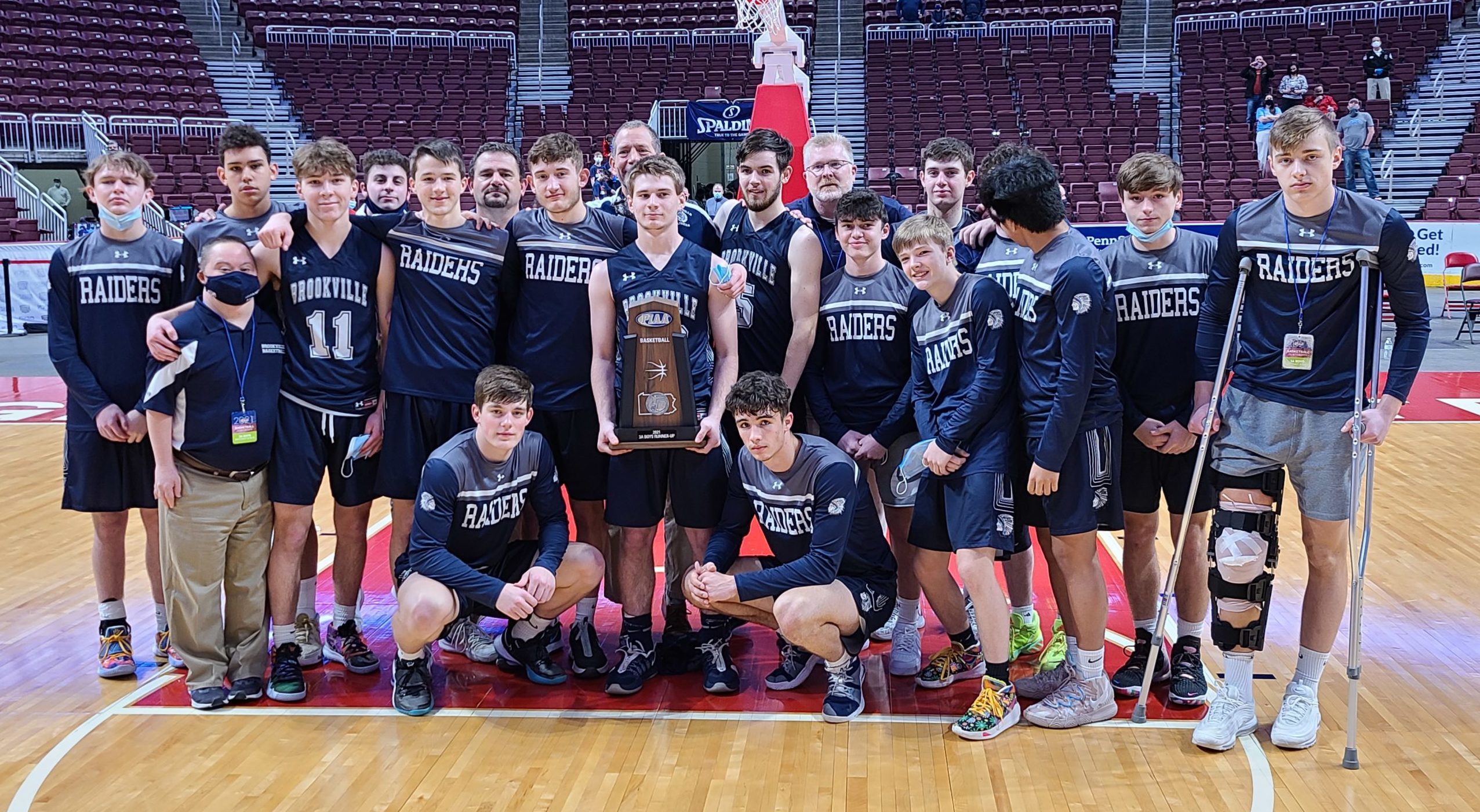 The Raiders ran into a buzzsaw in the form of a hot-shooting Loyalsock team, falling 75-53 in the PIAA Class 3A championship game at the Giant Center in a game that, no matter what was going to see one team walk off the court with its first state title in program history.

They did so by shooting the lights out, almost literally.

That 45 percent isn’t a bad number by any means, but the Raiders just weren’t able to keep up with the Lancers’ pace.

Brookville’s Griffin Ruhlman drives to the basket. Ruhlman had 19 points in the championship game loss to Loyalsock.(Photo by Paul Burdick. Check out more of Burdick’s work here)

A 16-0 run in the first quarter gave Loyalsock an 11-point lead after the Raiders jumped out to an early 8-3 advantage after a jumper from Griffin Ruhlman.

“They got hot,” Park said simply. “We jumped out to the lead, we had confidence, they hit a couple, we missed some bunnies early and then you could just see the confidence leave us. And once they hit a couple of 3s their confidence really started going off and right at that point in time, that was a big swing.”

“Nobody wants to get down early, but especially with what they can do,” Park said. “They can spread the court on you and hurt you like they did.”

Brookville’s Jace Miner goes up for 2. Miner had 19 points in the final game of his brilliant high school basketball career. (Photo by Paul Burdick. Check out more of Burdick’s work here)

Brookville (23-3), showing its championship toughness, responded to that with a 12-0 run of its own, which spanned to the 6:39 mark of the third quarter, capped on a Danny Lauer layup off a steal from Jace Miner.

Miner and Hunter Geer also made big shots during the surge.

“I’m pretty proud of that,” Park said of his teams’ run. “They got some confidence going and in a state championship game, my goodness, you know there’s no quit and they kept coming back.”

A Saraj Ali layup made it 42-32, however, and the Lancers led by double-digits the rest of the way.

“We made two good runs and, to their credit, they came out and knocked down a couple of 3s right back at us,” noted Park. “We didn’t handle the screens very well, and they got open on those and they shoot well off the drive and off the dribble.”

A majority of Brookville’s offense came from Miner and Ruhlman, who finished with 19 points each.

Both players did most of that scoring work on the inside, with Miner’s aggressive slashing style leading to an 8-for-15 shooting performance, while Ruhlman was even better at 8-for-13.

Conversely, all four of Loyalsock’s players who came into the game averaging double figures hit that mark, with Dominic Jennings and his 22 points, which included 5-of-7 from 3-point range, leading the way.

Elijah Gair finished with 16, as did Idris Ali, while Saraj Ali added 14.

It wasn’t the end they were hoping for, but the Raiders can look back fondly on this season knowing they made history as the first Brookville boys’ basketball team to make it to the state championship game.

“We knew when we came in we had at least second-place,” Park said. “We didn’t travel down here to stay set, we came down here to come in first. It does sting. I’m happy, the guys are happy, but we’re not showing it right now. And I don’t expect them to.

Villa Maria’s Bid for Perfect Season Comes up Just Short in PIAA Class 4A Championship Game
Northwest Region Grapplers Shine at MyHouse PA State Girls Wrestling Championships
This website or its third-party tools process personal data.In case of sale of your personal information, you may opt out by using the link Do not sell my personal information.
×
Manage consent