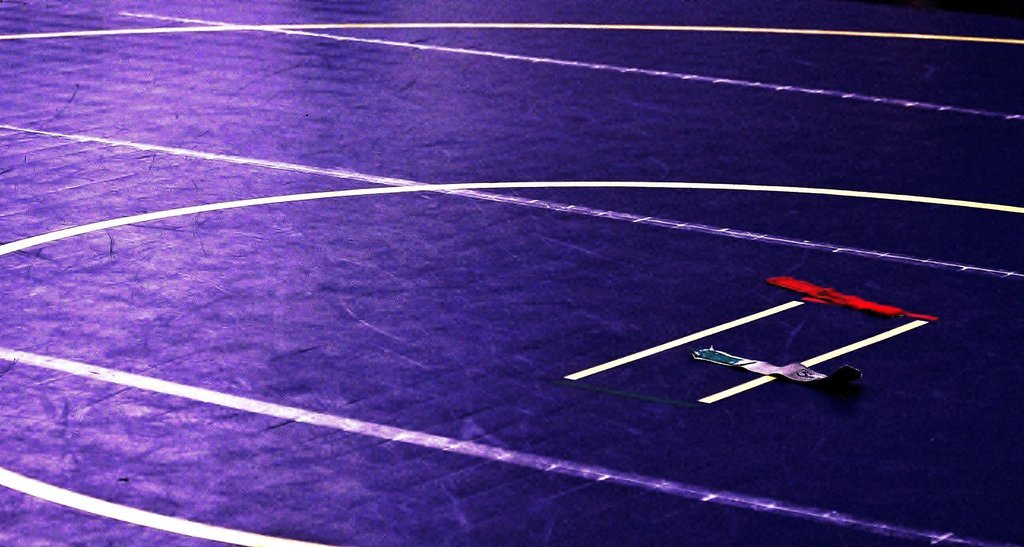 The Northwest Region was well represented at the MyHouse PA State Girls Wrestling Championship on March 21 in Manheim.

Open to any female grappler competing at a public or private school within the geographic boundaries of Pennsylvania, the event attracted four wrestlers from DuBois, two from Greenville, and one each from Saegertown, Fort LeBoeuf, and Clarion.

(Note: Currently only nine Pennsylvania high schools sponsor girls wrestling, none in the NW Region. Some competitors at the state championship competed under the banner of their respective schools, both sponsored and unsponsored, while others as members of club teams. All high school records were compiled while participating on boys’ teams.)

DuBois junior Andrea Wilmoth was the big winner on the day, improving upon her third-place finish at 147 pounds in 2020 by capturing the title at that weight this year.

Wilmoth, one of 13 at 147 pounds, pinned her way to the title, sticking, in order, Lacey Hinman of Troy (2:08), Pottstown’s Mia Bumgarner (2:50), last year’s champion Hannah Spielman of Strathhaven (5:02), and Central York’s Alexandria Ortiz (3:01). Wrestling primarily at 152 pounds during the high school season, Wilmoth posted a 2-8 record for DuBois.

This set up a rematch of the 2020 final between Steiner and Governor Mifflin’s Jayleah Peltz. Like a year ago, Peltz won by pin (4:51), relegating Steiner to second place in the nine-person bracket.  Steiner competed at 106/113 pounds for Saegertown this past season, going 8-4, and finished her scholastic career with a mark of 18-21.

The 108-pound bracket was the largest of the tournament with 16 competitors. Przybycien, last year’s titlist at the weight, rolled into the finals by pinning Taylor Bloom of the Lancaster Wrestling Alliance (0:54) in the first round, decking Central Mountain’s Olivia Miller in the quarterfinals (0:50), and decisioning Natalie Alfera of the Rogue Girls Wrestling Club, 8-2, in the semifinals. In the finals, Przybycien dropped a close 3-2 decision to Lexia Schechterly of Team Pennsylvania.

Koehler, who finished second to Przybcien a year ago, lost her opening round match, falling, 4-2, to Central Mountain’s Madison Packer. Once on the opposite side of the 108-pound bracket, Koehler went on a pinning tear, first sticking Bethany Starliper of Fairfield (0:35), then decking Ride Out Wrestling Club’s Savannah Paulhamus (1:32), and finally laying out Przybycien’s quarterfinals’ victim, Miller (0:47).

Koehler was finally stopped by Madison Packer of Central Mountain in the consolation semifinals, losing a 6-4 decision in sudden victory. Koehler rebounded with an 11-3 major decision against Ridley’s Paityn Soderland to take fifth.

Przybycien won sectionals at 106 pounds for Fort LeBoeuf, advancing to the NW Regional tournament after taking fifth at the District 10 championships. She concluded the high school season with a 10-7 record. Koehler was 1-0 this past season and ended her scholastic career at Greenville with a 2-4 mark.

Abby Klaiber of DuBois went 2-2 at the tournament. Going 1-2 were DuBois’s Aubree Donahue (101 pounds) and Alison Young (108 pounds), as well as Chesney Boggess (162 pounds) of Clarion. Greenville’s Rieanne Zajack (147 pounds) was 0-2. Of these five, all sophomores, everybody but Zajack saw varsity action for their respective high school teams in 2021.

Brookville’s Historic Season Ends in Silver After Loss to Loyalsock in PIAA Class 3A Title Game Powered by Kelly Chrysler Jeep Dodge Ram
Final 2021 District 9 Girls’ Basketball Scoring Leaders – Port Allegany’s Garzel Leads D9 in Scoring
This website or its third-party tools process personal data.In case of sale of your personal information, you may opt out by using the link Do not sell my personal information.
×
Manage consent