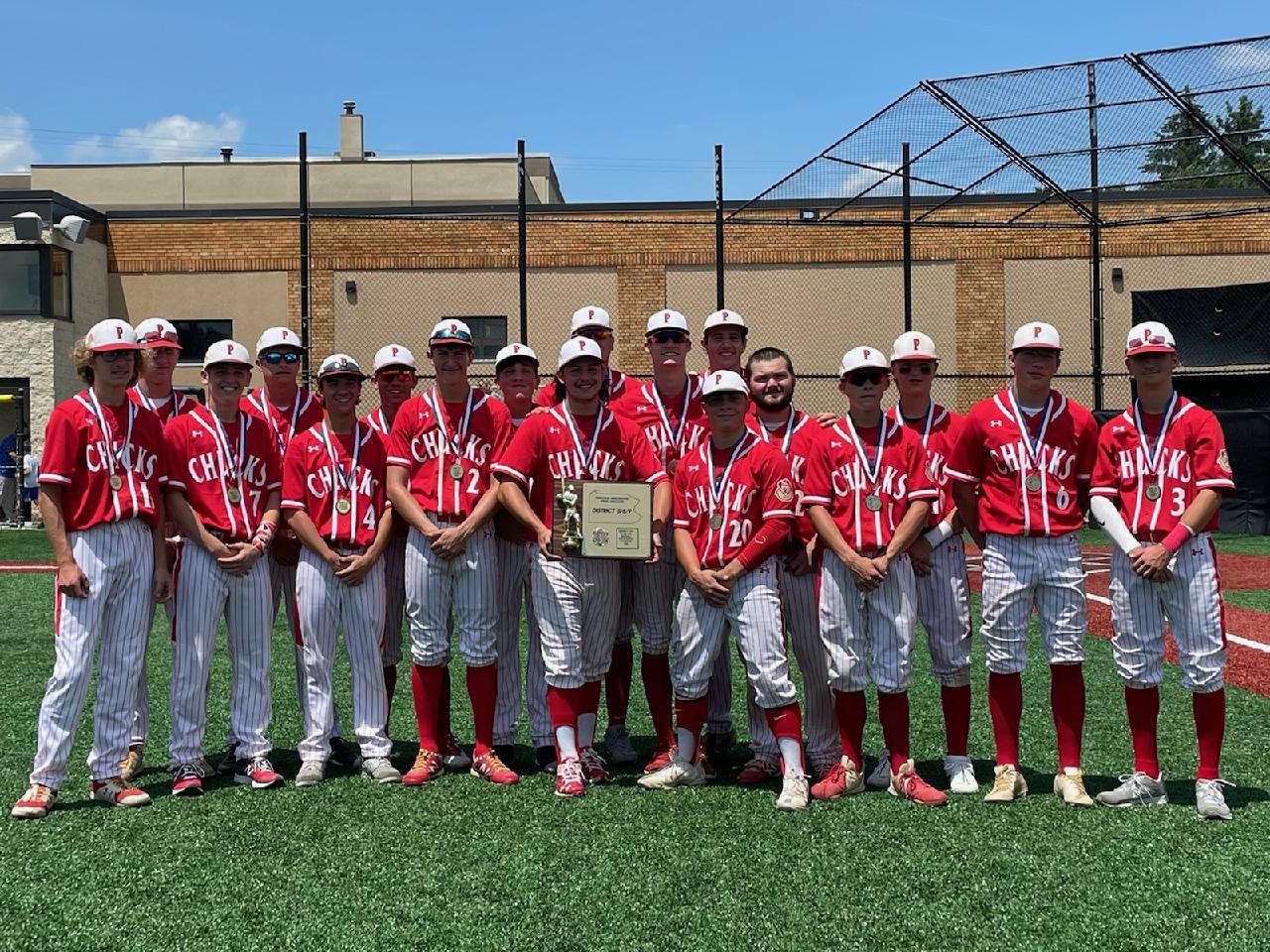 SOMERSET, Pa. – It took until the eighth inning, but Punxsutawney finally broke through against Bedford, scoring a pair of runs in the eighth to back a brilliant pitching performance by Jake Sikora in the District 5-8-9 subregional championship game.

With the win, the Chucks advance to play District 6 champion runner-up Penns Valley in the first round of the PIAA playoffs on Monday. They also avenged a loss last season to Bedford in the same round.

In the top of the eighth, Zeke Bennett drew a leadoff walk for the Chucks and scored when Isaac London’s fly ball to left was misplayed. After a groundout, Josh Tyger drove in London with a double.

Sikora reached his pitch limit to end the seventh, but nevertheless got the win with seven dominant innings. He allowed just two hits and one walk, striking out 14, throwing 72 of his 107 pitches for strikes.

Owen Taylor reached on a dropped third strike to lead off the bottom of the eighth, but Bennett got a strikeout, then pickled Taylor off first and got another strikeout to end the game.

Mercury Swaim came on in relief and suffered the loss. He went five innings and allowed two runs (one earned) on three hits and three walks, striking out two.

Sikora, Tyger, and Peyton Hetrick all had doubles for the Chucks.

DuBois’ Season Comes to an end at the Hands of Central Mountain in 5A Subregional Powered by North Washington Rodeo
Redbank Valley in PIAA Playoffs for First Time Since 2010 With Extra-Inning Victory over Camp Hill Powered by North Washington Rodeo
This website or its third-party tools process personal data.In case of sale of your personal information, you may opt out by using the link Do not sell my personal information.
×
Manage consent