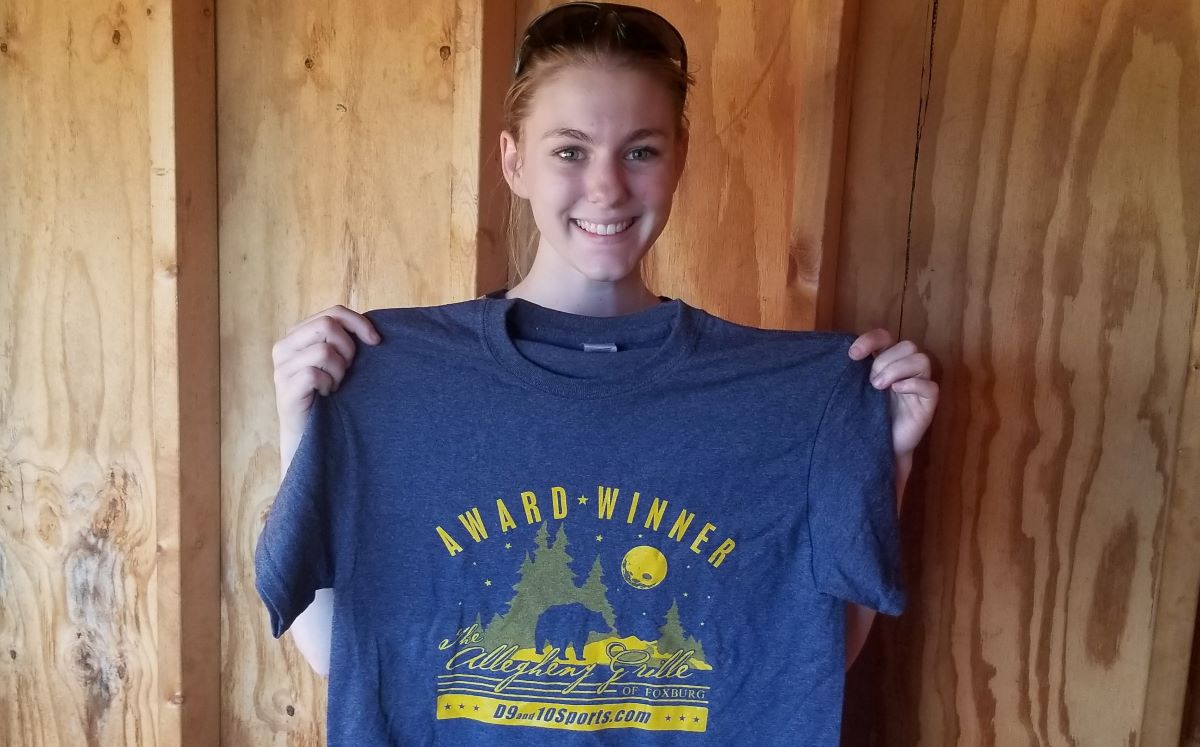 CLARION, Pa. – Scoring three runs in the top of the sixth to break a tie game, Clarion-Limestone broke an 11-game losing streak to crosstown rival Clarion with an 11-9 road win at Paul A. Weaver Field.

Clarion had scored four times in the bottom of the fifth to tie the game at eight when C-L loaded the bases with no outs in the top of the sixth thanks to a walk and two singles.

A fielder’s choice erased a runner at the plate, but Regan Husted broke the tie when she scampered home on a wild pitch.

“I think we were starting to get down a little bit,” Husted said. “But we knew there was still time to play, still time to get some more runs in. We were just mainly focused on that.”

The Lady Cats got a run back in the bottom of the sixth but left the tying run at second. Then in the seventh, Jordan Best reached on an error with one out before Husted, who had relieved Cassidy Makray in the fifth inning, induced a double-play ball off the bat of Brenna Campbell that went to shortstop Kendall Dunn. Dunn stepped on second and fired to first to secure the Lady Lions first win over Clarion since an 18-1 victory May 8, 2014.

“This is a big thing,” Husted said. “I think it is a lot of motivation to just keep going in this season, keep going for districts.”

Husted had a big game for C-L going 3-for-5 with an RBI and three runs scored while also getting the win after pitching 2 ⅓ innings allowing one run, it was earned, on four hits while striking out one.

Batting out of the No. 6 hole, Husted was part of a trio of players hitting from No. 6 through No. 8 that fueled the Lady Lions offense going a combined 8-for-14 with seven runs scored and four RBIs.

No. 7 hitter Alyssa Wiant was 2-for-5 with a double, two runs scored, and two RBIs, and No. 8 hitter Jocalyn Henry was 3-for-4 with a walk, an RBI and three runs scored.

“Everyone knows it is important to have a strong lineup the whole way through,” Husted said. “I think we really have that. It’s helped us a lot this season so far.”

Beer pitched 1 ⅓ scoreless innings allowing one hit while hitting a batter and striking out two.

Also for the Berries, Rylee Coe went 2-for-4 with two runs scored.

Jenna Blitz got the win allowing seven runs on just four hits. She walked two, hit three, and struck out 10.

Madison McFarland was 1-for-3 with a triple and a run scored while also getting hit by a pitch for Forest Area.

Cranberry scored five in the top of the first and built the lead to 7-0 after 3 ½ innings before Forest Area got a run in the fourth and two in the sixth to make it 7-3. The Berries then added what turned out to be two important insurance runs in the seventh before Forest Area scored four times in the bottom of the inning.

Bowser got the win going six innings allowing three runs, all earned, on five hits and two hit batters while striking out five.

Blauser was 4-for-4 with a walk, a home run, four runs scored, and six RBIs, while Parks was 2-for-5 with a double, a run scored, and four RBIs.

Rylie Colligan was 2-for-3 with a double and an RBI for Union, while Mackenzie Davis was 2-for-2 with a run scored.

SHEFFIELD, Pa. – Moira Stanisch had a pair of doubles while going 2-for-3 with two runs scored and three RBIs in Elk County Catholic’s 23-2, three-inning road win over Sheffield.

Gabby Weisner was also 2-for-3 with a pair of walks, three runs scored, and three RBIs for the Lady Crusaders, who scored the 23 runs with just 10 hits.

ECC drew 16 walks while also being hit by a pitch in the contest.

Emily Mourer, Reagan Weaver, Caitlyn Vollmer, Josie Lawrey, and Mackenzie Bille each added a pair of RBIs in the victory.

Lexi Goldthwaite was 1-for-1 with two runs scored for Sheffield.

Lilly Lauffenburger took the loss going 2 ⅓ innings allowing 18 runs scored, 15 earned, on six hits while walking 14. Emily Foster relieved and gave up five unearned runs on four hits, two walks, and a hit batter while striking out one in ⅔ of an inning.

COUDERSPORT, Pa. – Sierra Myers was 3-for-4 with three doubles, a run scored, and three RBIs to lead Coudersport to a 16-8 win over visiting Port Allegany.

SHINGLEHOUSE, Pa. – Kate Rhinehart went 2-for-3 with three RBIs to lead Otto-Eldred to a 10-2 win at Oswayo Valley.

Abby Wolfe and Bri Heller combined on a two-hit shutout striking out a combined 11.

McKenzie Mesler was 1-for-3 with an RBI for Oswayo Valley.

Macy West took the loss allowing 1- runs on 10 hits and two walks while striking out 15.

Another Northern Potter product, Megan Hyde, hit a home run while going 2-for-3 with a walk, two runs scored, and two RBIs.

Varegson got the win going two innings walking one and striking out one.

Aleigha Geer was the winning pitcher for the Lady Beavers.

KARNS CITY, Pa. – Garrah Milochick went 3-for-4 with a double, a triple, two runs scored, and two RBIs to lead Karns City to a 16-4, five-inning victory over visiting Moniteau.

Sarah Patton added a pair of hits for the Lady Gremlins going 2-for-3 with an RBI, while Marra Patton was 1-for-2 with two RBIs.

St. Marys Tennis Outlasts ECC
April 14, 2021 D9 Baseball: Dixon (Clearfield), Splain (Otto-Eldred), Miner (Brookville) Dominate the Mound in Victories
This website or its third-party tools process personal data.In case of sale of your personal information, you may opt out by using the link Do not sell my personal information.
×
Manage consent