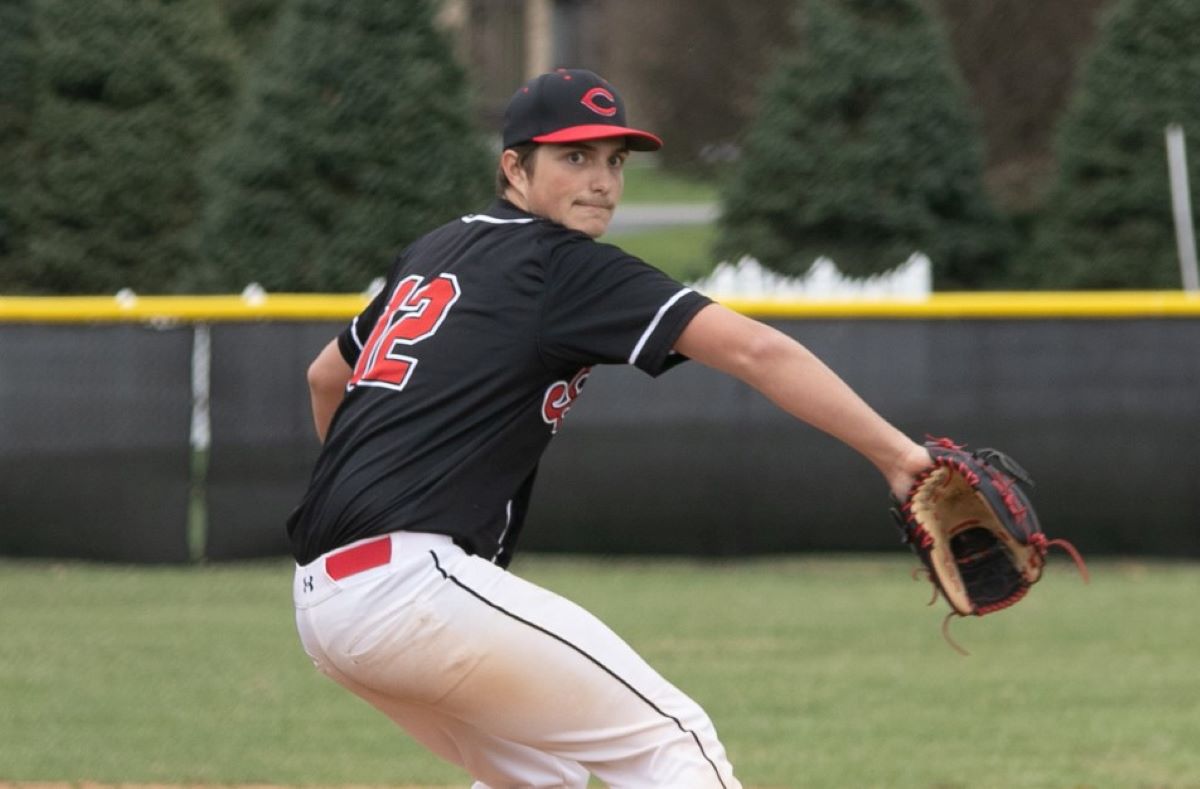 Dixon allowed just four hits while striking out 10 without issuing a walk. He threw a whopping 64 of his 77 pitches for strikes.

The Bison struck for their lone run in the third inning, courtesy of a Nolan Barr RBI groundout.

Josh Bryson was the tough-luck loser, allowing just three hits in his six innings of work, striking out four without issuing a walk.

Splain struck out eight and threw 43 of his 65 pitches for strikes.

The Terrors outscored the Green Wave 12-0 in innings three through five.

In the 5-run fifth inning, Cole Sebastian, Merry, and Gavin Silvis all knocked in runs. Sebastian went 2-for-4 with four runs scored, while Jacob Coffman had two runs scored and two RBIs, and Josh Rhinehart was 2-for-2 with an RBI.

BROOKVILLE, Pa. — Jace Miner tossed a one-hitter with 11 strikeouts and two walks to lead Brookville to a 10-0 win over DuBois in a five-inning game stopped by 10-Run Rule at McKinley Field.

With Miner dominating, the Raiders put up a 14-hit attack and scored seven runs in their final two at-bats, including four in the bottom of the fifth to end the game with one out.

Alex Pasternak hit a lead-off double in the second inning for the Beavers.

Karson Fields took the loss on the mound for the Beavers, going the first four innings and giving up 10 hits and six runs, five of them earned with three strikeouts and two walks. Michael Orzechowski threw the fifth, allowing four hits and two walks in his 1/3 of an inning.

With the game tied 1-1 in the second, the Falcons scored three runs to take a 4-1 lead. The margin swelled to 7-1 after four innings.

Redmond was brilliant on the mound as well, getting the win. He threw six innings, allowing three runs (one earned) on just three hits while striking out seven.

Ryan Clouser added a 2-for-3 performance for the Falcons.

Carter Moses drove in a pair of runs with a base hit in the fifth inning for the Gators.

Luke Zimmerman, Aiden Zimmerman, Camron Marciniak, and Kaden Dennis all drove in runs in the big second inning for the Rams.

Dennis drove in three runs for the Rams, while Marciniak drove in two. Marciniak and Caden Smiley had two hits apiece.

The Rams also took advantage of eight walks and three errors by the Crusaders.

The Bulldogs scored at least one run in every inning, including four in the first.

Minich’s home run was a solo shot in the first inning, while Bain’s was a 2-run blast in the second inning.

Jimmy Gundlach went 3-for-4 for the Bulldogs, belting a pair of doubles and driving in a pair.

Hudson Martz got the win, allowing one run in his four innings of work. Martz allowed two hits and struck out six. Bain tossed a scoreless inning, striking out one.

Keenan Heeter took the loss, allowing four runs in an inning of work.

KARNS CITY, Pa. – Moniteau scored seven runs in the fourth inning on its way to a 9-2 win over Karns City.

Dawson Wallace, AJ McElravy, Tanner Williams, Keagan Book, and Mason Mershimer all drove in runs in the fourth for the Warriors.

Williams, Book, Wallace, and McElravy all finished with two RBIs apiece for the Warriors.

Brady Thompson earned the complete-game victory for Moniteau. The hurler allowed nine hits, walked one and struck out five.

Cole Sherwin took the loss for Karns City, allowing six runs on two hits and five walks in his 3 ⅔  innings of work. He struck out three.

Sherwin and Connor Schaffner both drove in runs for the Gremlins.

PAINT TWP.. – Gary Matus and Dawson Smail hit back-to-back doubles in the eighth inning to lift Clarion to a 3-2, 8-inning victory over Clarion-Limestone.

Clarion-Limestone took a 2-0 lead in the first inning on an error and a Bryson Huwar RBI single.

Clarion got one of those runs back in the bottom of the frame when a Ha pitch allowed a run to score.

A Devon Lauer RBI single tied the game in the fourth inning for the Bobcats.

Tyger didn’t issue a walk and struck out four, throwing 59 of his 85 pitches for strikes.

The Chucks scored single runs in the first, second, and fifth innings and plated a pair in the seventh.

Tyger and Isaac London both had RBIs as the Chucks took advantage of five errors by the Owls.

Nolan Roulo took the loss for Bradford, going all seven innings, with all but one of his runs allowed unearned. He allowed nine hits and struck out two.

The Falcons scored nine runs in the first three innings and five more in the sixth.

A-C Valley had a total of 15 hits in the game, with Max Lowrey, Riley Bauer and Ryan Cooper all collecting multiple hits in addition to Amsler and Weigle.

Cooper drove in a pair of runs and also scored three runs for A-C.

Weigle and Cooper each went three innings on the mound. Weigle struck out seven and allowed three runs on five hits and three walks, while Cooper allowed one earned run on five hits, striking out one.

Bailey Crissman drove in a pair of runs for Union.

A Galeton error made it 13-8 in the bottom of the inning, before a Jessop Farabaugh 2-run single made it 13-10. Jake Cochran induced a strikeout to end the game.

The Tigers tied the game in the seventh inning on a Patrick Lehman sacrifice fly, before Slawson flew out with the bases loaded.

Slawson got the win, going two innings, striking out five and four walks.

Treyton Tucker took the loss, allowing six runs in ⅔ of an inning.

MARIENVILLE, Pa. – Forest scored all four of its runs in the first inning en route to a 4-3 win over Cranberry.

Isaac Gilara drove in a run in the inning for the Fires.

Aiden Hartle tossed a strong game on the mound to get the win, allowing three runs on four this while fanning 10.