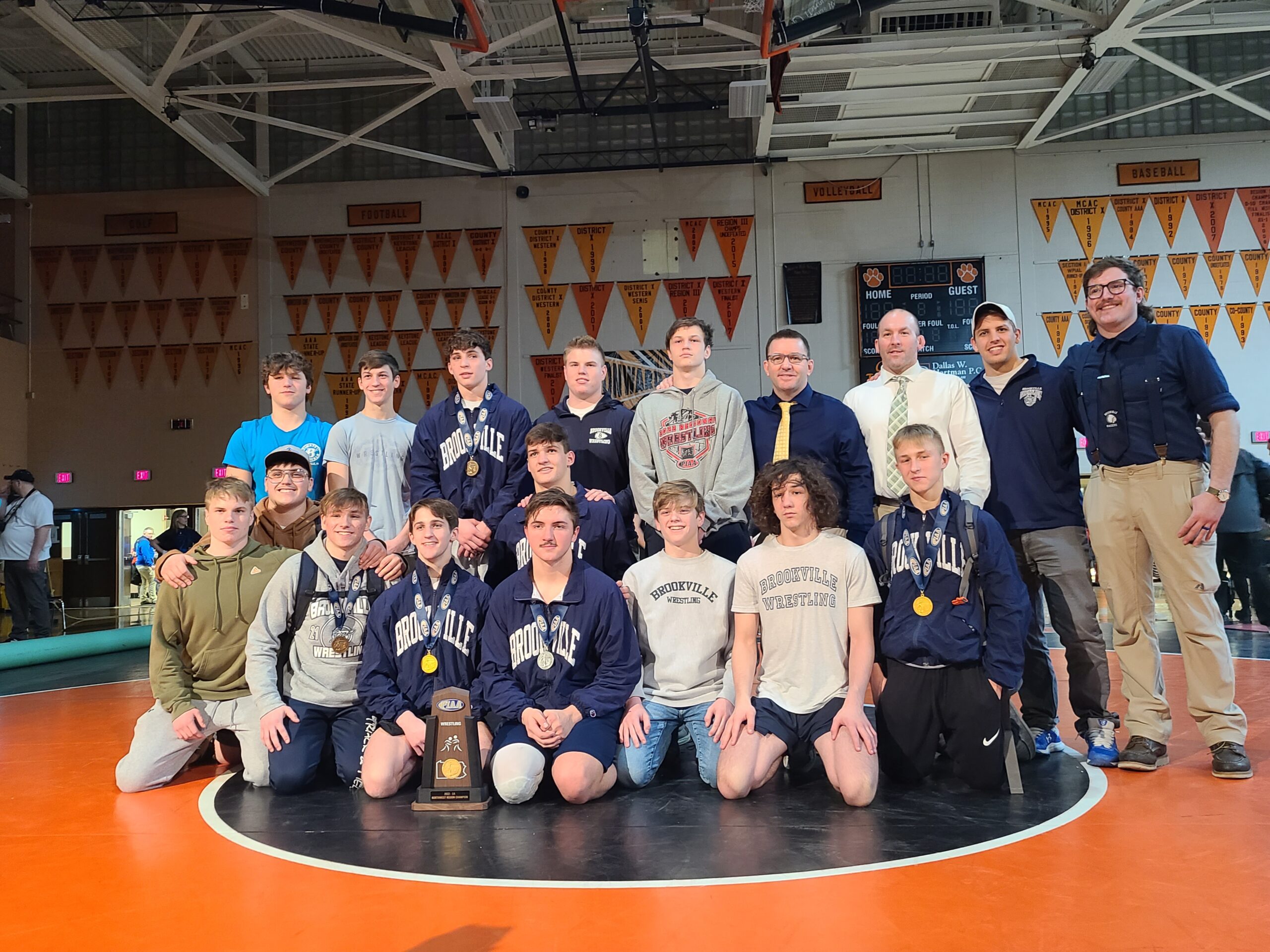 BROOKVILLE, Pa. – Brookville wrestling has a decorated history, but they accomplished something in 2022 that they hadn’t done for a quarter-century – win a Northwest Regional Class 2A team title.

The Raiders had a great weekend at the NW regional in Sharon, finishing with 141 points, which were 43 more than second-place Reynolds, which finished with 98.

Householder became the first Brookville freshman in program history to win a title with a 3-1 victory over previously unbeaten Hunter Gould of Conneaut in the 120-pound final. Reinsel, meanwhile,

Reinsel had back-to-back tech falls in the semifinals at 132, including a 15-0 triumph over Cochranton’s Jack Martinec in the final.

Also scoring key points for the Raiders were Jared Popson (fifth at 113) and Carson Weaver (fifth at 152).

“I don’t know exactly what it does for our team,” said Brookville coach Dave Klepfer after regionals. “For our program, it’s pretty big because twenty-five years, you know? And to come here and win this you obviously have to push some guys through to Hershey. Getting six through is a good number. Coming in we thought we could get six or seven on a really great weekend, maybe eight, but it’s pretty big for our program.”

Reinsel, Householder and Rafferty went on to win PIAA medals, with Reinsel leading the way with his runner-up finish.