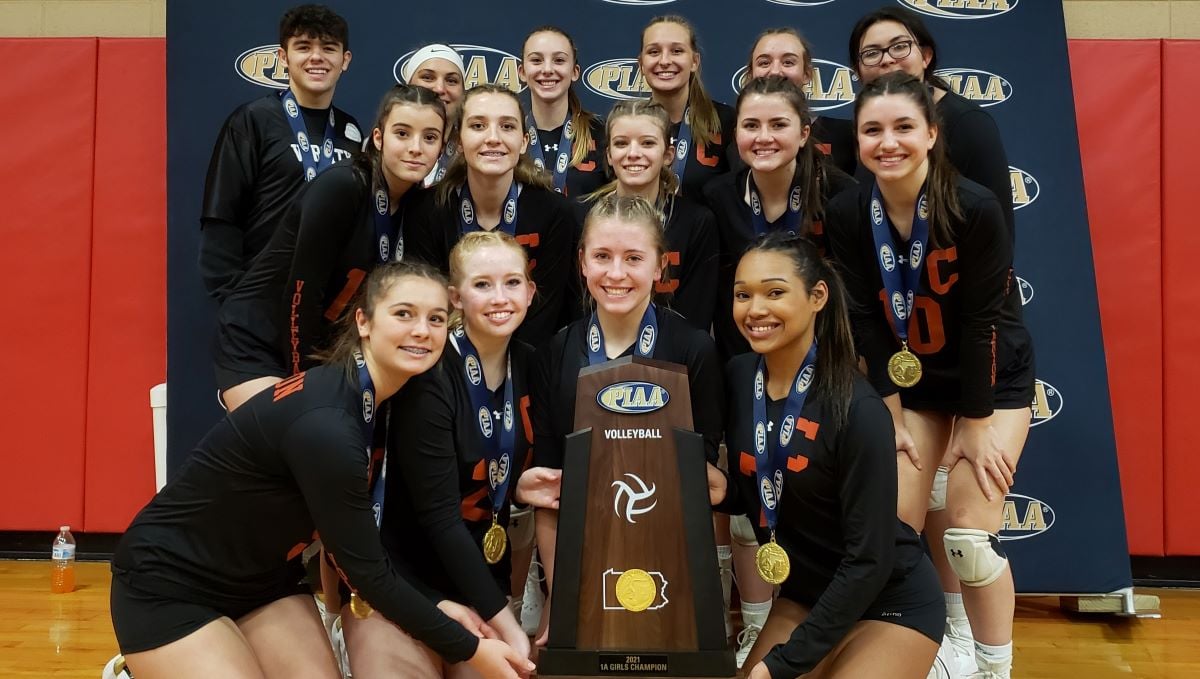 CLARION, Pa. – Twice was indeed nice for Clarion volleyball, as the Lady Cats rolled to their second consecutive PIAA Class 1A volleyball title in 2021.

It’s hard to put into words just how dominant Clarion has been over the last two years. Not only have the Lady Cats been undefeated the last two seasons, a stretch that includes a 45-match win streak, but they also didn’t drop a set on their way to the PIAA title either season.

The Lady Cats have lost just three sets over the last two seasons, but that doesn’t mean they weren’t challenged. Every time they were, however, the Lady Cats were up to the task.

Those three players, as well as Aryana Girvan (outside hitter) and Payton Simko (right side) were all selected as PVCA All-State in Class 1A.

Burns had 19 kills in the PIAA final win over Sacred Heart, while Aryana Girvin had10 kills, Payton Simko six, and Adia Needham four.

The run of dominance includes more than just the last two years. It spans 23 years with 19 KSAC titles, 15 District 9 championships, and three PIAA titles and amassing a record of 426-64 over that span.