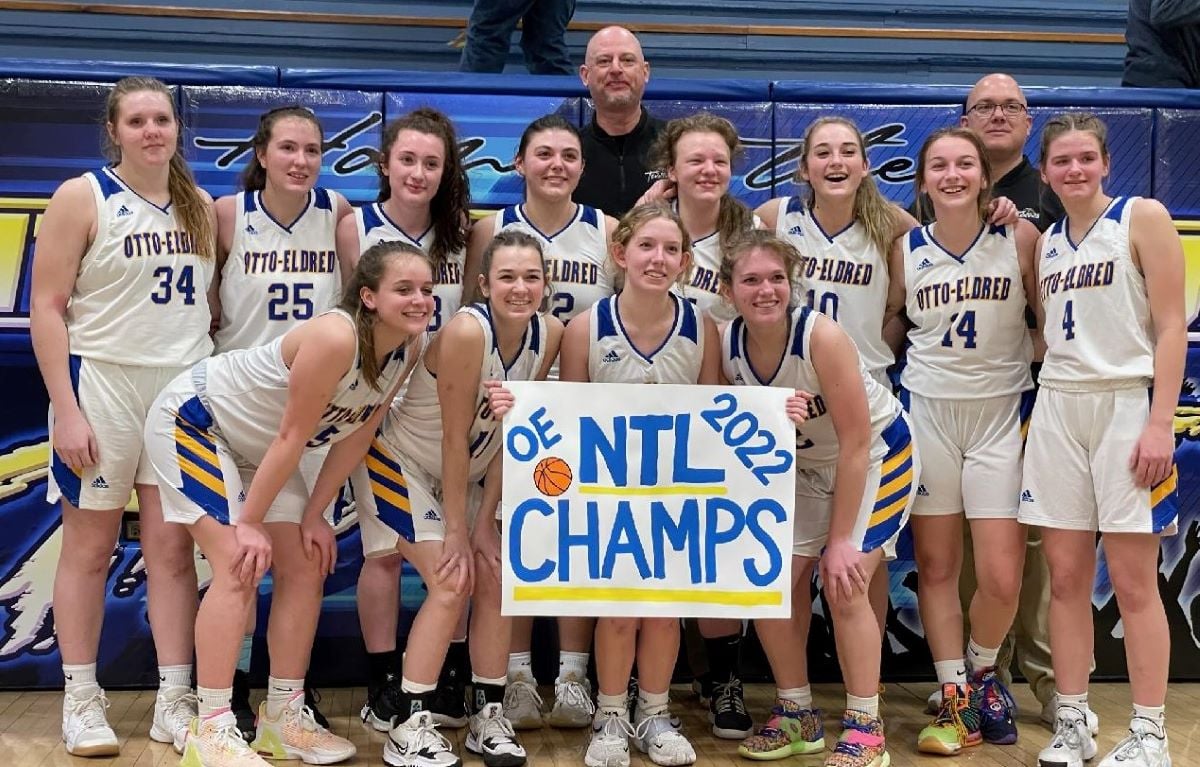 DUKE CENTER, Pa. – Otto-Eldred girls’ basketball program was all about making history in 2022.

The Lady Terrors won their first NTL title in 43 years, advanced to the District 9 Class 1A title game for just the second time in school history, and proceeded to double their PIAA victories in one season.

The PIAA ride was the most memorable part of the year with Otto-Eldred rallying from a 10-point deficit going into the fourth quarter to stun WPIAL champion Bishop Canevin, 56-51, in the second round.

A 13-0 run in the final eight minutes helped the Lady Terrors to that stunning victory at DuBois High School.

After starting the quarter down 41-31, a quick 6-0 spurt got O-E within four, 41-37. But the Crusaders hit a 3-pointer and then got a pair of free throws to go back up nine, 46-37, with just under six minutes left and the feeling was the magical season had come to an end for the Lady Terrors.

But charging back like a wild dog, Otto-Eldred went on the 13-0 run to completely change the complexion of the game with 3-pointers from Anna Merry and Carrie Drummond and a steal and layup from Katie Sheeler fueling the run.

Sheeler then capped the run with another steal and was fouled going in for the layup hitting both to make it 50-46 with 2:34 to go.

Free throws by Sheeler, who scored 29 points, helped keep the lead at three, 54-51, but a turnover with 6.1 seconds left gave Bishop Canevin one last chance. Instead of taking a three, though, the Lady Crusaders drove the lane and were fouled missing the free throws, and Sheeler capped the win with a pair of free shots.

Sheeler had a memorable postseason also scoring her 1,000th career point in a 60-53 semifinal win over North Clarion, a game that saw her score 16 of her game-high 27 points before halftime.

While Otto-Eldred fell to Elk County Catholic in the D9 title game and to eventual state runner-up Kennedy Catholic in the PIAA quarterfinals, the Lady Terrors finished the season 24-4 with their first NTL title since 1978-79 when girls’ basketball was played in the fall.

Sheeler, only a junior, was named the D9and10Sports.com District 9 Girls’ Basketball Player of the Year powered by All American Awards & Engraving after averaging 18.4 points, 5.1 steaks, 3.2 rebounds, and 3.0 assists per game and hitting 64 3-pointers.

Top 25 Countdown Powered by Hunter’s Station Golf Course: No. 24 Brookville Wrestling Wins First NW Regional Title in 25 Years
This website or its third-party tools process personal data.In case of sale of your personal information, you may opt out by using the link Do not sell my personal information.
×
Manage consent