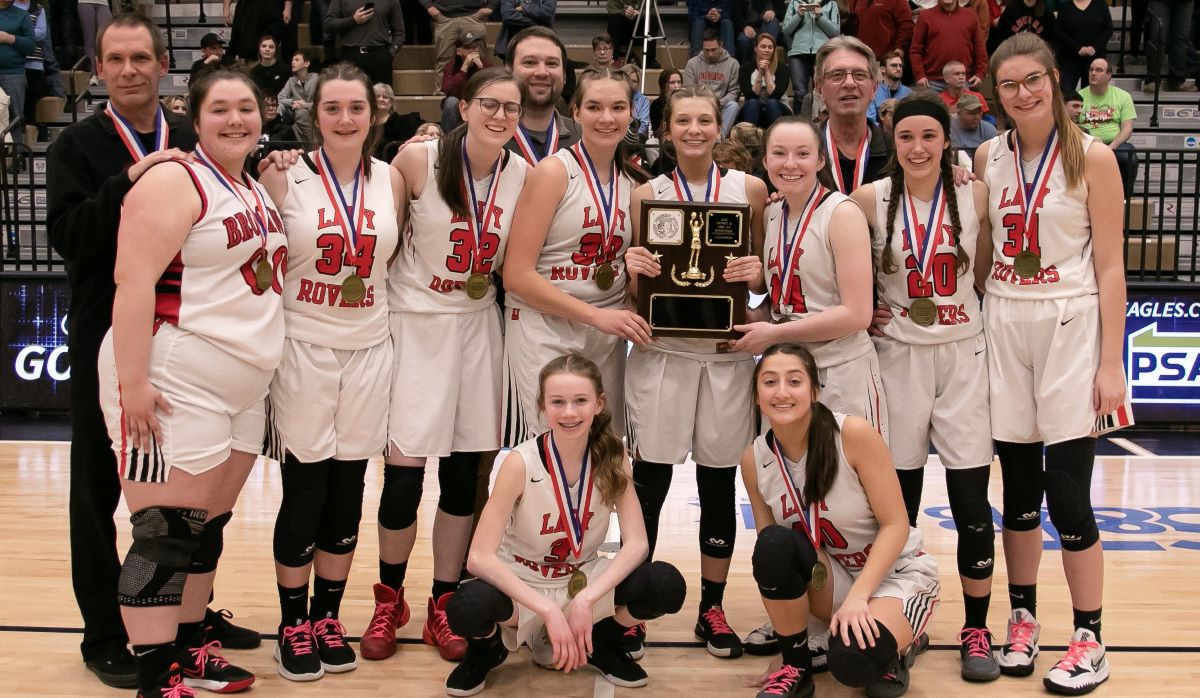 A pair of girls basketball programs made history in 2021-22, as District 9’s Brockway (Class 2A) and District 10’s Greenville (Class 3A) captured their first-ever district titles.

Brockway’s title came courtesy of a 46-37 win over Clarion-Limestone. The Lady Rovers jumped out to a 16-4 lead after the first quarter en route to the win. They were led by the senior duo of Selena Buttery and Danielle Wood. Buttery had 17 points and pulled down 19 rebounds, while Wood had 18 points, 8 assists, and seven rebounds.

Brockway finished with a record of 16-8 with a strong defense that gave up just a shade over 37 points per game.

Both Buttery and Wood surpassed the 1,000-point milestone during the season, becoming just the fifth and sixth players in program history to do so. Both also were first-team D9and10Sports.com all District selections.

Wood averaged 17.5 points per game and 5.0 assists per game, while Buttery 16.5 ppg. and 12.7 rebounds per game. Ciara Morelli was also a senior leader for the Lady Rovers and finished as their third-leading scorer on the season.

Greenville, meanwhile, went 20-6, going through the gauntlet that was Region 4. They earned the No. 4 seed for the District 10 playoffs, knocking off North East 61-48 in the first round before stunning top-seed and previously unbeaten Fairview, 46-38. They capped off their run with a 46-34 win over Lakeview in the championship game.

They went on to win a first-round PIAA playoff game, 41-37 in the first round over Keystone Oaks.

The win over Lakeview in the title game came after the two teams split their meetings in the regular season. In that game, Anna Harpst poured in 22 points, including 11-of-12 from the free-throw line.

In the semifinal win over Fairview, Grace Cano had 20 points and Josie Lewis 13 as the Lady Trojans built a 36-21 lead after three quarters.

Cano and Lewis both earned D9and10Sports All-District 10 honors, with Cano getting a second-team nod and Lewis third-team. Cano averaged 15.7 ppg. and Lewis 12.5 ppg.