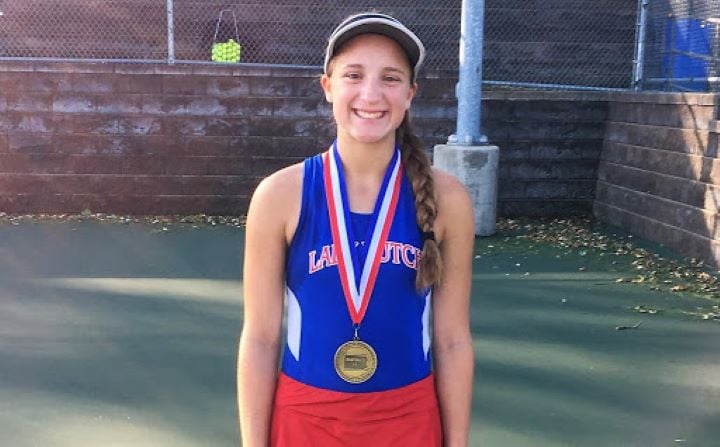 ALTOONA, Pa. – There will be a pair of District 9 versus District 10 showdowns at the Westwood Raquet Club in Erie Wednesday.

That’s because St. Marys’ Samantha Hayes, and the Lillia Lion-Brooke Henry doubles team each won their first round match against the District 5 champions in the PIAA Class 2A state tennis tournament Monday.

Those victories moved St. Marys’ players into the quarterfinals where each will be matched up with the District 10 champions out of Villa Maria.

Hayes will take on Tara Thomas, while Lion-Henry square off with Anne Marie Prichard-Abby Consiglio. Both matches are set to begin at 1 p.m. The winners head to the semifinals at the Hershey Raquet Club Saturday.

ERIE – In the Class 3A singles tournament, Fairview’s Trinity Fox moved on to the quarterfinals with a 6-0, 6-0 win over District 8 champion Emily Kane of Obama Academy.

Fox will face Bethel Park’s Mia Gorman, the WPIAL champion, in the quarterfinals.

Both quarterfinal matches are scheduled to begin at 11:30 a.m. at the Oxford Athletic Club in Wexford.

Villa’s Prichard-Consiglio, McDowell’s Becker-Lowry Win D-10 Doubles Titles
Villa’s Thomas, Doubles Team of Prichard-Consiglio Top St. Marys Trio To Advance To PIAA Tennis Class 2A Semifinals
This website or its third-party tools process personal data.In case of sale of your personal information, you may opt out by using the link Do not sell my personal information.
×
Manage consent