CONVERSATION: Does Anyone Want to Lead? 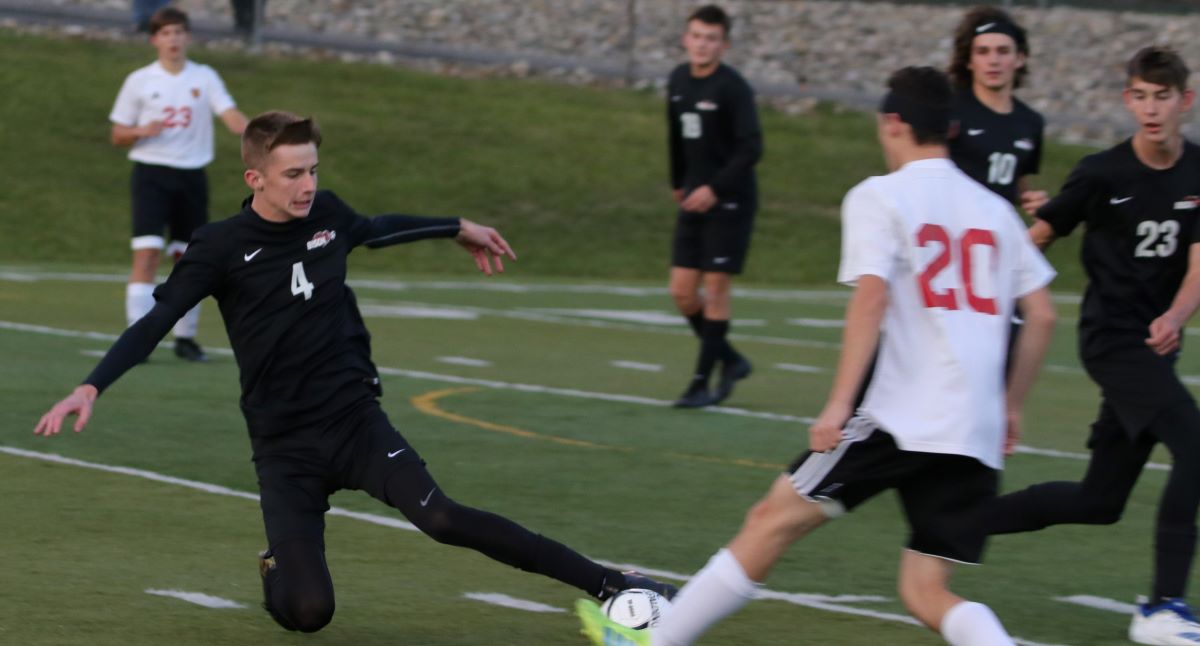 Will somebody please step up and be a leader?

As we sit here and debate whether high school sports – some, all, none – should be played this fall amid the COVID-19 pandemic, that is all I am asking for. Somebody to lead the way.

The Governor, the PIAA, maybe the individual PIAA districts (who are doing a better job than the first two), the school districts themselves (who have bared a brunt of the yeoman’s work throughout this). Somebody, please step forward.

We know what some of you think but we aren’t seeing you willing to make decisions.

Pennsylvania Governor Tom Wolf and Pennsylvania Secretary of Health Rachel Levine said they believe sports should wait until at least Jan. 1, 2021, before resuming. But they don’t want to mandate this. They don’t want to make it law. In fact, they can’t even really explain their reasoning other than to talk about how they feel and to put out vague concepts like how education is more important than sports.

Governor Wolf even went as far as to say his daughters ran cross country and based on his experience of watching his daughters run cross country that parents gathered at the end of the race would cause a problem – you can’t make this stuff up even though, currently, his guidelines wouldn’t even allow parents to be at the event.

Secretary Levine pointed to an overnight camp in Georgia (along with other camps) as well as some vague national numbers for her reasoning while saying there isn’t much “granular” data in Pennsylvania because high school sports hasn’t started yet – never mind that other sports have been played all summer long.

Look, if you have data that says sports are a problem, then ok, I get it, but share it.

Allegheny County did, both last week and again this week. They showed thought contact tracing that there were 33 total cases of COVID-19 that were traced back to sports playing between June 21 and Aug 1, a 42-day span – in comparison they traced 708 back to bars and restaurants and 307 back to parties.

That is real data that we could use at the Commonwealth-level. Data that should be available Commonwealth-wide. And it is data Commonwealth leadership should be able to cite when asked why they believe sports should or shouldn’t be played.

What shouldn’t be shared is a story about an overnight summer camp in Georgia which has very little similarity to sports and is located in a part of the country that is apparently much worse in terms of outbreaks than Pennsylvania, even the bad outbreak areas of Pennsylvania.

But governance should come from facts. Governance should come from what we may know – or even what we might not know – about this new disease. Not about what I or you or the governor feels or believes in his heart. That isn’t leadership. What is leadership is governing by data and governing by what experts think – and letting those experts talk instead of you just telling us what you think. That’s leadership. What isn’t leadership is making recommendations – even strongly worded ones – without being able to coherently explain why.

That brings me to the PIAA.

At times it has looked like it has tried to lead, but it is an organization that seems to be fighting its own interworkings when it comes to actually making a decision.

That isn’t a real surprise considering this is an organization that spent the better part of a decade-plus debating the public-private-charter situation before sort of coming to a compromise solution of adding two extra classifications and some transfer rules that in some ways make sense but in others are illogical.

This is also an organization that couldn’t decide what to do when this pandemic started. First, it delayed its basketball and swimming champions for two weeks – then longer – before canceling only when Governor Wolf shut down in-person school for the rest of the school year. It did the same with Spring Sports letting thousands of athletes, including seniors, twist in the wind not knowing what to do or what to think until again finally canceling when the governor shut down in-person school.

That non-approach, approach has taken hold so far this summer as well in the discussion of Fall Sports.

First, the PIAA said in late July, all speed ahead with fall sports.

Then, after the governor, responding to a question about fans in the stands a week later, said he didn’t want sports until Jan. 1, the PIAA pivoted and decided to delay football for another two weeks and the rest of sports for another week while it looked to the governor’s office for guidance or permission or something.

To do this, the PIAA sent a letter to the governor. The governor, Thursday, said he hadn’t read the letter, but the PIAA and the governor’s office look like they will talk Friday, Aug. 14.

Will anything come from this? Probably not considering the governor said Thursday that there was probably nothing the PIAA could say to change his mind on his recommendation – although that is all he said it was, a recommendation.

Leadership would be sticking to a principle and running with it.

Leadership would be saying, hey our sports medicine committee said we should play so we are playing. We don’t care what the governor has to say.

Leadership would be saying, hey the governor says we shouldn’t play until Jan. 1, so we aren’t going to play.

But leadership isn’t what we got. What we got was the PIAA trying to play all sides of the fence. Trying to placate both the governor, the legislature, which has said we think you should play, and its many constituencies which seem to be torn on what to do – although the vocal sector is definitely in favor of playing.

That brings us to the local PIAA districts.

So far, we have seen the most leadership from this group of individuals.

But it is hard to lead and to make decisions when those above you aren’t willing or aren’t capable of leading.

Finally, it comes to local school districts. The burden is beginning to look like it is going to fall more and more on them.

Which in a way is fine. That is the gist of what doctors at Children’s Hospital of Philadelphia are saying, that decisions should be made at the local level based on local conditions.

But these poor school boards and superintendents.

They have had so much burden placed on them already with the opening of schools and whether it should be full in-person class, a hybrid approach, or full on-line class because those above them – the Pennsylvania Department of Education – didn’t appear to want to actually lead in a timely manner, that trying to be the leader on what to do in sports is really unfair to this group.

We elect politicians to lead. We hire people into positions at the PIAA to lead. But when those people fail to lead, fail to give clear and concise direction, it is left to those below to try to lead the way. And those below aren’t always in the best position to do so.

But this is where we are at. We are at the point where no one in “real” power really wants to lead. No one wants to take responsibility for the decision to play or not play.

I get it. A pandemic isn’t an easy thing to deal with in the best of times. And these might not be the best of times. But this is what you get paid the big bucks for. This is why you took a position of leadership. To lead. So lead gosh darn it, lead.

Returning to Play: Decisions Should Be Made Based on Local Conditions, Other Factors CHOP Says
PIAA Concerned Gov. Wolf Not Basing Thoughts on PA Sports-Specific Data
This website or its third-party tools process personal data.In case of sale of your personal information, you may opt out by using the link Do not sell my personal information.
×
Manage consent