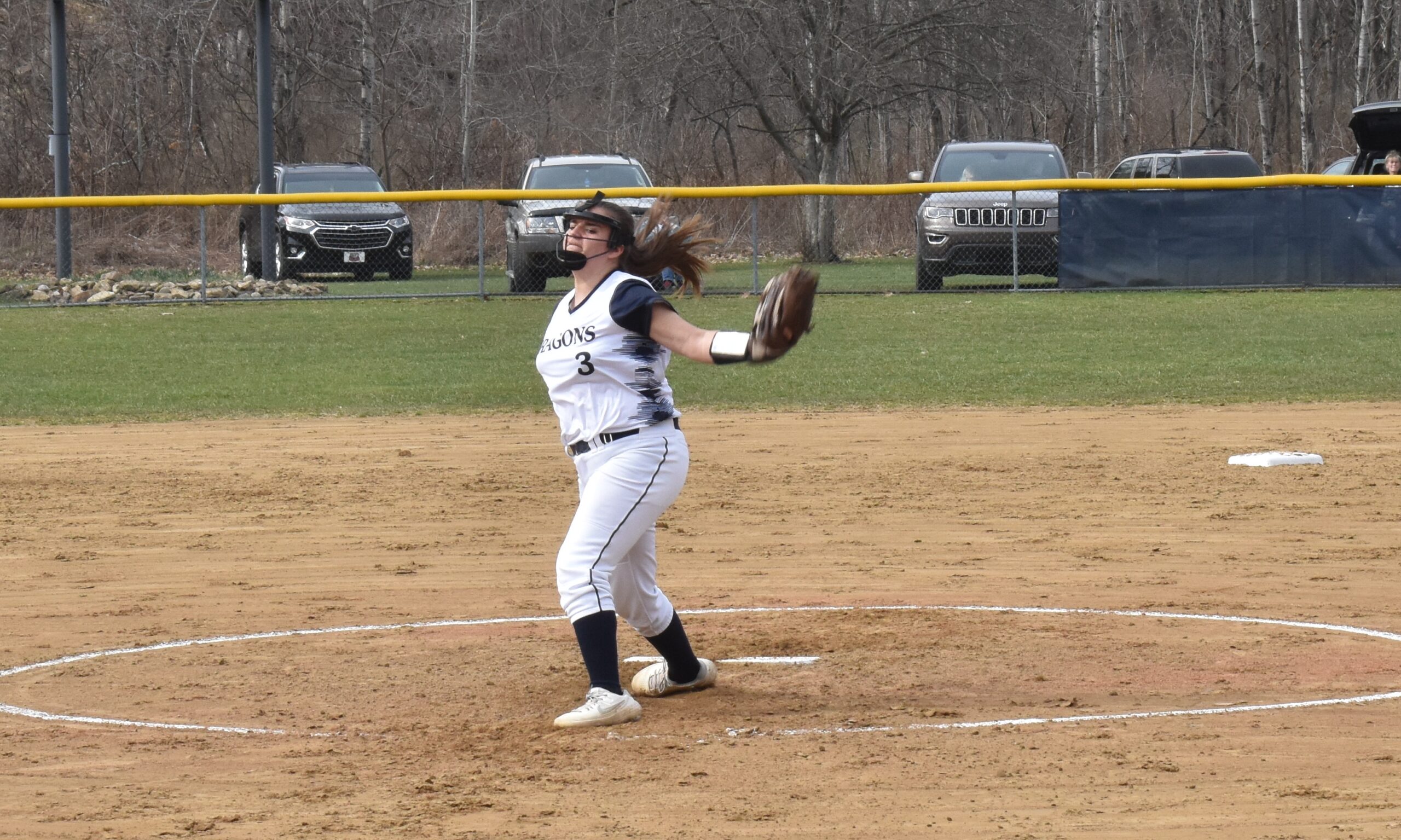 EDINBORO, Pa. – Alana Stuart tossed a three-hit shutout and also tripled and drove in a pair of runs as Warren blanked General McLane, 5-0.

Stuart was 2-for-3 with two RBIs, while Katie Madigan belted a solo home run for Warren, part of a 2-for-4 effort.

Also for Warren, Lexi Hoffman was 2-for-4 with a double and a run, and Halle Kuzminski was 2-for-3 with an RBI.

COCHRANTON, Pa. – Lainie Harrington’s RBI single in the top of the ninth broke a 10-10 tie and helped Conneaut to a 13-10 win over Cochranton.

Brooke Wise had a two-run single later in the inning to help put the game away.

Conneaut built a 10-4 lead, but Cochranton rallied, scoring a run in the sixth and five in the seventh to send the game to extra innings.

In the seventh inning rally, Taytum Jackson had a two-run double, Jaylin McGill’s ground ball resulted in an error to bring in another run, and Megan Heim’s RBI triple tie the game.

Conneaut’s Linda Shepard was 1-for-6, but that one hit was a big one, as she belted a fifth-inning grand slam. Wise finished 2-for-4 with three RBIs, while Harrington scored three runs and Erika Shrock was 3-for-4 with a double and an RBI.

Shrock got the win, allowing two unearned runs in 2 ⅔ innings, striking out seven, and allowing two hits without issuing a walk.

For Cochranton, Jackson, McGill, and Heim had two RBIs each, while Dani Hoffman had two hits and two runs and Carly Richter was 2-for-4 with an RBI.

UNION CITY, Pa. – Trailing 5-4, Reynolds scored four runs in the sixth and two more in the seventh to rally for a 10-8 win over Union City.

Reynolds outhit Union City, 14-6, as Chloe McLaughlin was 2-for-4 with three RBIs, Mackenzie Herman 3-for-5 with two RBIs, and Andrea Hilyer, Kylie McAdoo, Marissa Hilyer, and Rylee Gearhart all had two hits apiece.

Halyn Cawthorne got the win in relief for Reynolds, allowing three unearned runs in 2 ⅓ innings on two hits, striking out three and walking one.

Desirae Brown drove in two runs for UC, while Emylee Zielenski, Keagann Gregor, Aeriaunna Leech, and Alyssa Tingley drove in one run each.

ERIE, Pa. – Emalie Thomas tripled and drove in four runs as Villa rolled to a 19-0, four-inning win over Erie High.

Thomas had three hits, while Annabella Cipalla was 2-for-4 with three RBIs, Haley Dever scored four runs, Jenna Wagner was 2-for-2 with two RBIs and three runs, and Megan Kelly was 2-for-3 with a triple and an RBI.

Molly Simmerman got the win, tossing four innings and allowing just one hit, striking out six.

Allie Davis, Bre Hanley, and Lily Palko all went deep for the Blue Devils. Davis was 2-for-2 with four RBIs, while Hanley was 2-for-3 with two RBIs and Palko 2-for-4 with three RBIs and three runs. Avery McFeaters was also 2-for-3 with a double, triple and two RBIs.

OIL CITY, Pa. – Eight of the nine hitters in Hickory’s lineup had multiple hits, part of a 20-hit attack in a 14-3 win over Oil City.

Hallas got the win, striking out 10 in five innings.

Julia Patterson drove in a pair of runs for Seneca, while Lauren Konkol was 3-for-4 with an RBI, Megan Konkol 2-for-5 with an RBI, and Helen Genest was 1-for-3 with an RBI.

Maya Floch went 2-for-3 with an RBI for Jamestown, which had 11 hits in the win and also took advantage of eight Slippery Rock errors.

Savannah Thurber got the win, striking out six and allowing just two hits.

Sierra Toland belted a walk-off RBI double for the Orioles, part of a two-hit effort for Boland. Kaylin Jacoby tripled and scored three runs for the Orioles.

Paige Creswell got the win in the circle.

For Eisenhower, Kailee Morrison went 2-for-3 with a double, RBI, and a run, while Julia Gesing was 2-for-4 with two triples and two runs.

Taylor Napolitan struck out 12 in the circle for Eisenhower.

McKenna Crawford, Eve Beuchat, Grace Hasbrouck, and Madison Banik had one RBI each for the Tigers, while Izzy Eimer scored three runs.

Madison Carnahan had an RBI for Youngsville, which took advantage of six Maplewood errors to score its five runs. Taylor Carrington also scored a pair of runs for the Eagles.

May 9, 2022 D9/D10 Baseball/Softball Scores Powered by the BHL Sportsperson of the Year Award
Prep’s Ng, McDowell’s Heinlein Claim D10 Tennis Titles
This website or its third-party tools process personal data.In case of sale of your personal information, you may opt out by using the link Do not sell my personal information.
×
Manage consent