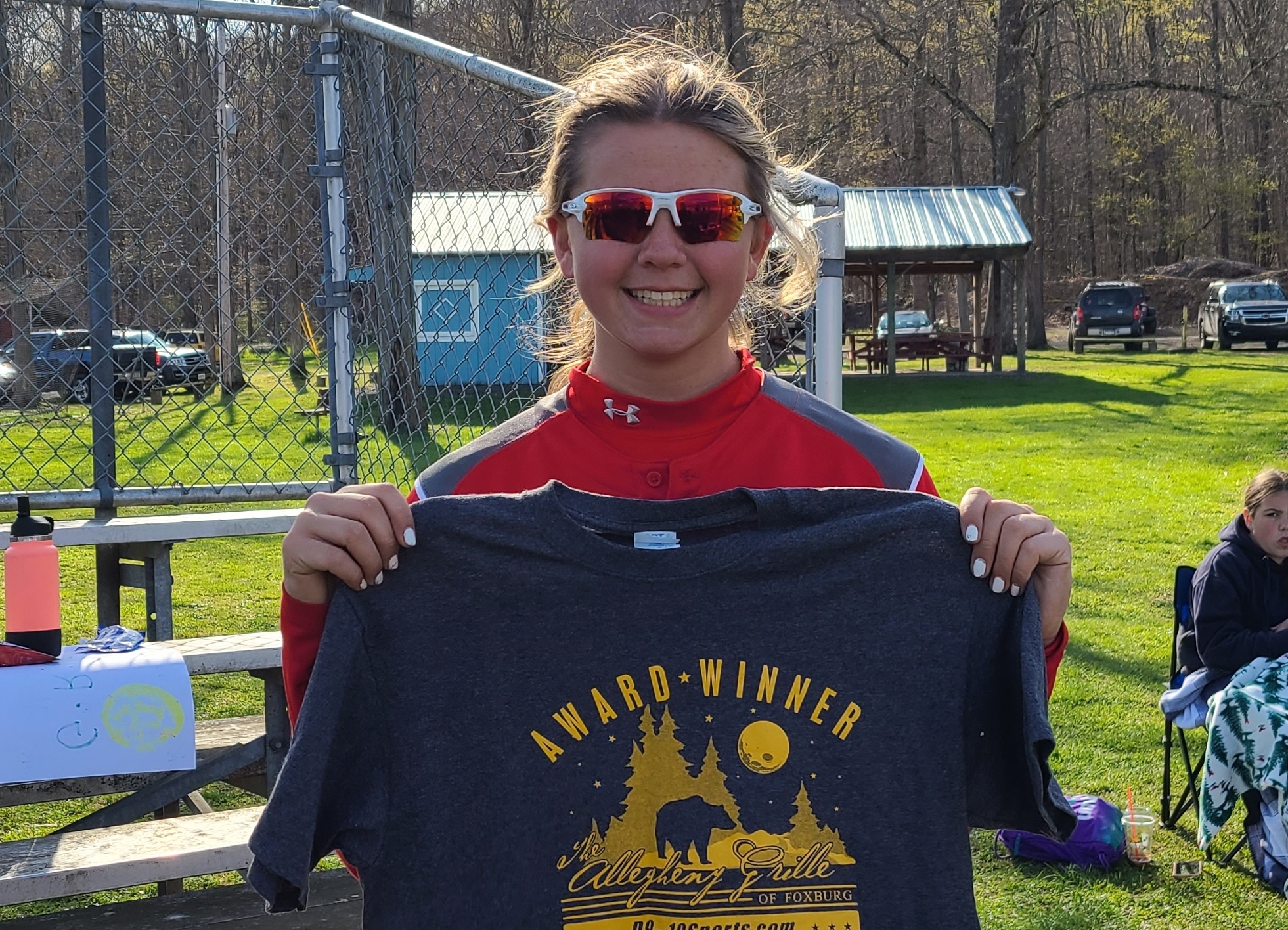 Freyermuth hit a solo home run to open the scoring in the fourth with Chloa Lippert followed later in the inning with an RBI double.

The Cardinals extended the lead to 4-0 in the fifth McGill’s home run, which also brought in Jackson, who doubled to lead off the inning.

Alyssa Tingley brought in Union City’s lone run in the bottom of the fifth on an RBI groundout.

Jackson allowed just the one run, striking out three and walking three.

Grove City scored 10 runs in the third inning. Wolbert finished with four hits, while Courtney Saylor was 3-for-5with three runs, Jones 4-for-4 with four RBIs, Eaton 2-for-6 with three RBIs, Johanna Smiley 3-for-4 with an RBI, and Selah Severson 1-for-5 with two RBIs and two runs.

Jones got the win, allowing three earned runs in seven innings, scattering nine hits, and striking out a pair.

Claire Bodien was 3-for-4 with three RBIs for Sharon, while Maddy Berkson drove in a pair of runs.

RUSSELL, Pa. – Alix Lytle belted a pair of home runs as Warren swept Erie in a doubleheader, 15-0 in three innings and 27-7 in four innings.

Lytle talked about the wins afterward:

Irwin belted three doubles in the Game 2 win, while Madigan belted a triple and scored a pair of runs and Emily Davidson had two hits, including a double, and scored three runs.

Lytle, Lexi Hoffman, and Carly Beers shared the pitching duties in the win.

Cousins finished with eight RBIs, going 5-for-5 in the process with four runs scored.

Maisy Post drove in three runs for North East, while Elizabeth Svetz was 3-for-5 with three runs.

Taylor Polach tripled and drove in a pair of runs for Fairview.

DeLuca got the win, allowing one run on three hits in five innings, striking out eight.

Kendall Mealy belted a home run for Meadville, while Ava Phillips had an RBI double.

Elk County Catholic, Punxsutawney Advance to D9 Class 2A Team Tennis Finals
May 4, 2022 D10 Baseball: Timely Pitching, Hitting Sends Cambridge Springs to Win; Walker Dominates for Meadville
This website or its third-party tools process personal data.In case of sale of your personal information, you may opt out by using the link Do not sell my personal information.
×
Manage consent