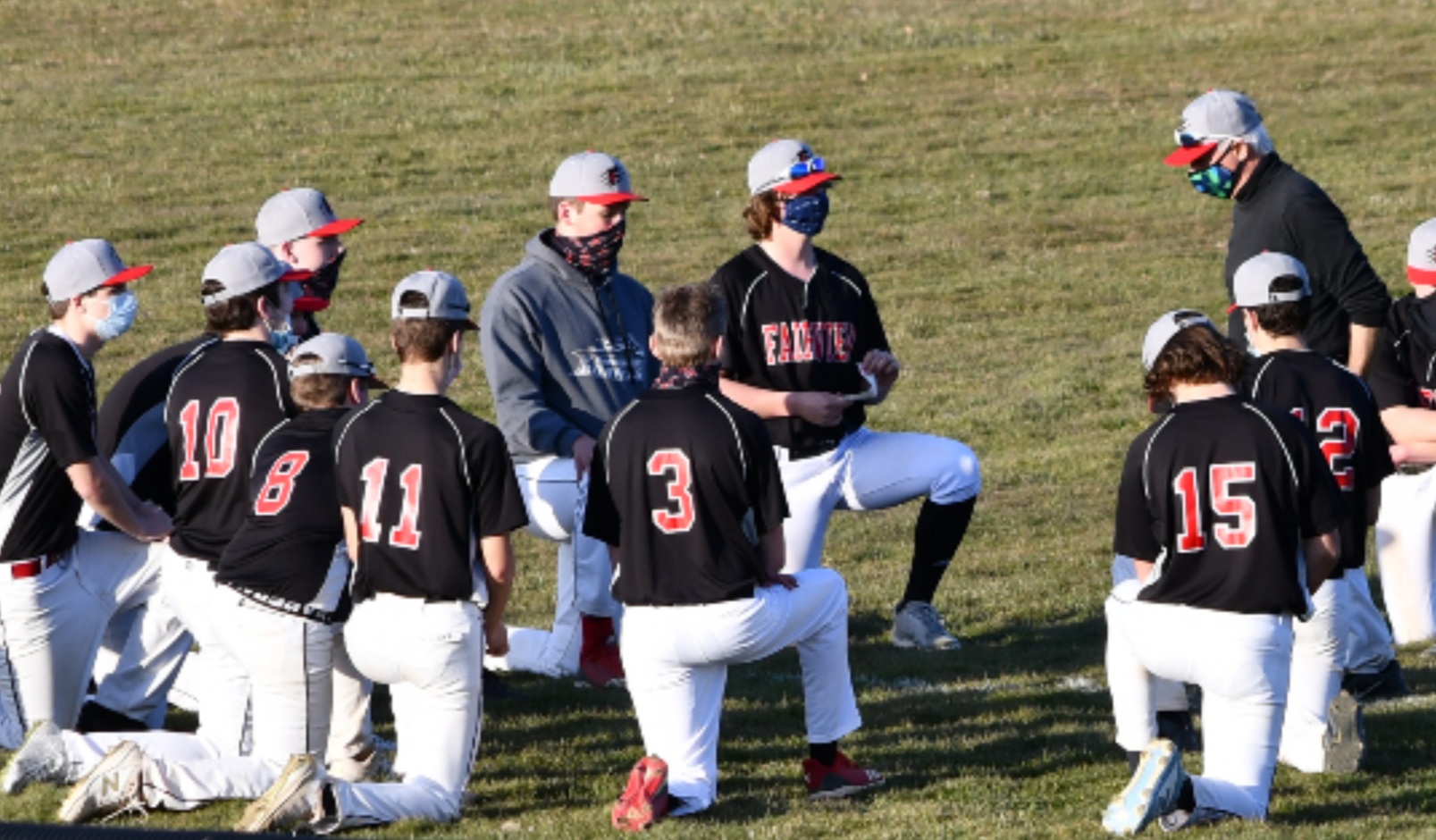 FAIRVIEW, Pa. – Fairview scored all five of its runs in the first three innings, including three in the third of a 5-2 win over General McLane.

Errors allowed single runs to come across the plate in the first and second innings for the Tigers. In the third, Logan Fiolek’s sac fly brought in a run, followed by a 2-run single off the bat of Sean Houston.

Collin Bolla tossed a strong game for the Tigers to get the win. He went 6 ⅔ innings, allowing two runs on three hits, striking out nine.

Josh Salsburg and Brandon Simmons had the RBIs for GM.

WATTSBURG, Pa. – Corry scored four runs in the top of the seventh inning to rally for an 11-10 win over Seneca.

Zack Martin had a big day at the plate, capped by his 3-run homer in the seventh that gave the Beavers the lead. Nate James was also 1-for-4 with a pair of RBIs, while Logan Joncas had an RBI and scored a run.

Caleb Marrs got the win in relief, allowing two runs (one earned) in 2 ⅓ innings. He struck out four.

Seneca scored five runs in the fifth inning before Corry’s big rally. Nathan Suddarth, Lucas Rupp, Klayton Komisarski, Reed Yost, and Conner Kaveny all drove in runs in the frame. Yost finished the game 2-for-4 with two RBIs and two runs, while Rupp and Komisarski also had a pair of RBIs.

Rupp took the loss, allowing two runs in his inning of work.

GIRARD, Pa. – Trailing 4-2, Fort LeBoeuf scored three runs in the fifth inning to take a lead they wouldn’t relinquish in a 6-5 win over Girard.

Ryan Daum and Ryan Welka both went 2-for-4 with an RBI at the top of the Bison lineup. Welka also scored a pair of runs.

Nick Dooley got the complete-game victory for the Bison, allowing six hits, walking one, and striking out four. He threw 57 of his 88 pitches for strikes.

Girard had taken a 4-2 lead with four runs in the fourth. Dylan McDonald had a 2-run double in the inning and later added a solo home run in the sixth.

Austin Shady took the loss for Girard, allowing five runs (two earned) in four innings. He struck out five and walked one.

TITUSVILLE, Pa. – Titusville scored four runs in both the first and fourth innings en route to a 10-0 win over Oil City.

Alex Stevens took the loss, allowing four runs and three walks without recording an out.

GREENVILLE, Pa. – Trailing 7-1, Reynolds scored four runs in the fifth inning and three more in the sixth to rally past Jamestown, 8-7.

Halyn Cawthorne’s solo home run proved to be the game-winner in the sixth. In the fifth, Cawthorne, Mackenzie Herman and Andrea Hillyer all drove in runs for the Raiders.

Hillyer and Kylie McAdoo also homered for the Raiders. Hillyer finished with three RBIs and Cawthorne and McAdoo two each.

Lauren Bonner got the win in relief with three scoreless. She allowed just one hit and struck out a pair.

Reese Schaller delivered the big blow early in the game for Jamestown, a grand slam in the fourth inning. Maya Floch was also 2-for-2 with an RBI for the Muskies.

A pair of runs allowed two runs to come across in the first, and Elena Halmi and Bailey Cannon both delivered RBI singles in the second.

Sarah Banta got the complete-game win. She allowed just one earned run on six hits, striking out three and walking one.

Linda Shephard took the loss for Conneaut, allowing five runs (three earned) in three innings.
Brooke Wise and Jaidyn Jordan had the RBIs for the Eagles.

May 21, 2021 D9/D10 Baseball/Softball Scores Powered by the BHL Sportsperson of the Year Award
May 21, 2021 D9 Baseball/Softball: Bowser’s Power Streak Continues in Keystone SB Win; Punxsy Baseball Clinches Playoff Spot
We use cookies on our website to give you the most relevant experience by remembering your preferences and repeat visits. By clicking “Accept All”, you consent to the use of ALL the cookies. However, you may visit "Cookie Settings" to provide a controlled consent.
Cookie SettingsAccept All
Manage consent