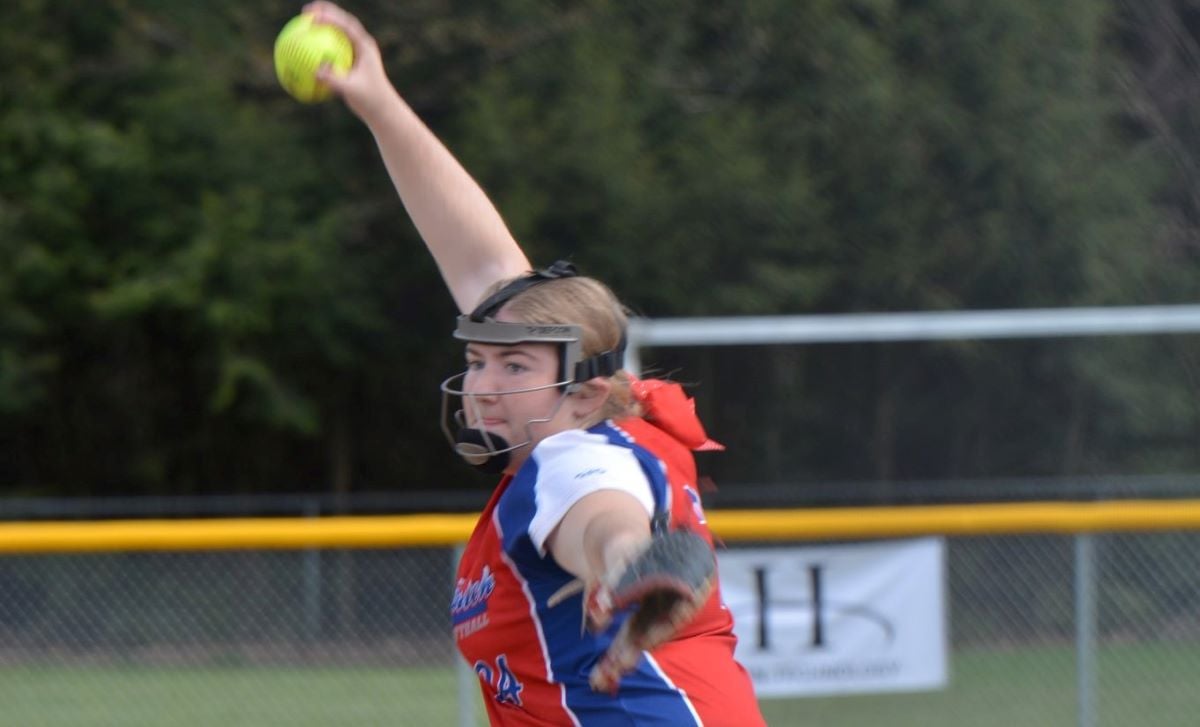 Kendall Young allowed one hit and one walk while striking out 15 in St. Marys' win over ECC Friday. Photo by Kelli Surra

May 20 District 9 softball and baseball recaps

ST. MARYS, Pa. – Kendall Young was brilliant in the circle tossing a one-hitter while walking one and striking out 15 to lead St. Mary to a 5-0 win over crosstown rival Elk County Catholic at St. Marys High School.

Lucy Klawuhn had the lone hit for ECC.

BRADFORD, Pa. – Alana Benson went 2-for-3 with a triple, a double, two walks, four runs scored, and an RBI to pace Bradford in an 18-7, five-inning win over visiting Smethport.

DUBOIS, Pa. – Visiting Williamsport broke a four-all tie with five runs in the fifth and then tacked on six more in the seventh on its way to a 15-6 win over DuBois at Heindl Field in DuBois.

Kendall McAnelly had a pair of doubles for the Millionaires while going 2-for-4 with a walk, a run scored, and two RBIs.

Myla Kelley and Abby Robertson each drove in two runs as well with Kelley going 1-for-3 with two walks and two runs scored and Robertson 2-for-4 with a double and a walk.

Aubri Blair was also 1-for-4 with a triple, two walks, an RBI, and four runs scored for Williamsport.

Teagan Runan got the final out for the Lady Beavers while giving up an unearned run on one hit.

Also for the Crusaders, Luke Ginther went 2-for-4 with a run scored and an RBI. and Ryan Shaffer scored twice, walked once, and had an RBI.

Logan Mosier was 1-for-3 with a walk and an RBI for St. Marys with Christian Coudriet going 1-for-4 with an RBI, and Charlie Couderiet 1-for-3 with a run scored. Kaden Snelick walked twice and scored a run.

May 20, 2022 D10 Baseball/Softball: Villa Gets Comeback Win Over McDowell; Warren BB Tops Sharpsville, Fairview BB Bests McLane
Fairview Tennis Beats Dallas in PIAA Class 2A Quarterfinals
This website or its third-party tools process personal data.In case of sale of your personal information, you may opt out by using the link Do not sell my personal information.
×
Manage consent