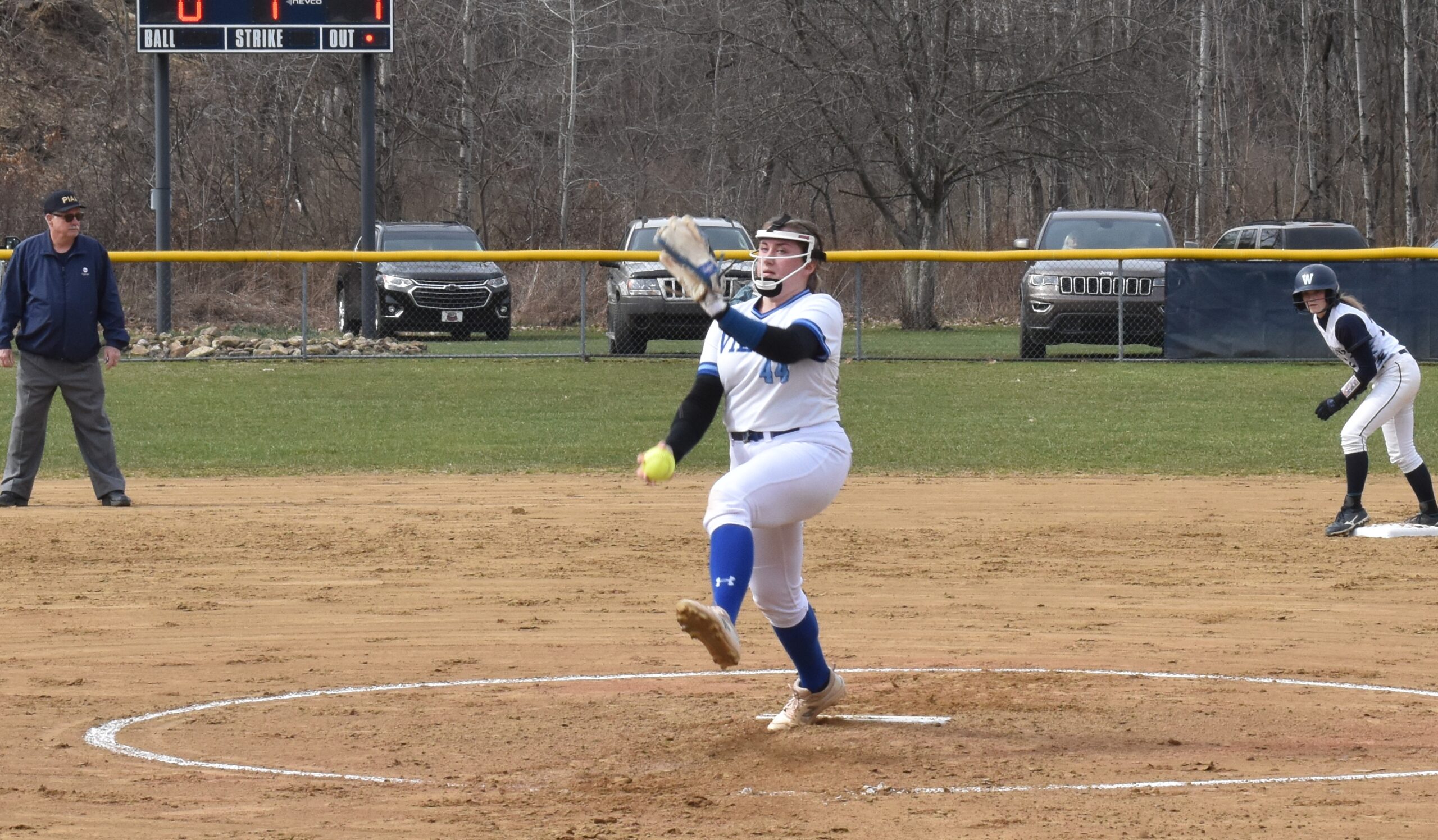 VILLA MARIA 7, MCDOWELL 6
ERIE – Megan Kelly tied it with a grand slam, and Annabella Cipalla’s RBI single was the game-winner as Villa Maria earned a 7-6 comeback win over visiting McDowell.

Trailing 6-2 in the bottom of the sixth the Victors loaded the bases on a single, an error, and a walk. Kelly stepped in and drove a 1-2 pitch over the centerfield wall to tie it at 6-6. Two outs, and two singles later, Cipalla singled to center to bring in Lilli Beuchert for the game-winning run.

Izzy Nageli had three RBIs for the Trojans. Lexxie Biel and Hannah Powierza each had two hits, both of Powierza’s going for doubles.

WARREN 13, SHARPSVILLE 3, 5 INNINGS
WARREN, Pa. – Konner Hoffman had a big day at the plate and Eric Dippold was strong on the mound as Warren topped visiting Sharpsville, 13-3, in five innings.

Hoffman went 3-3 with a double and 3-run home run with five RBIs for the Dragons. Archie Teconchuk had a pair of hits, including a double, and drove in four.

Brady Berdine had two hits, scored twice, and had two RBIs, while JT Blum had a pair of hits and scored twice.

Dippold allowed three earned runs on five hits with six walks and four strikeouts in five innings for the win.

Stephen Tarnoci had two hits, including a double, and scored a run for Sharpsville. Jack Leipheimer doubled and drove in a pair.

Aiden Kliem had a pair of hits for the Tigers, while Aari Fox had a hit, scored twice, and drove in a run.

A trio of pitchers limited the Lancers to just two hits.

Caleb Sklenski got the win striking out four over four perfect relief innings. Collin Bolla allowed one earned run on one hit with three walks and two strikeouts in one inning, while Vinny Campoli gave up one hit, walked two, and struck out three in two innings.

ERIE 8, IROQUOIS 1
ERIE – Erie scored three runs in each of the fifth and sixth innings on its way to an 8-1 win over visiting Iroquois.

Eli Niklas had a hit, scored two runs, and drove in a pair. Jose Quinnones had a hit and scored twice.

Quinnones got the win striking out nine in three perfect innings. Niklas gave up three hits, walked one, and struck out four over three scoreless innings. Mason Kindle allowed one earned one on one hit in one inning.

Martin, John Albers, and Marrs each threw two innings. Martin issued a walk and struck out one. Albers and Marrs were perfect, with Albers striking out three and Marrs two.

Manendo had three hits and drove in a pair, while Nelligan had two hits, including a double, and two RBIs.

Ryan Gates got the win allowing two runs, one earned on three hits with two walks and six strikeouts in five innings. Noah Learn gave up four hits and struck out one in two innings.

May 20, 2022 D9/D10 Baseball/Softball Scores Powered by the BHL Sportsperson of the Year Award
May 20, 2022 D9 SB/BB: Young Again. Kendall Young K’s 15 in St. Marys SB Win; Benson Leads Bradford SB; ECC BB Wins
This website or its third-party tools process personal data.In case of sale of your personal information, you may opt out by using the link Do not sell my personal information.
×
Manage consent