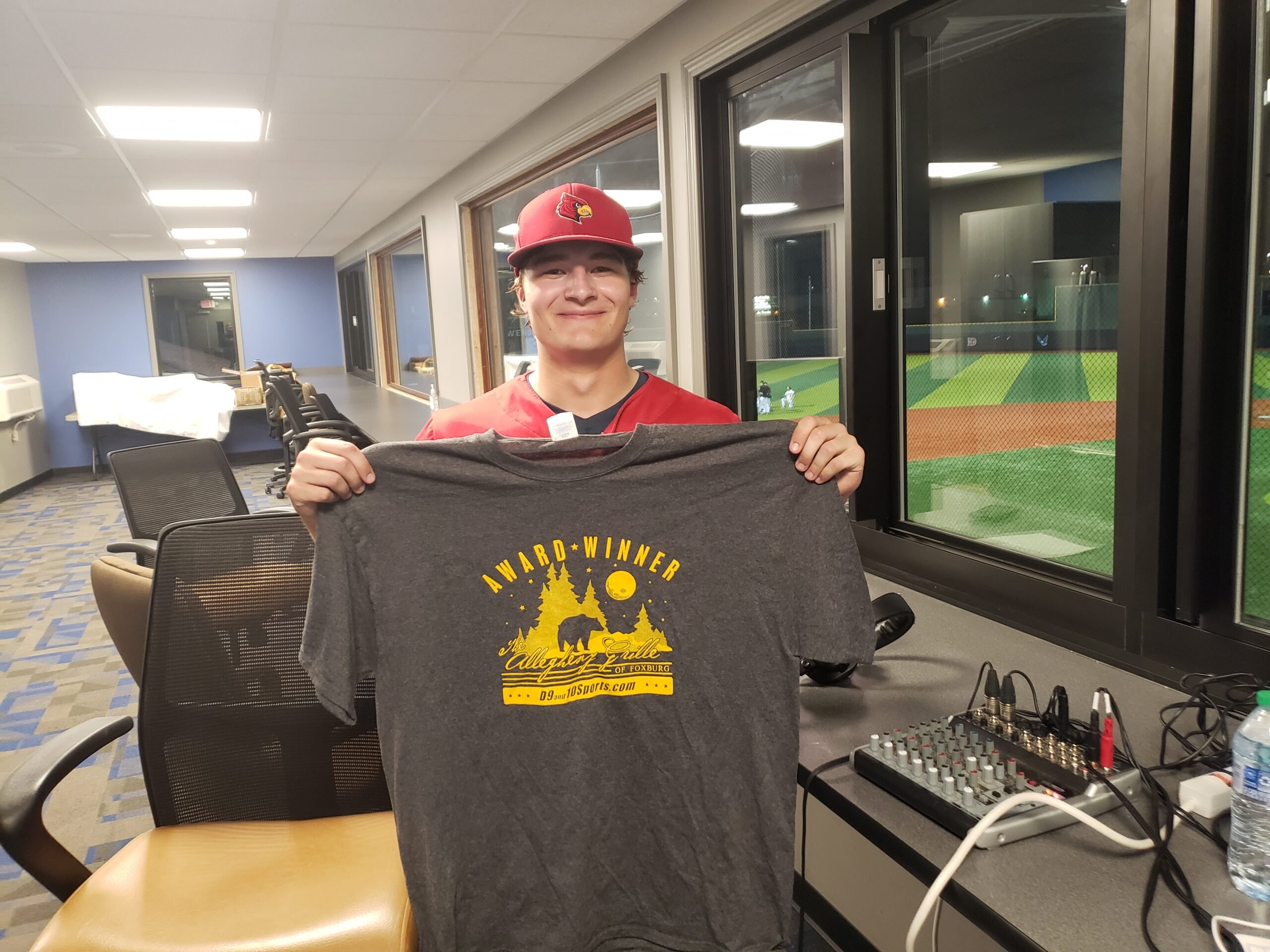 DUBOIS, Pa. – DuBois Central Catholic scored five runs in the top of the seventh inning, breaking a 4-4 tie on its way to a 9-4 win over DuBois in the City Classic Game on Saturday.

The Cardinals loaded the bases with one out in the seventh for Cole Sansom, who drew a walk on five pitches to break the tie. Kaden Brezenski and Carter Kosko followed and were both hit by pitches to bring in two more runs. Matt Pyne and Blake Pisarchik put the finishing touches on the inning with a pair of RBI singles.

Carter Hickman was clutch on the mound, coming on in the fifth inning and delivering 2 ⅓ scoreless innings to get the win. Hickman allowed just one hit, struck out one and walked one. He was also 1-for-4 with a run scored and earned Allegheny Grille of Foxburg Player of the Game honors. He talked about the win afteward:

It was a 1-0 DuBois lead going into the fifth, when DCC struck for four runs, only to watch as DuBois tied the game in the bottom half of the inning on Brycen Dinkfelt’s bloop 2-run double to right field

DCC had eight different players drive in a run each and Pisarchik had a pair of hits.

Dinkfelt led the offense for DuBois, going 2-for-4 and driving in all four of their runs. Aaron Andrulonis was also 1-for-1 with three walks and two runs scored for the Beavers.

Both Barr and Billotte scored three runs each, while Ty Troxell had two RBIs and Billotte, Blake Prestash, Cole Bloom and Hunter Rumsky had one RBI each. Rumsky also had three hits.

Elensky allowed just three hits in the win, striking out three, walking one, and throwing 44 of his 62 pitches for strikes.

Ryan Ward singled and walked for the Owls.

STRATTANVILLE, Pa. – Karns City scored three runs in the fifth inning, building a 5-0 lead in what was ultimately a 5-2 win over Clarion-Limestone.

In the fifth, Zack Blair came home on a double steal, followed by an RBI single off the bat of Mike Neff, with Jacob Jones capping the frame, scoring on a passed ball.

Those runs came in support of Neff, who got the complete- game win, allowing two runs on seven hits, striking out four, and walking two.

Smith was 1-for-3 with a run scored, while Bryson Huwar was 2-for-4 with an RBI single for the Lions.

PORT ALLEGANY, Pa. – Josh Beer drove in a pair of runs as Cameron County scored three runs in the fifth inning to gain some cushion in an 8-4 win over Port Allegany.

With Cameron County leading 5-4 in the fifth, Maddox Baughman’s RBI single made it 6-4, and a fielder’s choice off the bat of Beer scored a run, with an error bringing in another run on the same play.

Eastyn Solveson got the win, tossing five innings in relief, allowing one run on two hits, striking out four without issuing a walk.

Offensively for Port Allegany, Noah Archer was 2-for-3 with an RBI, while Blaine Moses and Payton Spencer also had an RBI each.

SMETHPORT, Pa. – Henry Troupe’s 2-run single in the sixth inning proved to be the difference in Port Allegany’s 4-3 win over Smethport.

Troupe’s knock brought in Blaine Moses, who walked, and Ty Guilds, who reached on an error.

Evans walked three times and also had a hit for the Gators, while Noah Archer was 2-for-4 with an RBI and Troupe 2-for-4 with two RBIs.

May 14, 2022 D9 Softball: DuBois Powers Past DCC in City Classic; Hipps Has Monster Day as Clearfield Tops P-O
May 16, 2022 D9/10 Baseball/Softball Schedule Powered by the BHL Sportsperson of the Year Award
This website or its third-party tools process personal data.In case of sale of your personal information, you may opt out by using the link Do not sell my personal information.
×
Manage consent