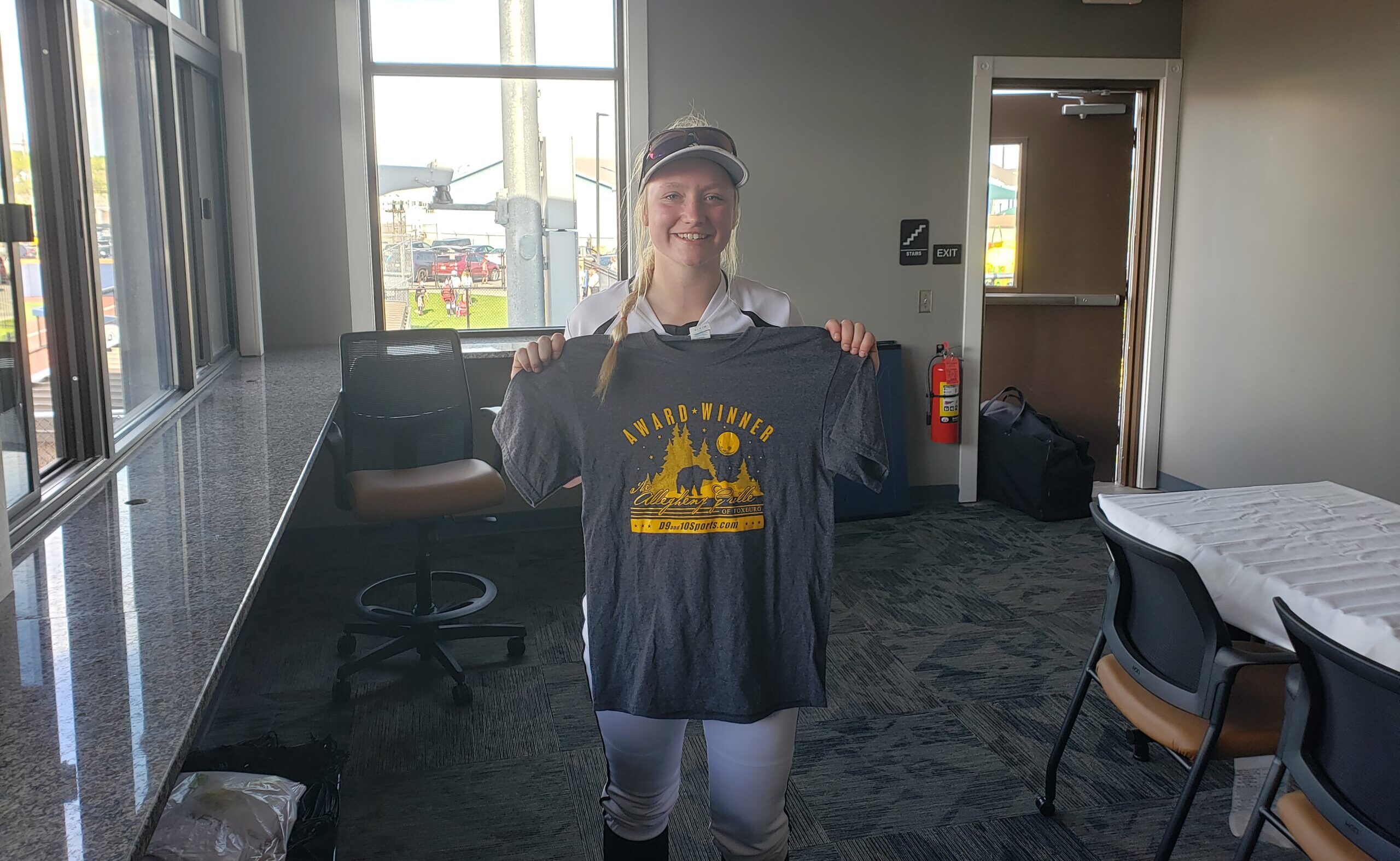 DuBois' Morgan Pasternak was named Allegheny Grille of Foxburg Player of the Game in the Lady Beavers' City Classic Game triumph over DCC.

DUBOIS, Pa. – DuBois scored six runs in the second inning and scored in every inning but the third in a 13-1, five-inning win over DuBois Central Catholic in the City Classic Game at Heindl Field.

In the second inning, Sarah Henninger ripped a two-run single, followed by a Gabby Gulvas RBI single, a two-run single off the bat of Morgan Pasternak, and was capped by a run-scoring single from Bella Gregory.

Pasternak was named the Allegheny Grille of Foxburg Player of the Game and talked about the win afterward:

The offensive outburst came in support of Allie Snyder, who allowed just one run and four hits in five innings, striking out two and walking one.

PHILIPSBURG, Pa. – It’s hard to have a better day than what Clearfield’s Emma Hipps did against Philipsburg-Osceola.

At the plate, Hipps went 4-for-4 with two home runs, a double, seven RBIs, and four runs. In the circle, she was equally dominant, allowing just two unearned runs on three hits and recording 18 of her 21 outs via strikeout.

Alvia Bizzari took the loss, allowing seven runs (two earned) in five innings on nine hits, striking out one, and walking one.

BRADFORD, Pa. – Clarion-Limestone scored 12 runs in the third inning to earn a 14-0, five-inning win over Bradford.

Regan Husted was strong in the circle, allowing just three hits in the shutout win, striking out 10 without issuing a walk.

May 14, 2022 D10 BB/SB: Prep, McDowell Offenses Erupt in Wins; Reynolds Softball Hands Franklin First Loss
May 14, 2022 D9 Baseball: Five-Run Seventh Inning Sends DCC Past DuBois in City Classic; Clearfield Blanks Bradford at Cooperstown
This website or its third-party tools process personal data.In case of sale of your personal information, you may opt out by using the link Do not sell my personal information.
×
Manage consent