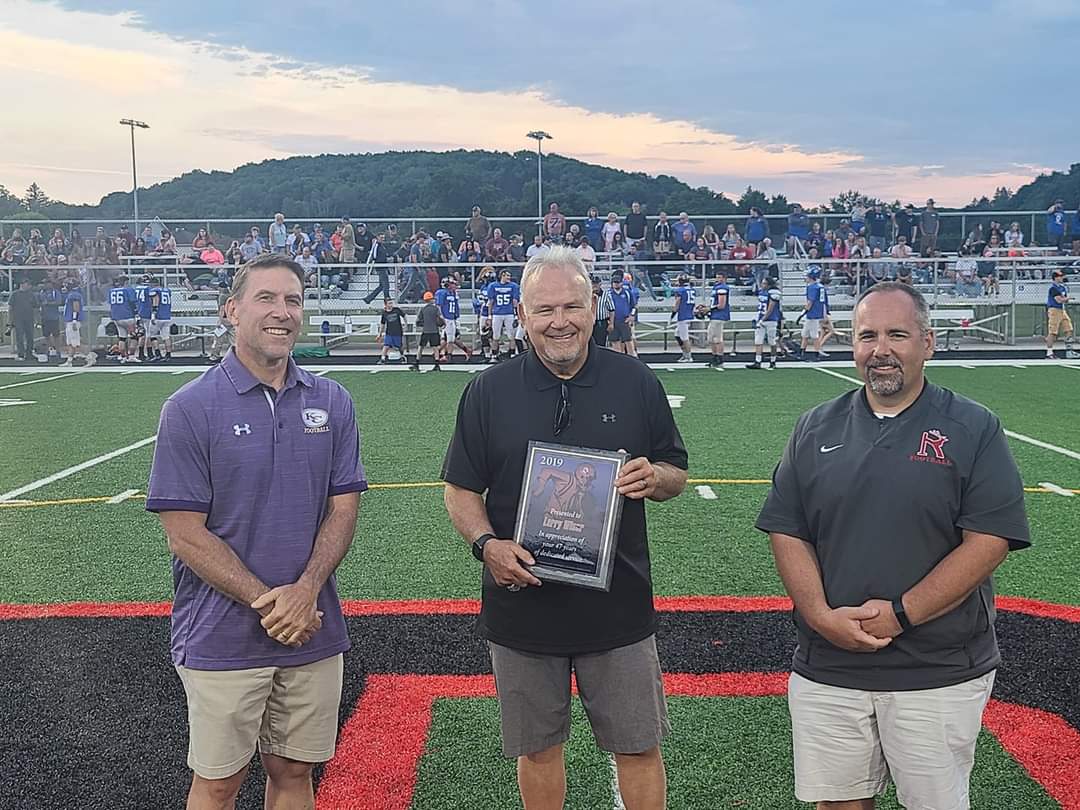 BROCKWAY, Pa. – The Frank Varischetti All-Star Football game honored longtime Clarion/Central Clarion County head football coach Larry Wiser during halftime of what turned out to be a 14-12 win for the South team.

He began as an assistant in 1973, marking a 47-year stay in high school football coaching.

Wiser was presented with a plaque commemorating his 47 years of coaching.

All-Star game coverage on D9and10Sports.com is being brought to you by Potter County Family Campground, Hunter Station Golf Club, Triple “S” Recycling, and the Brooks-Huwar-Leadbetter Sportsperson of the Year award.

South Rallies in Second Half to Beat North in Frank Varischetti All-Star Football Game
Metro Holds off County in 83rd Save-An-Eye Game
This website or its third-party tools process personal data.In case of sale of your personal information, you may opt out by using the link Do not sell my personal information.
×
Manage consent