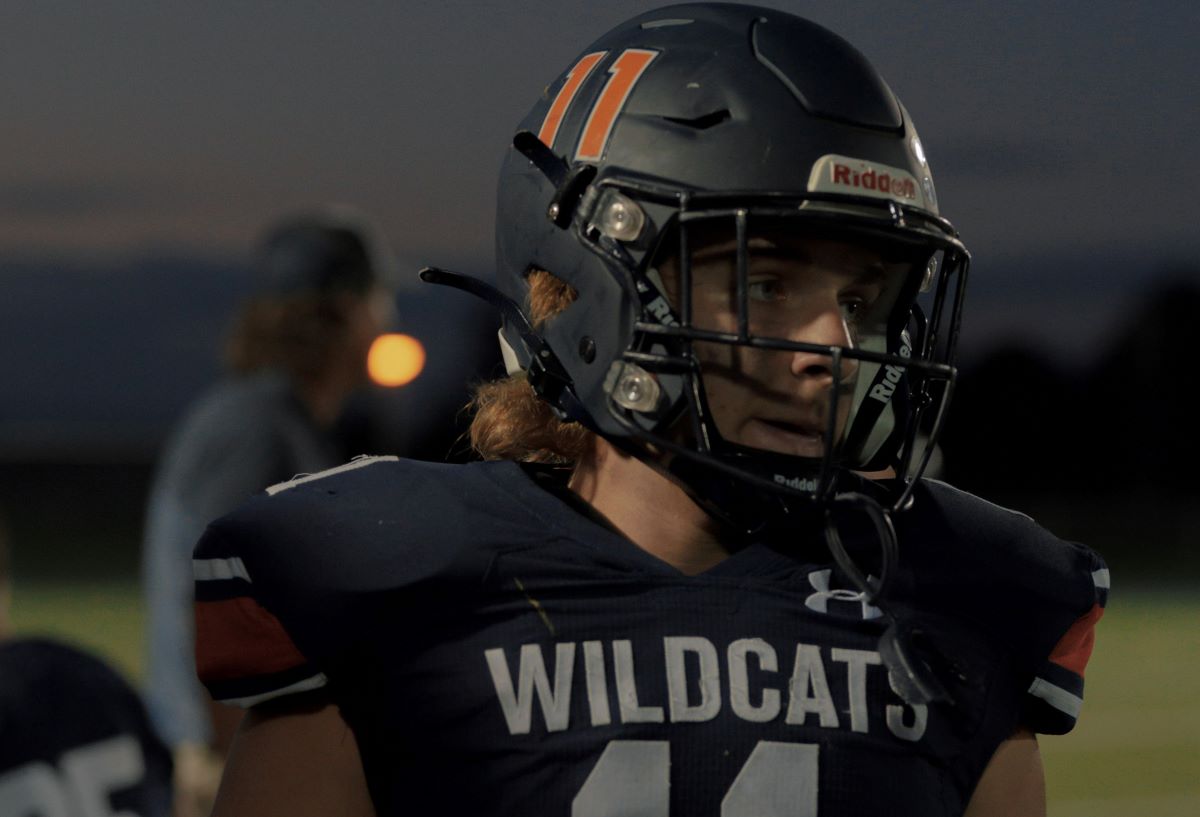 “Coach called a 36 Power,” Hummell said. “I wasn’t quite sure what to do, so I asked (QB) Jase Ferguson. I saw the hole open up from our line, we have a great line. They opened up a great hole for me to score.”

Karns City had the ball first in overtime but Gremlins’ quarterback Eric Booher fumbled the ball around the 5-yard line ending the possession.

Turnovers have been a key to the Wildcats’ defense all year.

“It’s all about heart,” Hummell, who primarily plays on defense, said. “We all have heart. We all want to win. We just got out there and give it our best.”

Ferguson had a big night for Central Catholic (6-0) throwing a pair of touchdown passes to Ashton Rex and also running for a score.

But Karns City, which saw Zach Kelly return the second-half kickoff 90 yards for a touchdown, tied the game with just over 30 seconds left in the third quarter on a 40-yard Booher to Nate Garing touchdown pass.

But Karns City (3-3) never got its potent ground attack on track with Central Clarion limiting the Gremlins to just 91 yards rushing on 28 carries.

Garing had a big night catching the ball with four grabs for 106 yards, and Levi Hawk also scored on a 2-yard run for Karns City.

BROOKVILLE, Pa. – Jackson Zimmerman ran for over 200 yards and two touchdowns, including the go-ahead score in the fourth quarter to cap Brookville’s come-from-behind 22-19 win over St. Marys.

The Raiders (2-4) trailed 6-0 at halftime and 19-7 going into the fourth quarter before rallying with two Zimmerman TD runs, the second cashing in on a St. Marys turnover.

St. Marys (4-2) scored the only points of the first half on quarterback Charlie Coudriet’s 4-yard TD pass to Carter Chadsey. The Dutch grabbed a 12-0 lead in the third quarter on Coudriet’s 5-yard run.

Brookville got on the board when Noah Peterson, who replaced injured starting quarterback Easton Belfiore in the first half, flipped a pass to Brayden Kunselman in motion and he took it 40 yards to the end zone.

However, St. Marys answered the Raiders one play after the ensuing kickoff when Coudriet hit Chadsey for another TD strike, this time for 67 yards and a 19-7 lead.

From there, it was Zimmerman’s show as he got the Raiders within 19-14 with his 18-yard run in the fourth quarter.

The Raiders came up with a big turnover that set up the winning score when Matt Davis appeared to off to the races into the Raiders secondary before Bryce Weaver knocked the ball loose and the Raiders recovered near midfield.

Seven plays later, Zimmerman scored on a 5-yard run and Peterson added the two-point conversion to set the final.

In the closing seconds, Coudriet and the Dutch were in Raiders territory, but Sam Krug intercepted his pass at the 20 and the Raiders were able to run out the clock.

Brown, who ran 17 times for 80 yards, joined the Generational Wealth Management Extra Point Show to talk about the victory

Noah Cherry had 73 yards rushing on 21 carries to pace ECC.