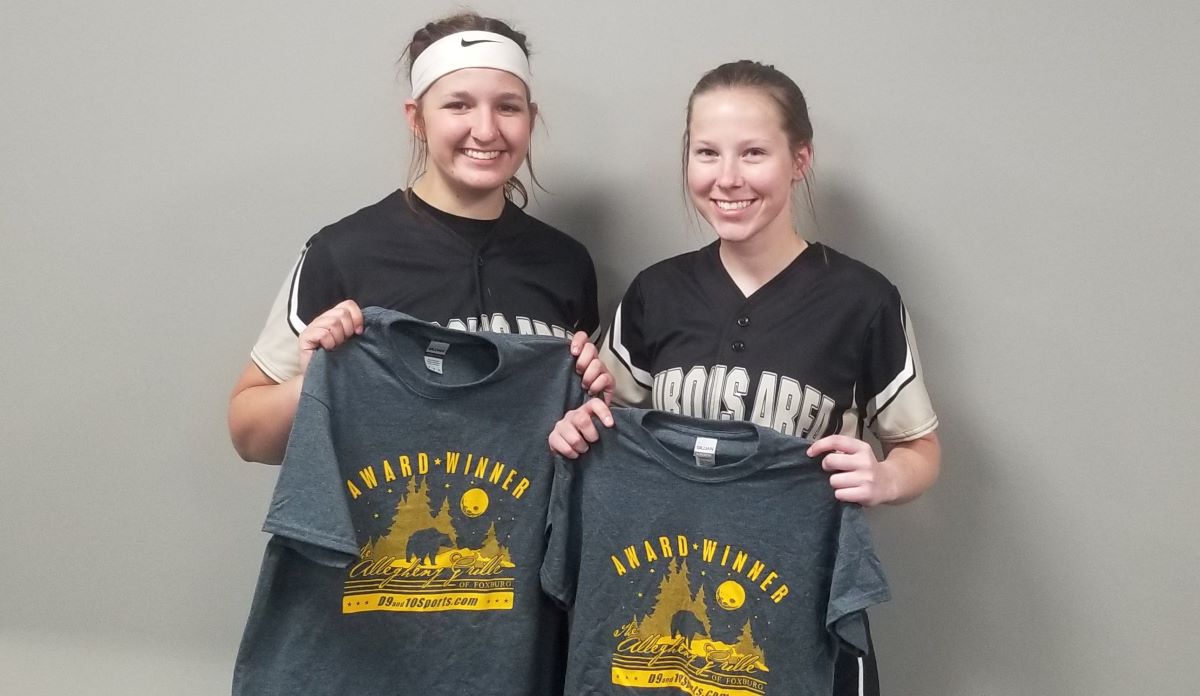 Geer, who entered the game, in the fifth inning as a pinch hitter came to the plate after Allie Snyder had reached on an infield single to second with one out in the seventh of a tie game.

“I was very nervous and also very excited to be put in that position because it gets your adrenaline really running,” Geer said. “When you do it, it is really exciting.”

Geer, who said she felt like jumping in the air when Waxler scored, was named the Allegheny Grille of Foxburg Co-Player of the Game along with teammate Jaden Swatsworth, who was a catalyst at the bottom of the order for the Lady Beavers with a pair of hits and three runs scored.

Swatsworth played a key role in DuBois’ two-run sixth inning that tied the game at seven after DCC, which lost for just the second time on the season, had taken a 7-5 lead with a six-run top of the sixth.

She singled with one out to start the rally and scored on Sarah Henninger’s triple off the left-field wall.

“It’s very important,” Swatsworth said of being able to get on base and turn the lineup over from the No. 9 spot in the lineup. “You always have to work hard to get the runners around.”

Watch Swatsworth and Geer in the postgame interview with D9and10Sports.com’s Chris Rossetti.

Henninger then tied the game when she scored on a comebacker to the circle by Lauren Walker then DCC pitcher Madi Hoyt threw wildly to first.

Game Brough to you by Computer Support in Clarion and Buck’s Pizza in DuBois, St. Marys, and Clearfield

The fact DuBois was in a position to have to rally was a bit of a surprise considering how the first five innings went.

After loading the bases with no one out in the first, Snyder, the Lady Beavers pitcher, went into cruise control retiring 15 of the next 20 batters she faced allowing only a sacrifice fly by Melia Mitskavich in the first inning.

Meanwhile, DCC scored three unearned runs in the first two innings off Hoyt before adding single runs in the third and fourth to go ahead 5-1.

But in the sixth, the Lady Cardinal bats came alive.

After back-to-back singles by Jessy Frank and Chelsea Busatto leading off the inning, Hoyt scored Frank with an RBI groundout. Morgan Tyler then came through with an RBI pinch-hit single to cut the deficit to 5-3.

After a second out was recorded, Emma Suplizio struck out swinging. But the pitch was so far out of the zone that it turned into a wild pitch that allowed Suplizio to reach first keeping the inning alive.

A walk to Mia Meholick loaded the bases for Shyanne Lundy, who gave DCC its first lead since the first inning when she hit a line-drive grand slam over the right-field wall.

Henninger led DuBois’ offense going 3-fo-3 with a triple, a walk, two runs scored, and an RBI. Snyder also had three hits going 3-for-4, while Swatsworth was 2-for-3 with the three runs scored.

Snyder got the win going seven innings allowing seven runs, all earned, on eight hits and five walks while striking out six.

Hoyt took the loss giving up eight runs, five earned, on 13 hits and two walks. She struck out one.