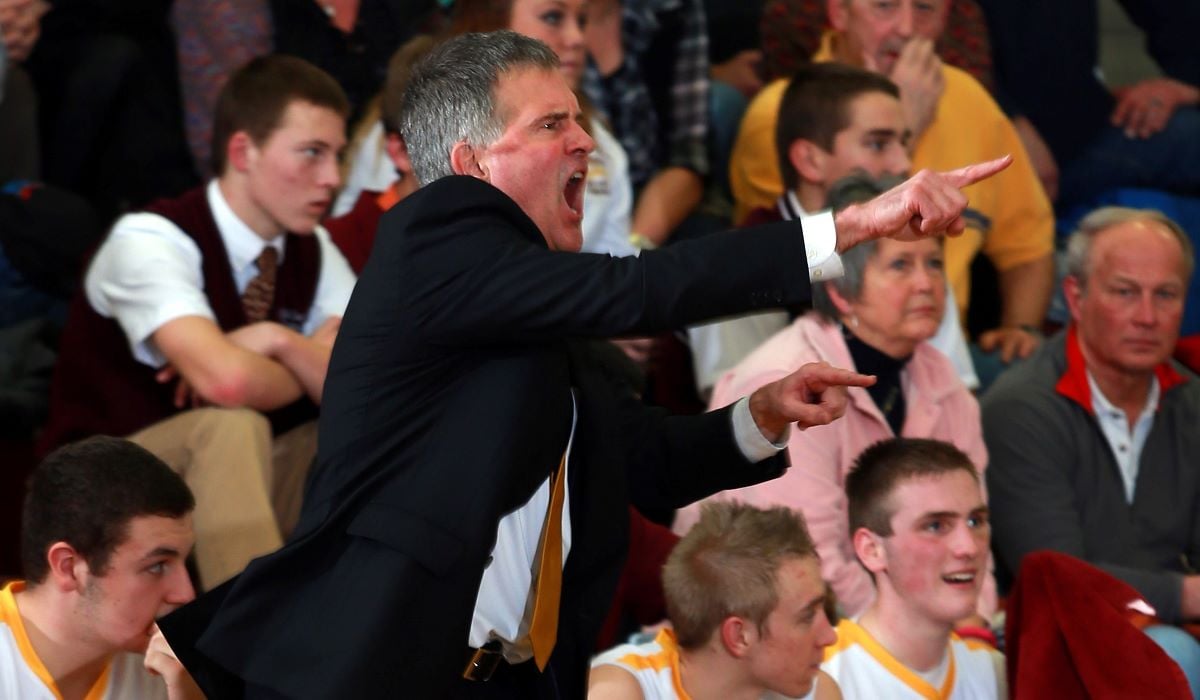 A week ago, we mistakenly reported that Straub had won his 900th game with a win over St. Marys, but a deeper dive in the record books showed that was “only” win No. 898 as the boys’ coach at the school. Straub also won 27 games as the ECC girls’ coach and has a career record of 927-259 including 900-237 in his 40th year as the boys’ head coach.

“I think, on the surface, it says I have been there a long time,” Straub said in a phone interview Friday night. “I have been very blessed to have some outstanding players and very blessed to have some excellent coaches. I am also very fortunate to be in a school where the mission of the school makes it very easy to conduct an athletic program and a basketball program parallel with the mission of the school, and I am very fortunate to able to do this for a long time.”

“No doubt, we can trace the success of the program to our grade school program coaches,” Straub said. “At that level, they do a great job preparing the kids.”

Straub also said the parents and players throughout the years deserve the credit.

“I have always had very supportive parents and kids that have worked very hard,” Straub said.

ECC overcame a slow start, the Crusaders trailed 12-5 at the end of the first quarter and 19-16 at halftime, to get to overtime tied at 36.

Both teams then scored four points in the first overtime to send the game to a second extra four minutes where the Crusaders got two free throws each from Jordan Wasko and Charlie Breindel and a bucket from Colby Nussbaum to edge the Elkers for the AML victory.

Jan. 21, 2022 D9 Girls Hoops: Presloid Double-Double Helps Punxsy to Win; Cameron Co. Pulls Away from Galeton
Jan. 21, 2022 D9 Boys Hoops: Cameron County Holds off Kane in Double OT; Karns City Squeaks by ACV
We use cookies on our website to give you the most relevant experience by remembering your preferences and repeat visits. By clicking “Accept All”, you consent to the use of ALL the cookies. However, you may visit "Cookie Settings" to provide a controlled consent.
Cookie SettingsAccept All
Manage consent