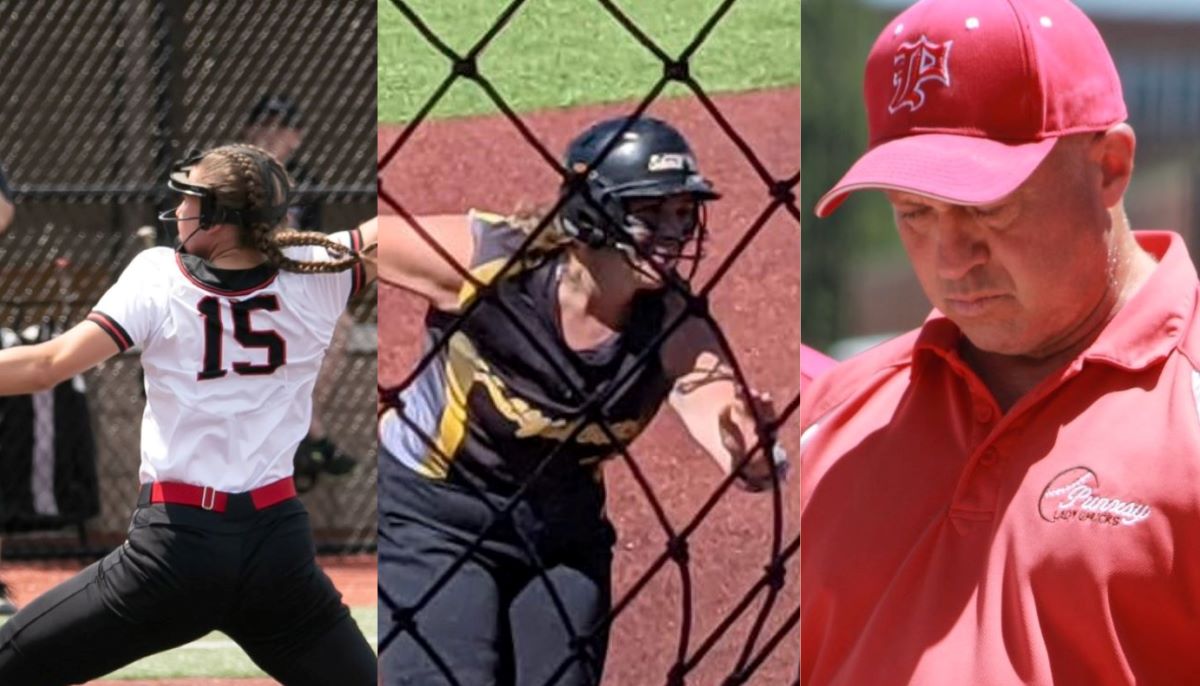 WARREN, Pa. – Natalie Bowser had a season for the ages, a season that may never be seen again in the annuals of District 9 softball.

Bowser committed 14 OUTS on the season. She hit 14 HOME RUNS. Let that sink in for a moment. The Keystone sophomore pitcher/first baseman had as many home runs as outs committed.

That is a big reason why Bowser is the inaugural D9and10Sports.com District 9 Softball Player of the Year.

In her first year of varsity softball – her freshman year was lost to the COVID-19 pandemic – Bowser hit an astonishing .766 with 30 of her 46 hits going for extra-base hits. In addition to the 14 home runs, she hit 15 doubles and a triple while driving in 48 runs (in 19 games) while scoring 32 runs. She finished the season by hitting at least one home run in each of her final eight games.

Almost nearly as mind-boggling, Bowser had 60 official at-bats on the season and reached base 59 times thanks to 12 walks and a hit by a pitch giving her a .808 on-base percentage and an out-of-this-world 2.558 OPS. Her .766 batting average is the best batting average in the United States among players whose stats were entered into MaxPreps.com (Bowser’s stats actually were not in MaxPreps), while her 14 home runs ranked tied for 14th in the country and tied for second in Pennsylvania (the leader had 19 but played in six more games than Bowser), and her on-base percentage is the third-best in the nation among players entered into MaxPreps.com.

If her batting numbers weren’t enough, Bowser also saw plenty of time in the circle for the Lady Panthers going 7-3 with a 1.85 ERA. In 63 innings of work, she struck out 63 and walked 14.

Hipps had another terrific season in the circle for Clearfield leading the Lady Bison to the District 9 Class 4A title by going 13-6 with a 1.89 ERA. In 126 innings of work, Hipps struck out 234 and walked 13. In addition, Hipps was great at the plate as well hitting .375 with 10 home runs, five doubles, 32 runs scored, and 22 RBIs.

Pifer earns Manager of the Year after getting the Lady Chucks to play their best softball when it counted the most.

Going into the District 9 Class 3A championship game against top-seeded Karns City, Punxsutawney was 8-10, coming off two straight losses, and had lost its starting shortstop to an injury.

But Punxsutawney beat Karns City, 5-1, to claim the D9 title and then proceeded to beat WPIAL third-place finisher Ellwood City, 4-3, in 10 innings (Punxsutawney tied the game with two outs in the bottom of the seventh) in the opening round of the PIAA playoffs, and then topped District 6 champion, Central Cambria, 6-4 in the PIAA quarterfinals before losing to eventual PIAA champion Mt. Pleasant in the semifinals.

In addition to the major award winners, a D9and10Sports.com All-District 9 team was named consisting of the following positions: catcher, first base, second base, shortstop, third baseball, three outfield spots, a utility player, a hitting pitcher/designated player, and two pitchers.