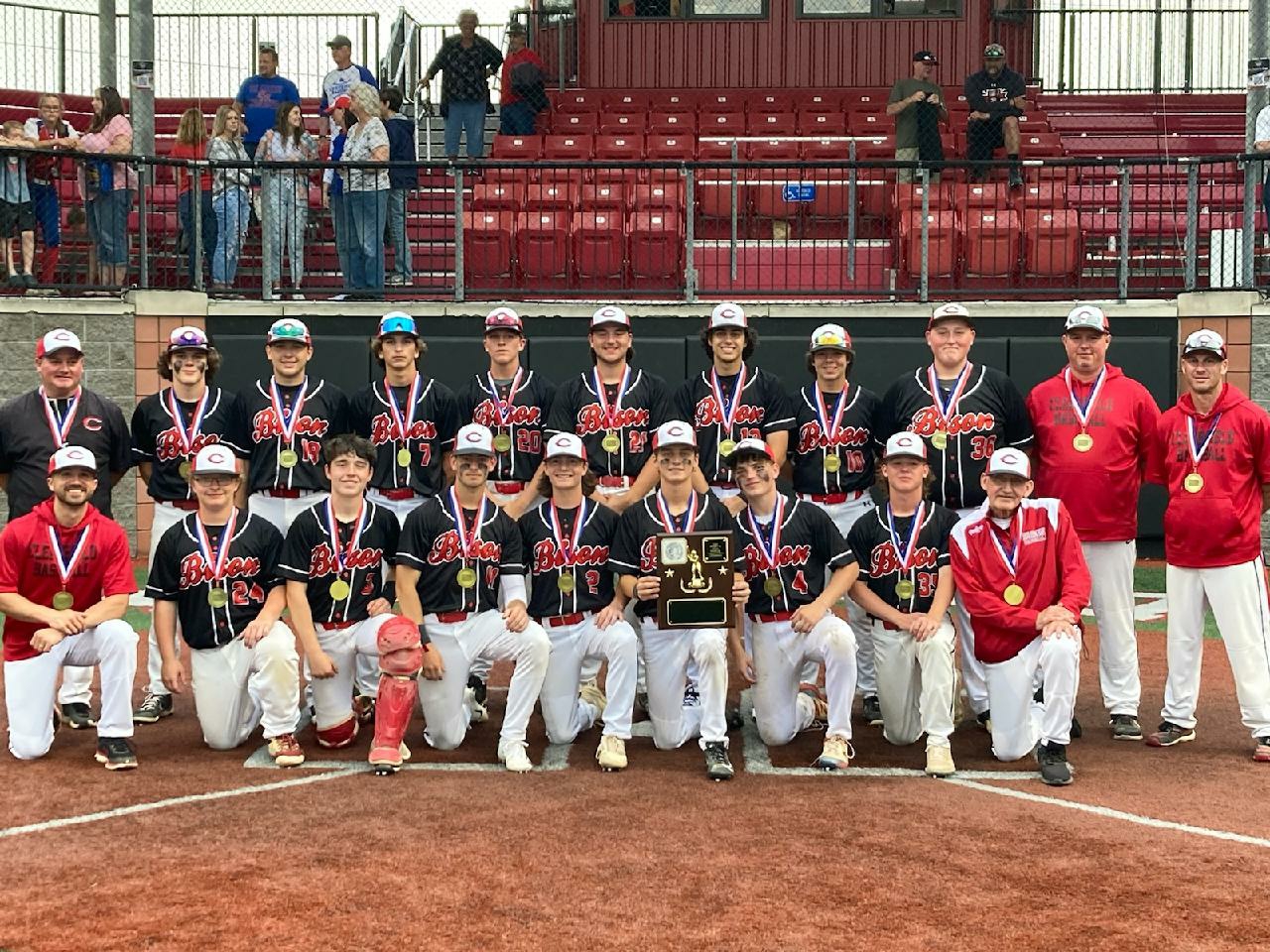 The 2022 Class D9 Class 4A baseball champions, the Clearfield Bison.

The win is the second in as many seasons for the Bison over the Dutchmen in the championship round.

Nolan Barr singled ahead of Billotte’s two-run blast to right to tie the game, which was immediately followed by Prestash’s blast to left-center that gave the Bison the lead for good.

Billotte continued his bid day with a two-run double in the sixth, followed by a sacrifice fly from Prestash.

Pretash talked about the win

Kyle Elensky went the distance on the mound for Clearfield, allowing five runs on nine hits, striking out five, and walking two.

Billotte finished 3-for-4 with five RBIs, while Elensky and Ty Troxell also had RBIs. Barr also had three hits and scored three runs.

St. Marys took a 5-3 lead with three runs in the top half of the fifth on a Christian Coudriet RBI single and a two-run single off the bat of Kaden Snelick.

Coudriet, Connor Bullers, and Carter Price had two hits each for St. Marys.

With the win, Clearfield advances to play Somerset, an 8-1 winner over Obama Academy, in a subregional game at noon Tuesday, May 31, at Showers Field.

D9 2A Baseball Semifinals: Minich, Redbank Valley Rally Past Karns City; Johnsonburg Advances Powered by North Washington Rodeo
D9 1A BB Semifinals: Lutz Spectacular Catch Sets Tone in C-L Win; DCC Back to Title Game Powered by North Washington Rodeo
This website or its third-party tools process personal data.In case of sale of your personal information, you may opt out by using the link Do not sell my personal information.
×
Manage consent