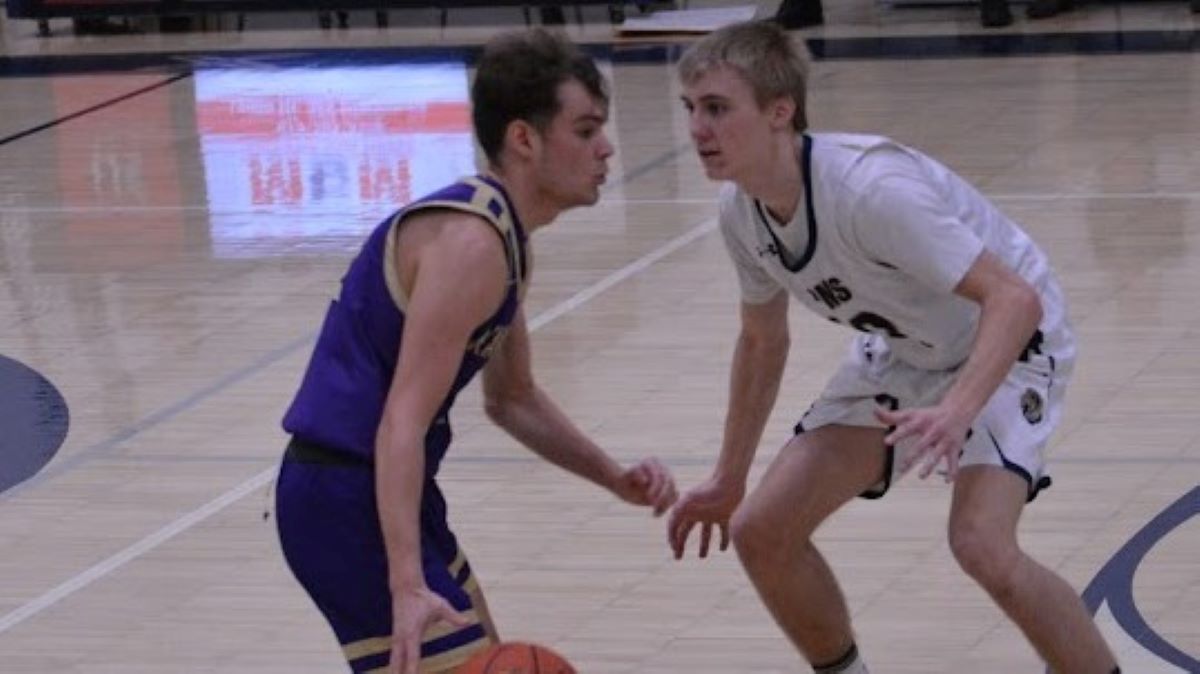 Beighley was at his best in the fourth quarter and the two overtimes scoring 21 of his 31 points.

Two of the most important points from Beighley came with no time on the clock at the end of regulation the Gremlins trailing 53-51.

Beighley was fouled at the end of regulation and hit both charity shots to send the game to overtime.

In the first overtime, Karns City led 58-56 when Andrew Zepeda hit a floater with four seconds left to send the game to a second extra session.

In addition to the key late free throws, Beighley, who also dished out seven assists, hit three 3-pointers in the fourth quarter to help the Gremlins rally from a 38-36 deficit heading to the final eight minutes of regulation.

Jacob Callihan had a big game for Karns City as well with 16 points and 16 rebounds with Micah Rupp adding 10 points and seven rebounds.

David Martino led Moniteau with 16 points, including 13 in the third quarter.

ECC trailed 25-23 going to the fourth quarter but took the 34-30 lead thanks to a balanced effort that saw six different players scoring.

Thompson, though, drilled a 3-pointer with just under 14 seconds left to cut the DuBois deficit to one, 34-33.

Wil Wortman was then fouled and hit the front-end of a one-and-one with about 10 seconds left but missed the second shot leaving the Crusader up two, 35-33.

Tyson Kennis pulled down the rebound and got it out to Thompson who pushed the ball up the sideline. Thompson then found Rudy Williams, who started to drive the lane before kicking back to Thompson just to the right of the top of the circle.

About two feet behind the line, Thompson put up an off-balance leaning jumper as ECC’s Jordan Wasko and Lance O’Neill tried to close him out.

Thomson, who hit three 3-pointers in the game, led all scorers with 14 points.

FOXBURG, Pa. – Dawson Smail sealed a 47-45 Clarion win at A-C Valley with a steal with under five seconds to play

It was Fox’s fifth steal of the game and helped s short-handed Bobcats team – Clarion played without starter Gabe Simko – hold off a fourth-quarter comeback attempt by the Falcons.

Clarion led 42-35 going to the fourth quarter but was held to just five points in the quarter while A-C Valley got a big 3-pointer from Brody Dittman as well as three points from Jay Clover to get back in the contest.

The teams were tied at 47 at the end of regulation before the Hubbers owned overtime thanks in big part to Dunn who hit a 3-pointer while going 4 of 4 from the line the extra four minutes.

Dunn and Alfieri combined to score 33 points led by 18 from Dunn with Alfieri adding 15.

NEW BETHLEHEM, Pa. – Using a 19-0 run that started in the second quarter and went into the early portion of the third quarter, Redbank Valley beat visiting Keystone, 51-45.

Keystone, which scored just two points in the second quarter, tried to fight back closing the gap to six, 45-39, early in the fourth quarter but couldn’t get any closer.

Owen Clouse had a game-high 18 points for Redbank Valley with Mason Clouse chipping in 11 points and Aiden Ortz eight.

Cole Henry had 15 points and 12 rebounds for Keystone with Tyler Albright adding 12 points and Drew Keth 11.

Shene Thomas added 12 points for the Terrors with Isiah Demick chipping in 12.

Aaron Myers and Kole Asti each added 13 points for the rams.

SENECA, Pa. – Riley Klingensmith was one of five Clarion-Limestone players to reach double digits with a game-high 18 points, as the visiting Lions toppled Cranberry, 75-39.

Ryan Shaffer led the Red Raiders with 11 points with Josh Smith and Landon Farren each scoring 10 and Camdyn Allison eight.

Jacob Hooftallen had a game-high 13 points for Austin with Dawson Hooftallen adding 11 points. Both Hooftallens also had five rebounds.

Evens, who added three steals, hit five of his triples in the first quarter when he scored 19 points helping the Gators to a 29-13 lead after eight minutes of play.

Blaine Moses had a game-best 12 rebounds for the Gators while adding three steals and six points, and Noah Archer facilitated the offense with nine assists while adding five rebounds and two points.

Reilly Streich had 16 points and LT Myers 14 for Coudersport.

Konner Beichner added 15 points and six rebounds for the Vikings.

Anthony Maseto added 15 points and Cohlton Fry 12 for the Owls.