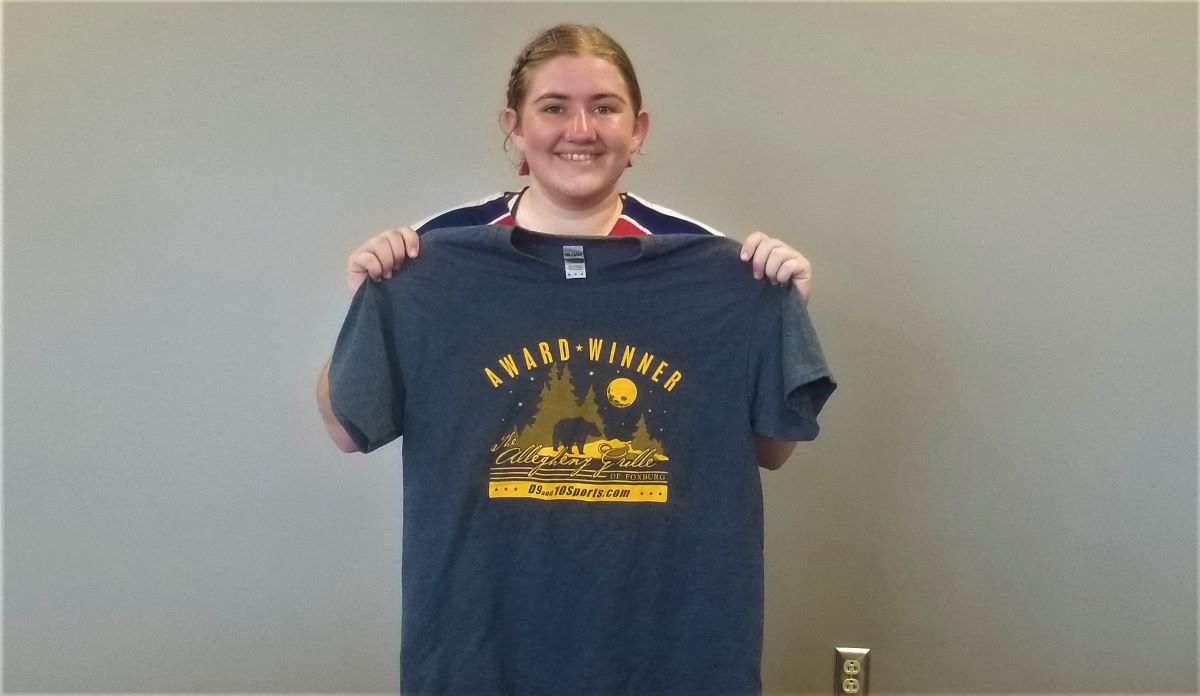 Kendall Young struck out 14, including her 100th of the season, in St. Marys' 6-1 win over DuBois Monday. She was named the Allegheny Grille of Foxburg Player of the Game

Despite having to give up trying to throw two pitches – a rise ball and a curveball – that were effective early because of steady rain, Young struck out 14, including her 100th strikeout of the season, and walked two while allowing one earned run in the win.

“My rise ball and curve were my two pitches that were going (early),” Young said. “But it started raining, and it got a little harder to hold on to the ball. So, I had to resort back to fastballs and basic mechanics.”

Whatever Young threw, DuBois had trouble catching up to it.

The Lady Dutch sophomore, who came into the game with 94 strikeouts, struck out the first six batters she faced, including Allie Snyder to end the second inning for strikeout No. 100 on the season.

According to Young, who was named the Allegheny Grille of Foxburg Player of the Game, pitching in the rain wasn’t an easy task.

“It is really difficult because you can’t grip the ball at all,” Young said. “It’s hard to get the spin pitches in because you really use the fingers for that.”

It didn’t hurt that Young pitched with the lead the entire game thanks to a first-inning three-run home run by Brianna Grotzinger.

“It is a lot easier (pitching with the lead),” Young said. “You are settled down, and you know if a hit or two is given up it is not going to affect the game. I know, also, I have my defense to back me up too. That was a really big part of our win today, too.”

The Grotzinger home run, which came after Olivia Eckles doubled and Kara Hanslovan reached on an error, was exciting to watch, Young said.

“I was jumping up and down,” Young said. “I was really excited for her. She has really been on a roll coming in clutch in the first inning with a home run and putting up runs early.”

St. Marys added to its lead with a run in the third on a n RBI by Gianna Surra that scored Grotzinger, who had led off the inning with a walk.

Young, meanwhile, took a no-hitter into the sixth inning before Sarah Henninger led off the inning with a single to center and came around to score on a one-out single to left by Saige Weible.

But with two runners on and just one out, Young struck out the next two batters to end the inning and then struck out the side in the seventh to push St. Marys to 8-2 on the season.

“I feel like (things) have gone really good,” Young said of St. Marys’ season. “But, I also feel that if a lot of us had had the last year to play (the PIAA didn’t have a 2020 season because of COVID-19), we would have started off a little bit stronger (this year). We started off a little bit weak, which was a little bit from inexperience. There are really only three or four girls on our team who had played in a high school game before (this season).”

St. Marys returns to action Tuesday at Hollidaysburg before playing Wednesday in the one-day Elk County Tournament along with Johnsonburg, Coudersport, and Elk County Catholic. The Lady Dutch will face Johnsonburg in the opening round.

DuBois is back in action Tuesday when it hosts Punxsutawney.

May 3, 2021 D9 Baseball: Sebastian, Merry Power Otto-Eldred Past Galeton; Karns City Rallies Past Moniteau
Orioles Promote Former Harbor Creek Standout Mattson to Big Leagues
This website or its third-party tools process personal data.In case of sale of your personal information, you may opt out by using the link Do not sell my personal information.
×
Manage consent