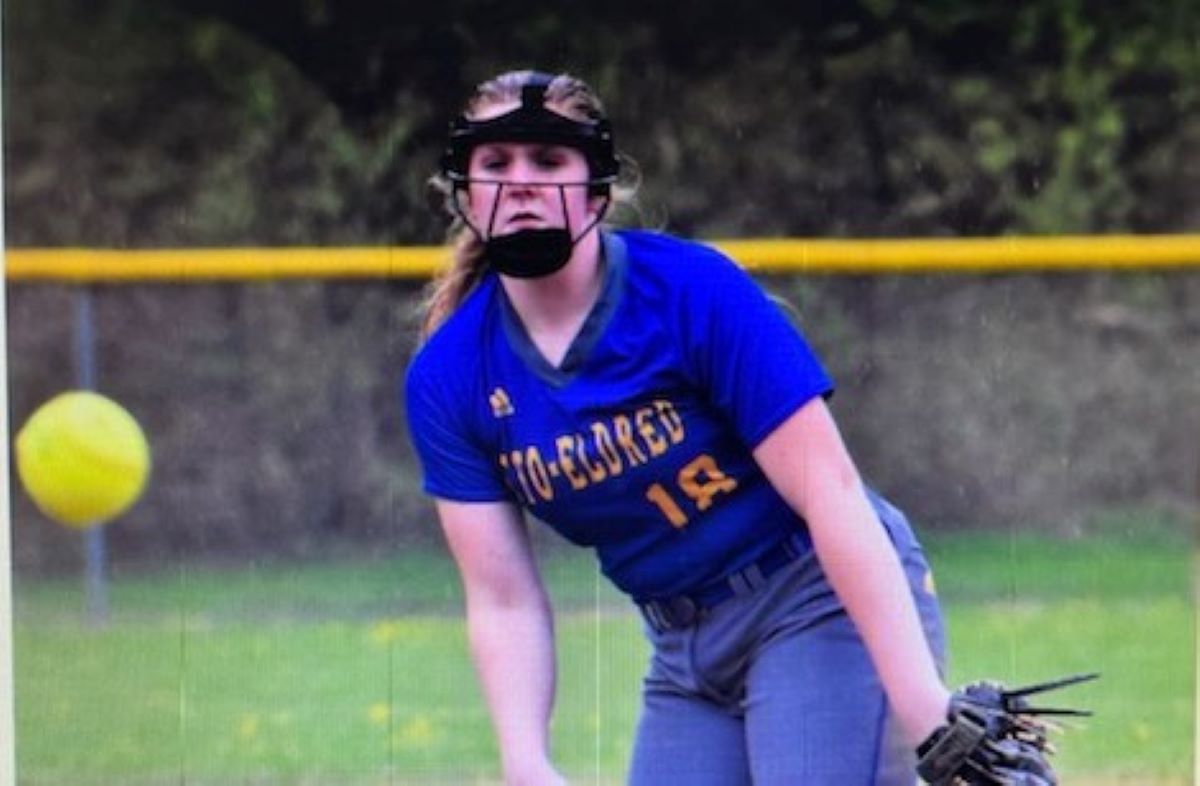 Bri Heller had a big doubleheader for Otto-Eldred in its sweep of Galeton Monday. Submitted photo

ELDRED, Pa. – Otto-Eldred swept a doubleheader from visiting Galeton winning the first game, 14-1, in five innings and 24-0, in three innings.

In the first game, Kate Rhinehart was 2-for-2 with a home run, while Abby Wolfe was 2-for-3 with two triples and an RBI, and Katie Sheeler and Bri Heller were both 1-for-2 with a double and an RBI.

Wolfe got the win going four innings allowing one run on three hits and a walk while striking out seven. Rhinehart struck out the side in the fifth.

Danielle Claycomb was 1-for-2 with an RBI for Galeton.

In the second game, Bri Heller struck out all nine batters she faced to get the win and was also 2-for-2 with a triple and three RBIs at the plate.

KANE, Pa. – Emily Mourer went 4-for-4 with a home run, a double, two runs scored, and four RBIs to lead visiting Elk County Catholic to a 16-1, four-inning victory over Kane.

Leah Tigani was 1-for-1 with a walk and a run scored for Kane with Kate Parana adding an RBI.

Mourer was also the winning pitcher going four innings allowing one earned run on one hit, four walks, and a hit batter while striking out eight.

PORT ALLEGANY, Pa. – In a back-and-forth contest, a four-run fourth inning helped Coudersport to a 12-9 win at Port Allegany.

The lead changed hands in the first and second innings before Coudersport tied the contest at six in the top of the third only to watch the Lady Gators take the lead back, 7-6, in the bottom of the third. But the four-run fourth put the Lady Falcons ahead for good with the big hit in the inning being a two-run single by Savannah Myers.

Also for the Lady Gators, Kaci Chappell was 1-for-2 with two walks, a run scored, and an RBI.