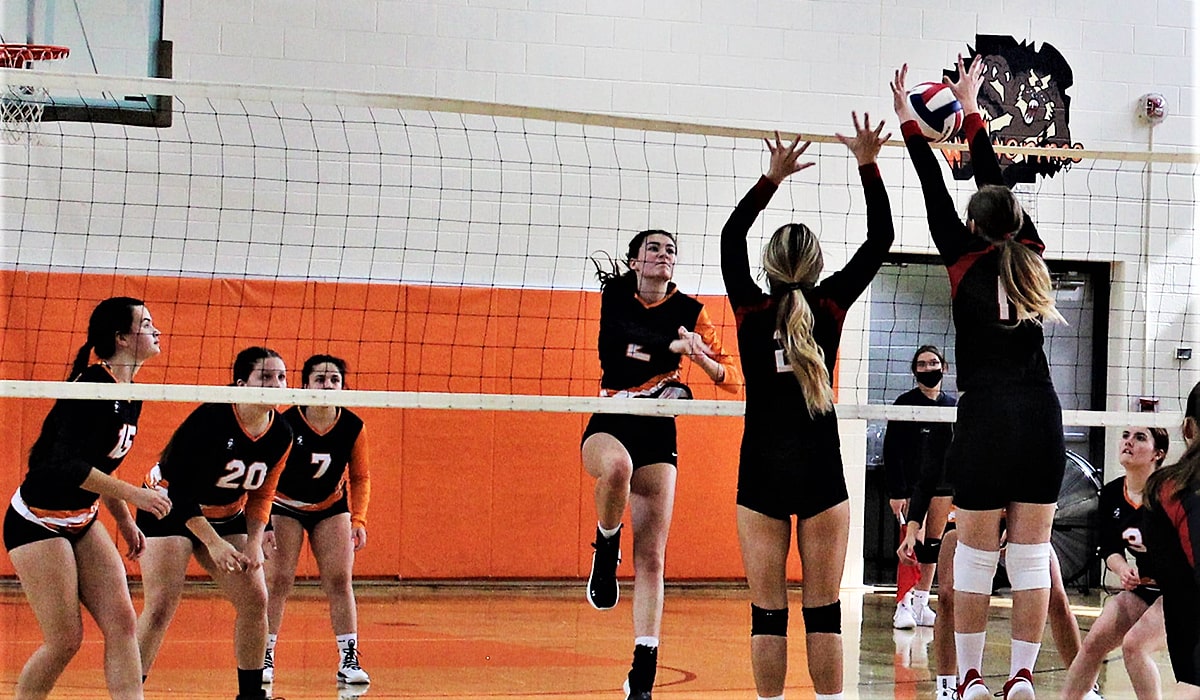 Sheffield's Kassidy Orinko had a huge game for the Wolverines with 24 digs and 22 kills in a win over Kane. Photo courtesy Rita Goldthwaite

Kassidy Orinko had a monster double-double with 24 digs and 22 kills. She also added three blocks.