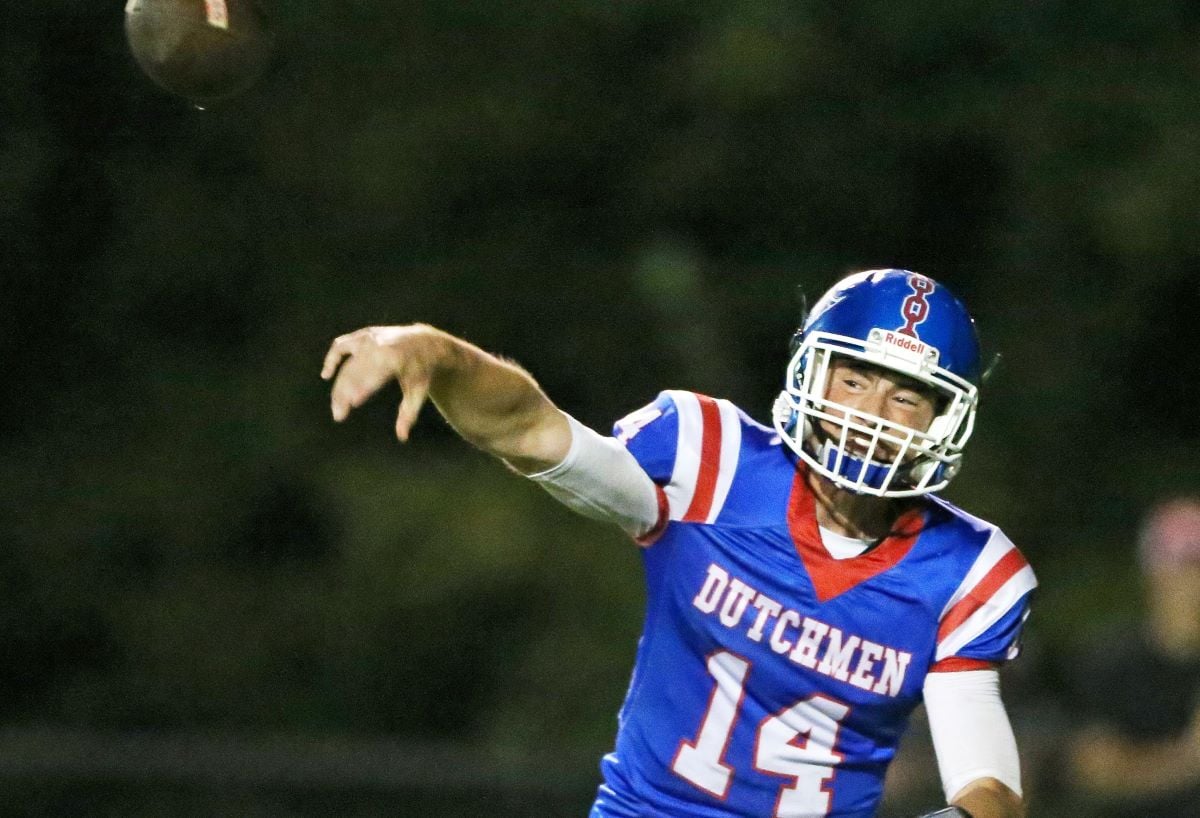 The game-winner was Coudriet’s fifth TD pass of the night as the Dutch handed the Gremlins their first loss of the season.

Coudriet hit Logan Mosier for four yards in the first quarter and threw a 29-yard strike to Collin Reitz in the second to give St. Marys a 14-0 lead.

Eric Booher ran it in from eight yards out with 22 seconds left in the half to cut the lead to 14-7 at halftime.

Coudriet went back to work and hit Chadsey for nine yards and their first touchdown connection to extend the Dutch lead to 21-13.

Booher found Micah Rupp for a 19-yard scoring play, and Garing’s conversion run tied it at 21-21.

St. Marys opened the fourth quarter scoring as Coudriet hit Mosier for a 70-yard bomb and a 27-21 advantage.

Garing’s second rushing TD of the game with 3:52 to play gave Karns City a 28-27 lead and set the stage for the Coudriet to Chadsey game-winner.

Coudriet finished 25-38 for 401 yards and five touchdowns passing, plus a 2-point conversion run and three PATs.

Booher was 9-18 passing for 139 yards a touchdown and two interceptions. He also had 41 yards and a score rushing.

Garing finished with 68 yards and two touchdowns on 18 carries, while Jayce Anderson had 12 carries for 81 yards. Rupp had five receptions for 112 yards and a touchdown.

Oct. 1, 2021 D9 Football: Central Clarion Gets First Win; Cameron Moves to 4-1; Allegretto Scores 4 TDs
Knox Sets Oil City Single-Game Rushing Record of 484 Yards in Win Over Franklin
This website or its third-party tools process personal data.In case of sale of your personal information, you may opt out by using the link Do not sell my personal information.
×
Manage consent