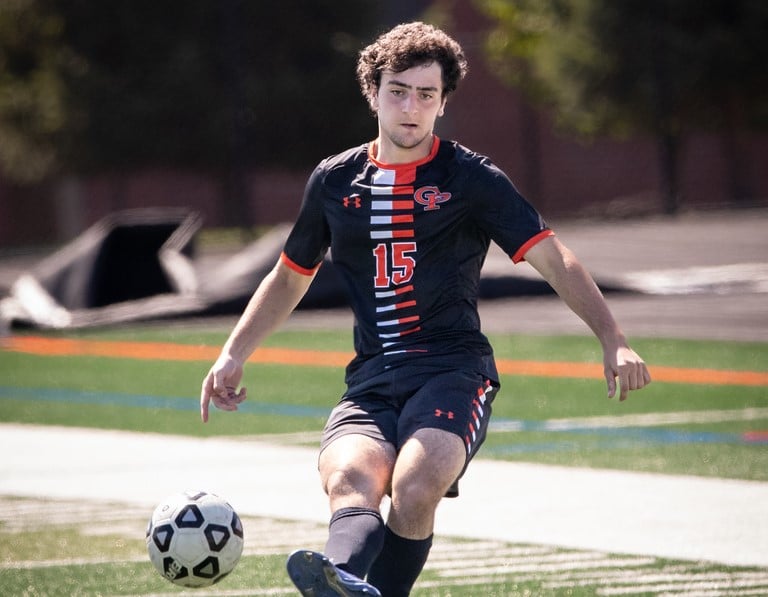 SLIPPERY ROCK, Pa. – Gavin Siegried’s first-half goal proved to be the difference as Slippery Rock earned a 1-0 win over Hickory.

Nick Kingerski had the assist, while Connor Wallace had the shutout in net.

Garrett Thumm and Ben Hamilton scored one goal apiece, while Ellis, Joseph Ferrans and Matthew Knopp each had one assist.

JR Schepp had two saves in net for Mercer.

Rylan Piccirilli had Sharpsville’s goal on an assist from Liam Campbell.

Reece Johnson had a goal and three assists for the Ramblers, while Dylan Danch, Max Johnson and Andrew DiSanza had one goal each.

Ethan Baker had the shutout in net.

Logan Smith had two goals, while Luke Wetzel had one goal and Caleb Watt, Braxton Johnson and Sam Simmons had one assist each.

Mason Roessner, Drew VanWhy and Andy Chen had assists for the Falcons.

Isaac Reitz and Thomas Bowser had one goal and one assist each, while Maddox Harmon added an assist.

Kyan Peck had DCC’s goal on a penalty kick.

Jazmines Sarvey-Vasquez had a goal and four assists for the Lady Raiders, who have won four straight.

McKenna Martin, Cece Morrow, and Hanna Dailey all had a goal and an assist each, while Lyrik Reed and Shali Slater had one assist each.