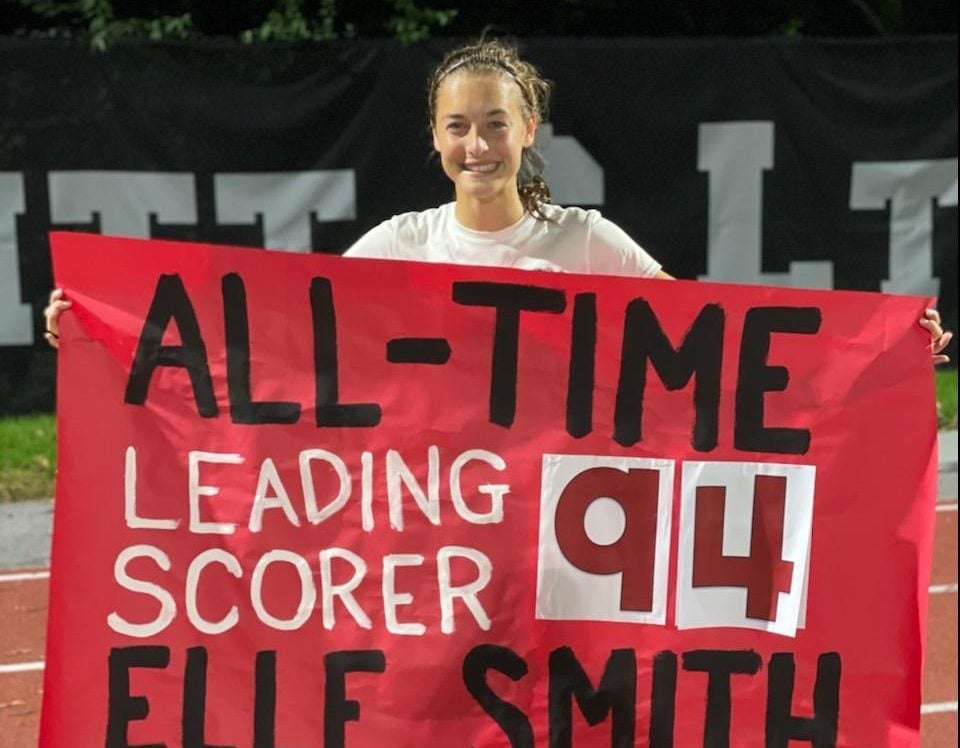 Smith scored one goal in the first half and three more in the second. Three of her goals were unassisted. The one that opened the scoring came off a feed from Emma Hipps.

Hipps scored three goals of her own, while Kaylie Brown added the other. Riley Ryen notched an assist.

Balaski scored 44 seconds into the contest and then added a second goal 3:59 seconds later to stake the Mustangs (6-1) to an early 2-0 lead.

Devyn Bailey made it 3-0 in the eight minute before Balaski completed the hat trick late in the 14th minute to make it 4-0.

It was the first of two goals for Bailey, who also scored late in the 51st minute to give Mercer a 9-0 lead.

Before the first half was over. Ryan Dubiel and Balaski both scored to push the lead to 6-0, and then Balaski scored again two-and-a-half minutes into the second half to make it 7-0.

Balaski was named the Allegheny Grille of Foxburg Player of the Game and talked about her performance and the win.

Clarion was unable to muster a shot on either of the two Mustang goalies with Kiley Kennis playing the first half and Maddy Jewell the second half.

The Lady Cats, who were down a number of starters, fell to 1-5.

HARBORCREEK, Pa. – Ashley Froess scored a pair of goals to help Fort LeBoeuf to a 5-0 win over Harbor Creek.

Maggie Morrison, Elise Cacchione and Abby Kightlinger had one goal each for the Bison. Emily Samluk tallied three assists and Cacchione and Morrison one each.

Lauren Green got the clean sheet in net.

Ott also added a pair of assists for the Eagles.

Kane and Forest Area battled to a draw.

Shawna Pack and Emily Best had a goal, with Best also notching an assist for Forest. Emily Stephan and Jillian Watts scored for Kane.

EDINBORO, Pa. – Alexa Tojaga, Callie Cacchione and Lauren Baloga all scored to help Villa to a 3-2 in over General McLane.

Ella Raimondi and Olivia Dixon had assists for the Victors.

Victoria Carney and Rorri Mueller had the clean sheet in net.

Sept. 20, 2021 VB: ECC Downs Kane; Mercyhurst Prep, Union, Rocky Grove Get Wins
Sept. 21, 2021 Volleyball Schedule
We use cookies on our website to give you the most relevant experience by remembering your preferences and repeat visits. By clicking “Accept All”, you consent to the use of ALL the cookies. However, you may visit "Cookie Settings" to provide a controlled consent.
Cookie SettingsAccept All
Manage consent