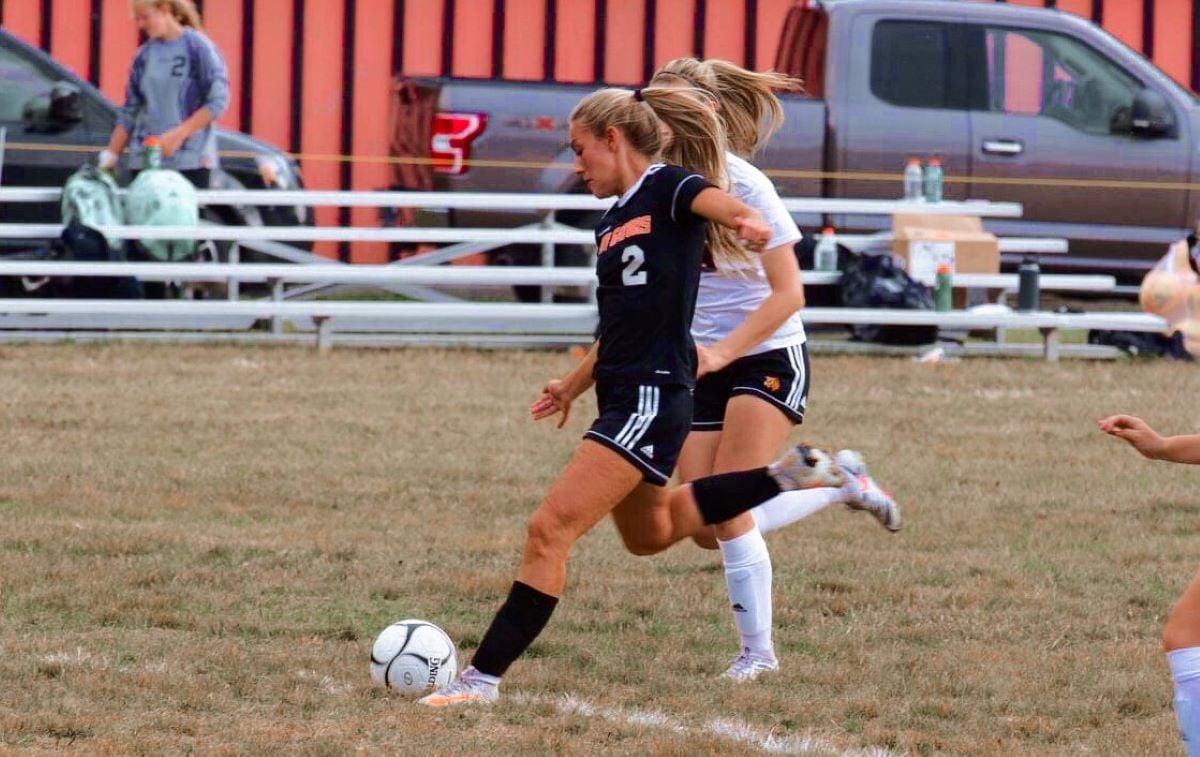 HYDE, Pa. – Mia Smith and Kaylie Brown scored a pair of first-half goals to help Clearfield to a 2-0 win over Bellefonte.

Elle Smith assisted on both of the goals in the first half.

In the second half, the Lady Bison added an own goal

Cayleigh Walker had two stops in net for the winners, while Keira Whitman had 17 stops for Bellefonte. Clearfield held a 10-0 edge in corner kicks and a 19-2 advantage in shots on goal.

Olivia Schott had a goal and an assist for the Gators, while Kailey Bartlett also added a goal, and Stauffer and Starlette Bridenbaker assists.

Brielle Budd had two stops in net for Port.

For St. Marys, Avery Eckles, Izzy Catalone, and Sophia Rodowksi all had goals, assisted by Jenna Mazzaferro and Rachelle Fritz.

Olivia Eckles had 10 stops in net for the Lady Dutch.

Jenna Popowski also found the back of the net for the Lady Bison.

BROOKVILLE, Pa. – Hannah Lundgren scored with 55.7 seconds left in the second overtime to send Brookville to a 3-2 win over Brockway, their first win over the Lady Rovers since 2015.

Josie Orinko had 15 stops for Brockway and Kerstyn Davie six for Brookville.

Cowburn tallied six assists, while Prince and Grace Close had two each, and Morgan, Elle Kane, Stark, Tyler, Kiara Hogue had one apiece.

Rylie Baldwin had the clean sheet in net.

Dixon also had an assist on Mackenzie Prather’s goal in the first half, while Kayley McCall set up Dixon’s game-winner.

Sara Gennsuo had the Fairview goal in the first half.

Kaelynn Astor also found the back of the net for the Blue Devils, while Brayerm, Yasenchzck, and Mallory Zook had assists.

Vivian Sanders had the clean sheet in net.

Abby Cozad and Mia Basile had one goal apiece for the Hornets, while Abbi Rossi had two assists.

Daisy Rust had the shutout.

Aiva Reich and Ella Thimons also found the back of the net for the Rockets.

YOUNGSVILLE, Pa. – Warren’s offense erupted for 10 first-half goals and rolled to a 12-1 win over visiting Meadville.

Audrey Smith had a goal and an assist, and Marielle Stanz had a helper.

COUDERSPORT, Pa. – Jacob Hooftallen scored a goal in each half as Coudersport earned a 2-0 win over Galeton.

Micah Baston and Mason Roessner had assists for the Falcons, while Braidyn Rumsey had eight saves to earn the shutout in net.

Isaac Hetrick also scored off a Thomas Bowser assist for the Raiders.

Alex Carlson scored on a penalty kick for Brookville late in the game.

Brody Barto had four saves for Brookville and Jacob Maze nine for Brockway.