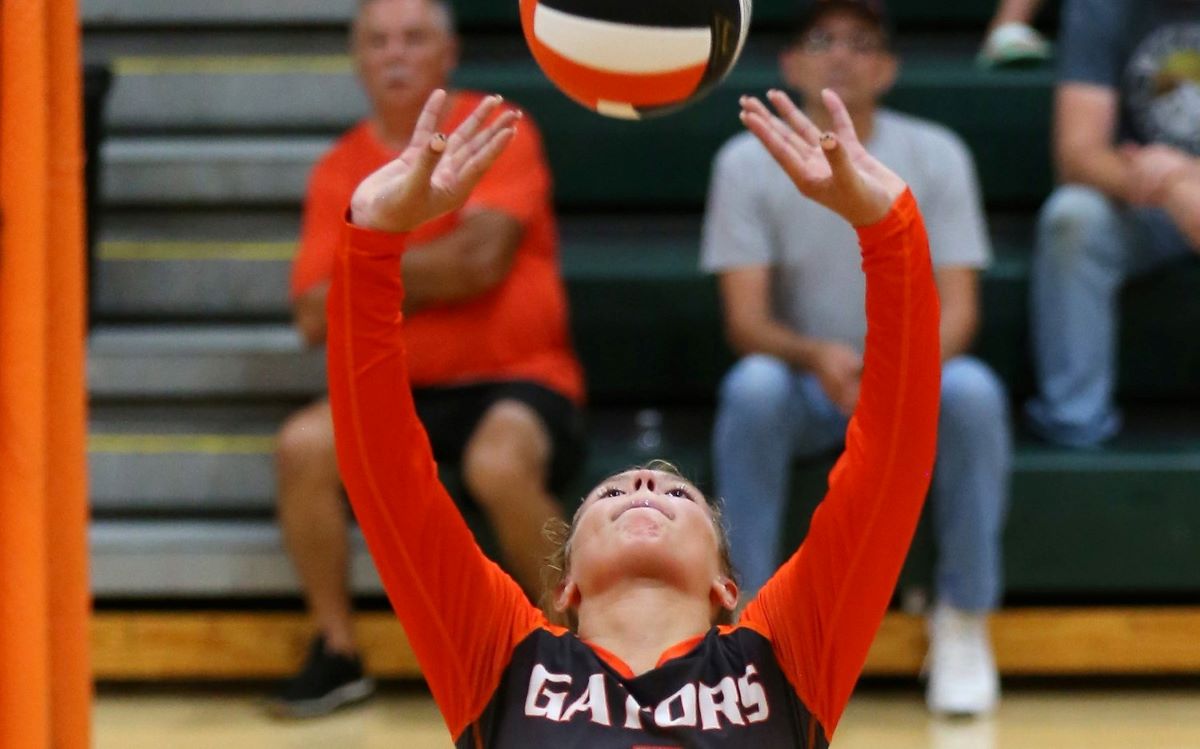 Nelson finished the match with 27 set assists to lead the Lady Gators with many of those going to Madeline Smith, who had 16 kills along with six aces.

Thomas had 17 kills and eight aces and completed a double-double with 11 digs.

Elliott Schleicher ran the offense for the Bulldogs with 26 set assists.

Aubree Lorenzo added eight kills while Navaeh Spaeth had eight kills, eight aces, and a block for the Lady Raiders.

Alyn Thomas had 14 kills, two blocks, and a dig for Smethport with Baylee Fitzsimmons adding 27 digs, a kills, and a set assist.

Also for the Lady Hubbers, Kaylee Swanson had seven digs, six kills, three aces, and a block, and Madi Faes ran the offense with 24 set assists while adding six digs, two aces, and a kill.

Katie Beggs added six aces and two kills for the Orioles who also got five aces from Abby Cable, three kills from Josie Seely, and three aces from Kaidlynn Burger.

Morgan Bercis and Taylor Keener each chipped in five kills in the win with Bercis also having five digs, a set assist, and a block and Keener 13 set assists, three digs, and a block.

Madison Bercis chipped in on defense for the Muskies with 13 digs with Hannah Hart contributing six digs, two kills, and a block.

Annie Loposky ran the offense for Reynolds with 17 set assists to go with seven digs, two kills, and an ace.

Marissa Hillyer had five kills and an ace for the Raiders while Rylee Gearhart added eight kills, eight digs, and a block.

Also for Reynolds, Addie Floch had five kills, three digs, and two aces, Ava Murcko chipped in three kills, five digs, and a block, and Kylie McAdoo had nine digs and an ace.

Kennedy Kaye had a team-best six aces and 19 digs for the Lady Panthers who also got 13 set assists and four kills from Natalie Bowser.

Abby Berry ran the offense for the Eagles with 12 set assists.

Olivia Cook added eight kills, 13 digs, two blocks, and an assist for the Green Wave who also got seven kills and 10 digs from Praylan Perkins and 31 set assists, two digs, and a kill from Trinity Lundy.

Bella Ritenous had 13 kills, seven blocks, and five digs for Sharpsville who also got nine kills from Breanna Hanley and seven kills and 10 digs from Chasie Fry.

Caitlin Stephens ran the offense for the Big Red with 39 set assists while also adding 21 digs and five aces.

Savannah Horton added eight kills and 10 digs for the Lady Panthers, while Ella Brewer had 27 digs.

Marah Fowler ran the offense for Austin with 27 set assists.

Addy Reigle also had nine digs for the Lady Tigers with Macy Crowell recording 10 digs, three kills, five set assists, and an ace, and Alli Macensky had five blocks, two digs, a kill, and an ace.

Lilli Mook had a double-double from General McLane with 14 kills and 18 digs with Cassidy Swain adding nine kills and three blocks.

Also for the Lancers, Bailey Cannon had seven kills with Elaine Corwin adding six kills and 14 digs. Corwin also had a pair of aces.

Abby Ball ran the offense for GM with 42 set assists while adding nine digs, and Rachel LeSuer had 10 digs and two aces.

Samantha Griebel added seven kills and 19 digs for the Lady Chucks who also got six aces from Lexi Poole, 16 digs from Sydney Hoffman, and 29 set assists and seven digs from Danielle Griebel.

Also for Punxsy, Kinsee Barnett chipped in two blocks and Zoey Hoover had four kills and a block.

Kylie Disney led the defense for the She-Wolves with 28 digs, and Ainsley Hartle had 22 set assists and seven digs.

Katie Gezik and Taylor Shick each had three kills for Union.