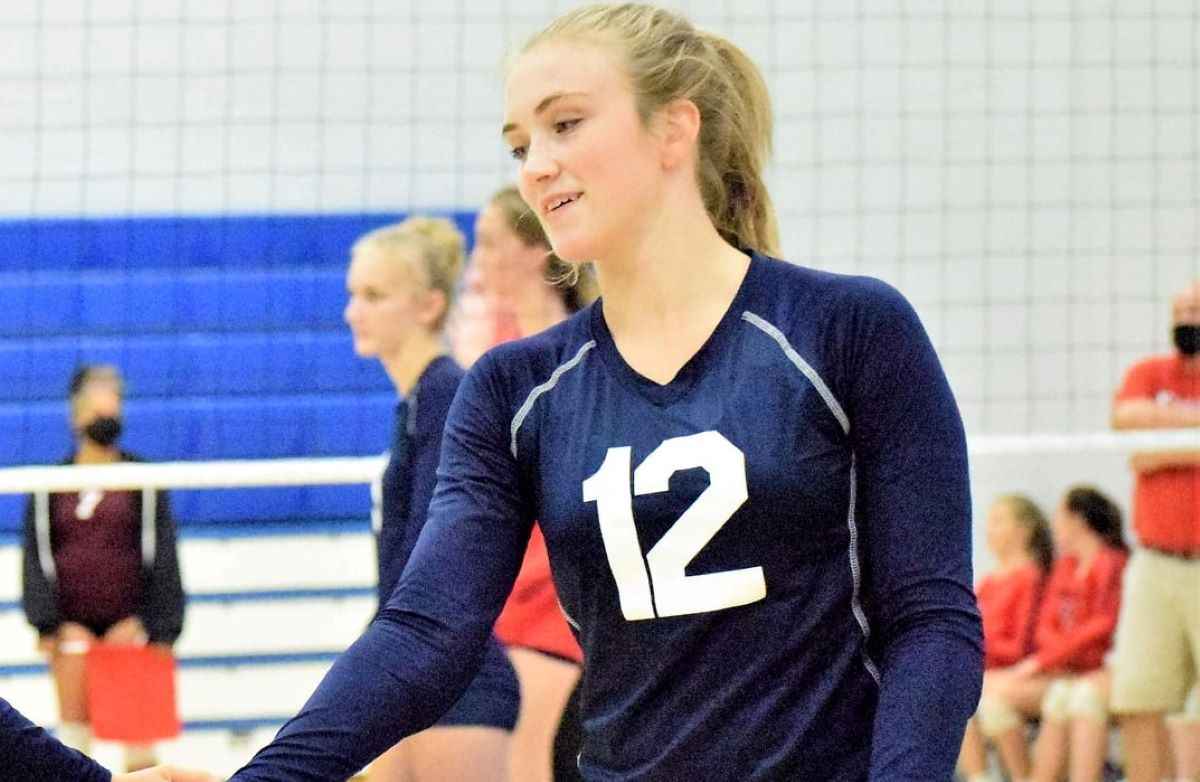 Katie Madigan of Warren had a big match in the Lady Dragons win over Sharpsville. Photo by Jeff Parkin

Madigan had 18 kills, 27 digs, and three aces to lead the Lady Dragons.

Carly Beers and Ellee Irwin also reached double digits in kills for Warren with Beers recording 11 kills and Irwin 10. Both girls had double-doubles with Beers adding 21 digs (and two aces) and Irwin 14 digs.

Zoe Moore also added six aces for the Lady Rovers, while Lauren Rendos and Stephanie Stage each had three kills.

Avaree Kellert added nine kills, eight digs, and seven blocks for the Green Wave, while Praylan Perkins had seven kills, 10 digs, and six aces, and Trinity Lundy had five aces and four digs while running the offense with 27 set assists.

Ella Brewer had 15 digs and two kills for Austin, while Jade Williams had eight digs. Marah Fowler ran the offense for the Lady Panthers with 10 set assists.

Vell also had a pair of aces for the Lady Panthers, while Kennedy Kaye had five aces and a team-best eight digs. Alyssa Weaver ran the offense with 12 set assists.

Abby Kriedler, Jade Heeter, and Sydney Svolos each had five kills to lead the Oilers’ offense.

Hailey Kriebel and Dominika Logue each had 10 kills for Union with Logue completing a double-double with 10 digs while adding four aces and Kriebel adding five aces.

Also for the Golden Damsels, Kennedy Vogle had 11 aces and 13 digs and Keira Croyle chipped in 12 set assists and three aces.

Alyssa Bakaysa led the Lady Tide with four kills and an ace, while Lizzy Palmer had two kills and two blocks. Also for Curwensville, Janessa Snyder had a pair of kills and Alaina Anderson had three kills, a block, and seven set assists.

Lauren Sauley chipped in 11 assists, five kills, and seven digs in the win.

Maddie Parks added four kills, six blocks, three aces, a dig, and an ace for the Victors, while Nikole McLallen had nine kills and four digs.

Willa Regal ran the Villa Maria offense with 35 set assists while adding three kills, a block, and an ace.

Taylor Williams and Kayla Sharman each added seven kills for the Yellow Jackets while Courtney McDonald had 19 digs. Tori Williams (13) and Ashlee Rictor (12) combined for 25 set assists to run the offense.

Virginia Recchia ran the offense for the Rockets with 25 set assists.

The Bobcats got a strong defensive performance from Lou Schneider, who had 19 digs.

Reese Gadsby did a little bit of everything for the Sailors with 21 set assists, nine kills, nine aces, and 13 digs while Lydia Heckman and Melody Shilito each had seven kills.