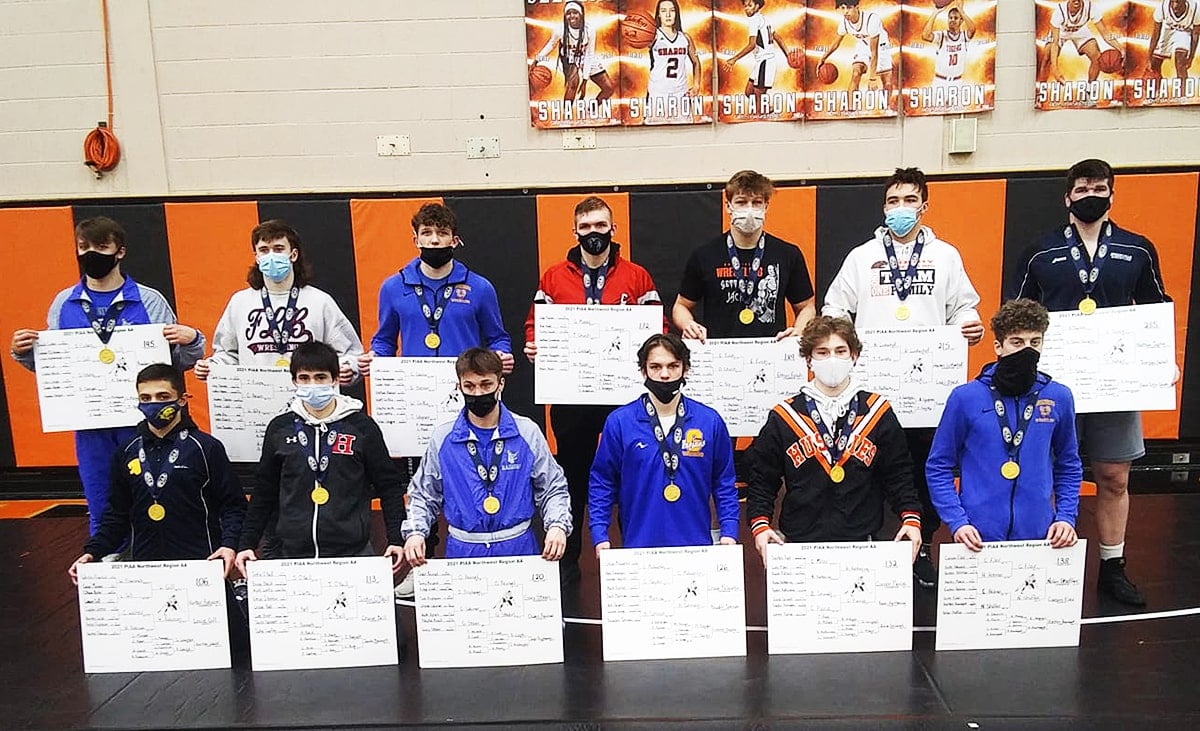 SHARON, Pa. – Reynolds continued its postseason dominance Saturday as six of the seven Raiders who participated in the AA Northwest Regional Tournament advanced to next week’s West Super Regional.

Fort LeBoeuf had only one region champion, Jack Rimpa at 152 pounds, but had four wrestlers-Jacob Bennett (113), Jojo Przybycien (120), Timmy Church (172) and Danny Church (189)-finish third to help the Bison to a third place team finish with 70 points.

Johnsonburg was the only other team with multiple region champs, Nolan Shaffer (138) and Cole Casilio (160).

All but two of the championship matches were decided by decision. Steen picked up a 9-0 major over Reinsel and Rimpa pinned Kane’s Luke Ely.

The West Super Regional is a new step in the postseason this year as part of the PIAA’s COVID-19 mitigation efforts. The top four in each weight class will advance to the PIAA State Tournament in Hershey March 12.