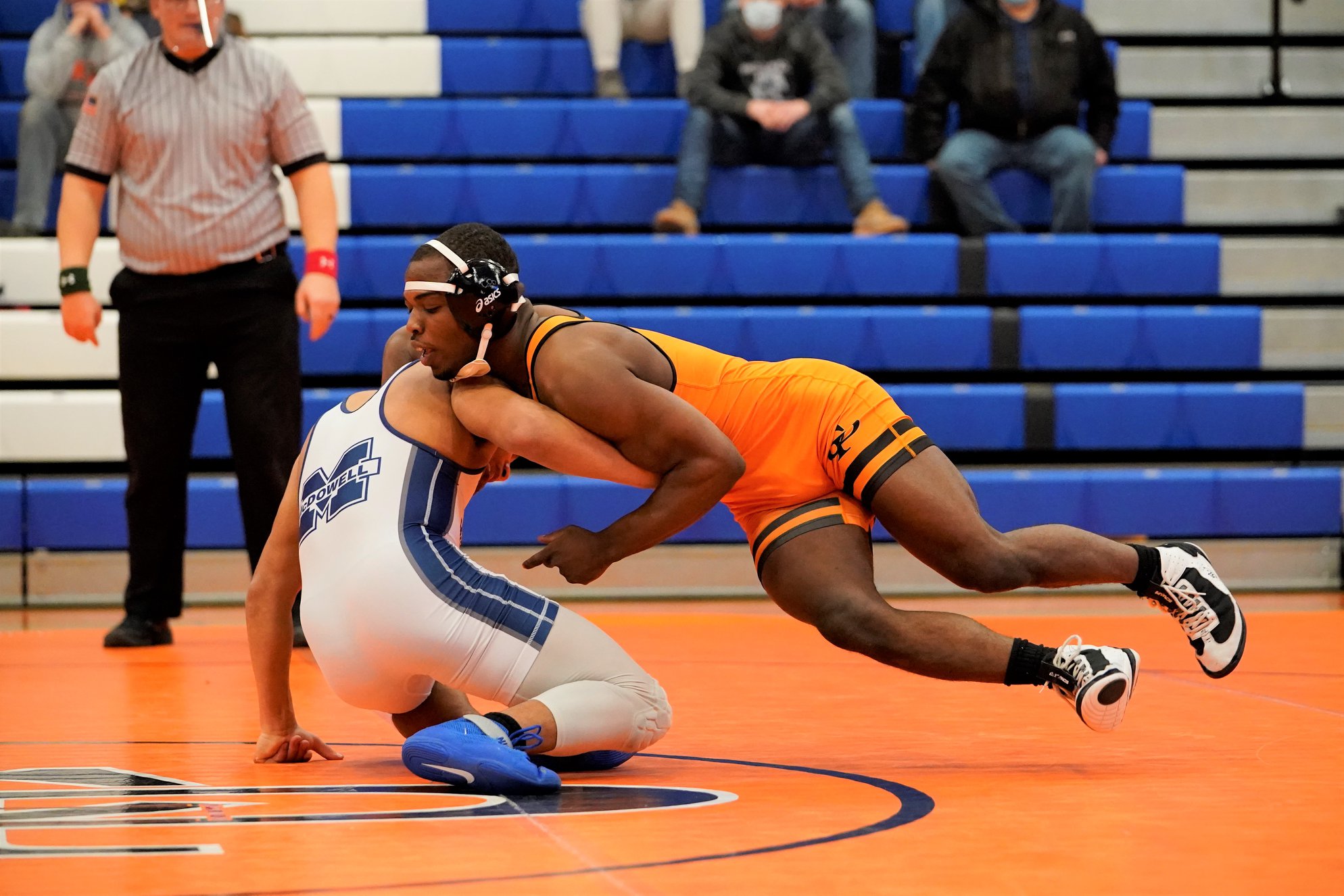 Sallot secured his spot in the Super Regional through the true-second-place bout where he defeated Casey Smith of Juniata, 4-1. Sallot had fallen to Williamsport’s Cael Nasdeo in the quarterfinals, 7-0, but fought his way back through the wrestlebacks knocking off Obama Academy’s Cameron Suzensky, by fall at 20 seconds, then getting a forfeit victory over Clearfield’s Evan Davis before besting Bald Eagle’s Garrett Choates in the third-place bout. Because he hadn’t wrestled Smith in the championship bracket, he then got a shot at the Juniata wrestler and beat him for second place and a spot in the Super Regional.

Ho advanced all the way to the championship match at 138 pounds where he was beaten by Matt Sarbo of Altoona, 7-2. Ho, however, had already beaten third-place finisher, Taylor Weaver of Central Mountain, in the semifinals, 14-0, to secure a trip to the Super Regional.

Billotte also got the championship bout at 285 pounds but was beaten by Selinsgrove’s Nate Schon, who pinned the Clearfield heavyweight at 50 seconds.

But like Ho, Billotte secured a spot at the Super Regional thanks to a 5-1 semifinal decision over Altoona’s Trevor Manley, who finished third.

Two additional District 10 wrestlers reached the finals only to lose there and then lose again in the True-Second matches.

Cathedral Preps Steffan Lynch fell to Williamsport’s Riley Bower, 6-2, in the 145-pound championship bout and then lost to Mifflin County’s Kyler Everly in the true-second match when Everly pinned the Rambler grappler at the 2:05 mark.

General McLane’s Jackson Spires reached the championship bout at 160 pounds but dropped a 15-0 technical fall to Ethan Richner of Bellefonte. Then, in the true-second bout, Spires lost to Selinsgrove’s Coy Bastian in a tight, 7-5, decision.

One other District 10 wrestler wrestled for a spot at the Super Regionals only to come up short.

Meadville’s Griffin Buzzell, the top seed at 189 pounds, was upset in the quarterfinals by eighth-seeded Steven Miller of Selinsgrove, 11-4.

Buzzell then faced off against Ethan Rossman of Bellefonte in the true-second match after Rossman lost a 2-1 decision in the championship match to Carson Manville of State College.

But Rossman got the better of Buzzell with a 7-3 decision to secure the second and final spot at 189 pounds to the Super Regionals.

Feb. 27, 2021 D9 Boys’ Hoops: DuBois Tops Brookville; St. Marys Beats Coudy for Second Time in Three Days
Reynolds Sends Six to 2A Super Regionals, Fort LeBoeuf Has Five Advance
This website or its third-party tools process personal data.In case of sale of your personal information, you may opt out by using the link Do not sell my personal information.
×
Manage consent