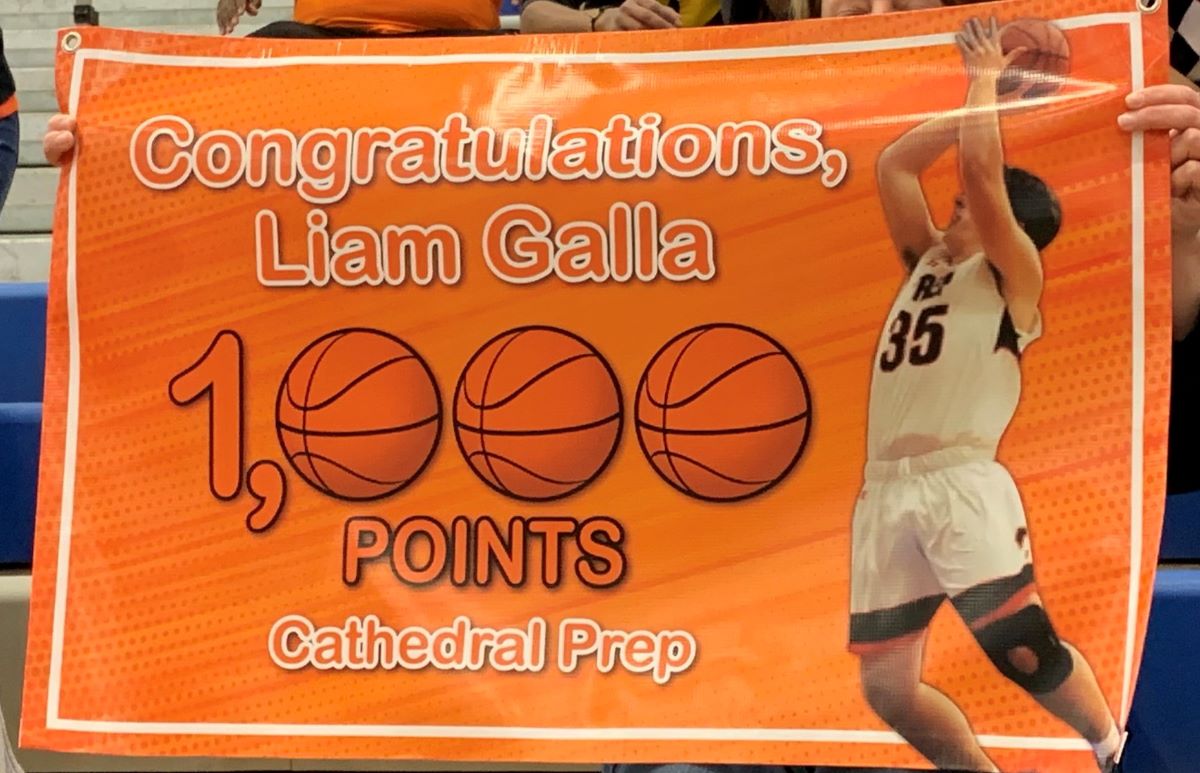 GREENSBURG, Pa. – With a 3-pointer with 48.1 seconds left in the first quarter, Cathedral Prep’s Liam Galla reached the 1,000-point mark in his career.

Galla, who needed six points for 1,000 going into the game, went on to score 11 points in the Ramblers’ 54-46 win over Lower Dauphin in the PIAA Class 5A semifinals.

Galla said it was important to get the milestone out of the way early in the game.

“It was really important to me,” Galla said. “I just wanted to get it out of the way so I wasn’t thinking about it the whole game.”

Cathedral Prep head coach Steve Piotrowicz said it was a blessing that Galla reached the milestone in the first quarter thanks to a pair of 3-pointers.

“It relaxed him and it relaxed me,” Piotrowicz said. “Thank the Lord. It was kind of a snail walk, as I am saying, to getting his 1,000 points the last two or three weeks. I couldn’t be happier for him. He has gone through a lot, a lot of changes in his time here. For him to get 1,000 points and to lead this team to a state championship game appearance, it says everything you need to know about him as a basketball player but as a human, too.”

Watch Galla score a basket at the end of the third quarter to give Prep a 39-26 lead.

Dream Season for Clarion Comes to an End at the Hands of Berlin in PIAA Class 1A Semifinals Powered by Burford & Henry Real Estate Services
BREAKING NEWS: Hickory Tops Lincoln Park, Heads to 4A State Final
This website or its third-party tools process personal data.In case of sale of your personal information, you may opt out by using the link Do not sell my personal information.
×
Manage consent