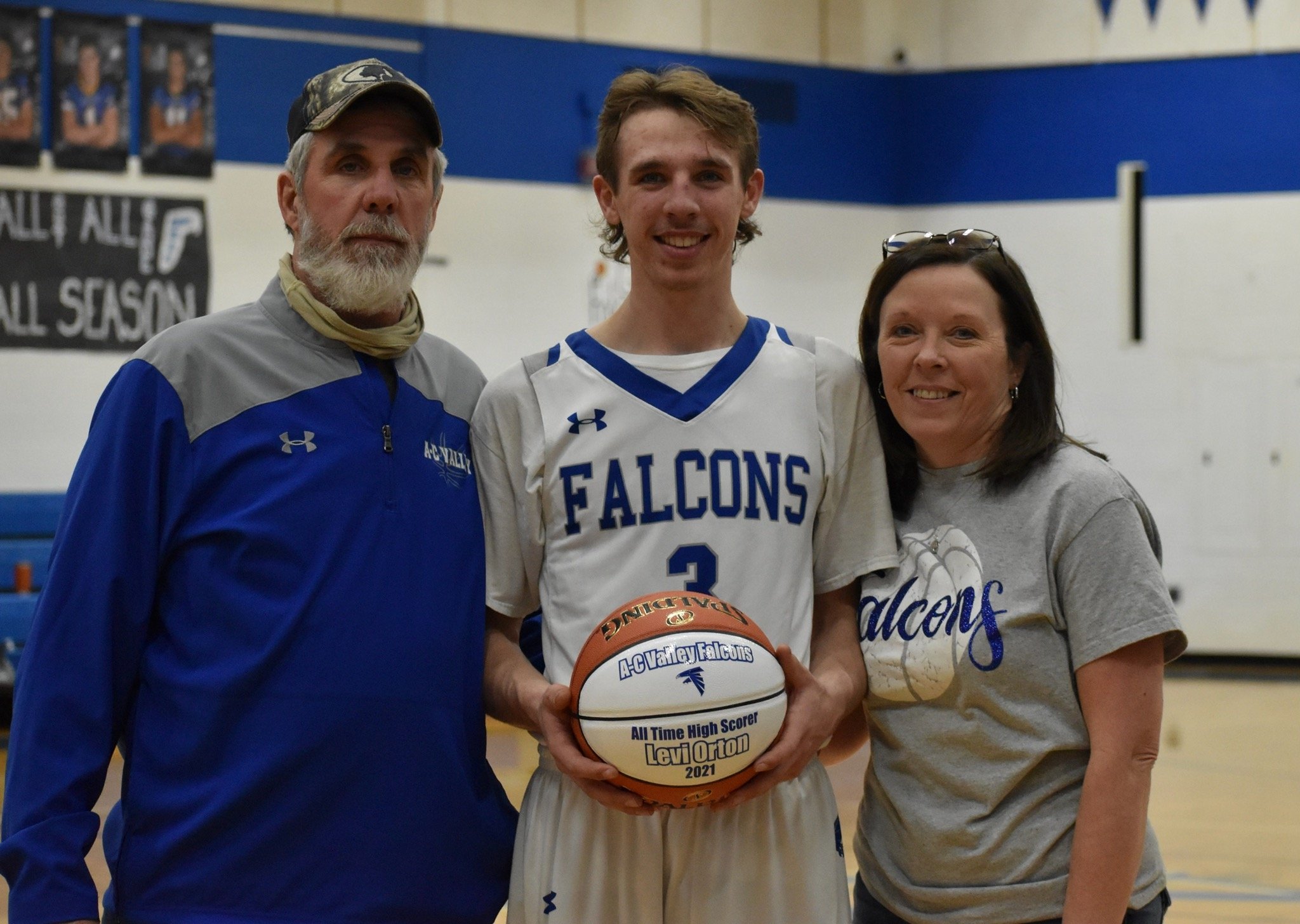 FOXBURG, Pa. – A-C Valley’s Levi Orton is now in a class by himself.

With his layup in the second quarter against Sheffield on Tuesday, Orton passed Sean Foust as the program’s all-time leading scorer.

“I knew I only needed around 16 tonight to get it,” Orton said. “Last night I had a pretty big game which made it easier on myself tonight so I was sort of relaxed about it.”

One of the people he passed on the way to the milestone was his father, Tim, who had 1,265 career points.

“It’s a pretty big moment in history,” the younger Orton said. “He’s been a really big influence. He’s the one that pushes me through everything.”

Orton talked about the milestone afterward:

Jay Clover scored 12 points for the Falcons (12-5), including eight in the first quarter, as well as seven rebounds and four blocks. In addition to his 34 points (which now puts him at 1,651), Orton had nine rebounds and five steals

Sheffield (10-10), which was playing without leading scorer Tyler Hepinger, got 12 points from Connor Johnson.

Hepinger was banged up the night before in the Wolverines’ game against North Clarion, but will be good to go for the playoffs.

A-C Valley led 34-20 at halftime and outscored Sheffield 16-2 in the third quarter.

March 2, 2021 D9 Boys’ Hoops: Karns City Hits 20 Wins for First Time in 19 Years; Brockway, Kane Win in OT
Stemmerich on Hand to Honor Heath for Breaking the Former Union Coach’s Long-standing Conference Win Mark
This website or its third-party tools process personal data.In case of sale of your personal information, you may opt out by using the link Do not sell my personal information.
×
Manage consent