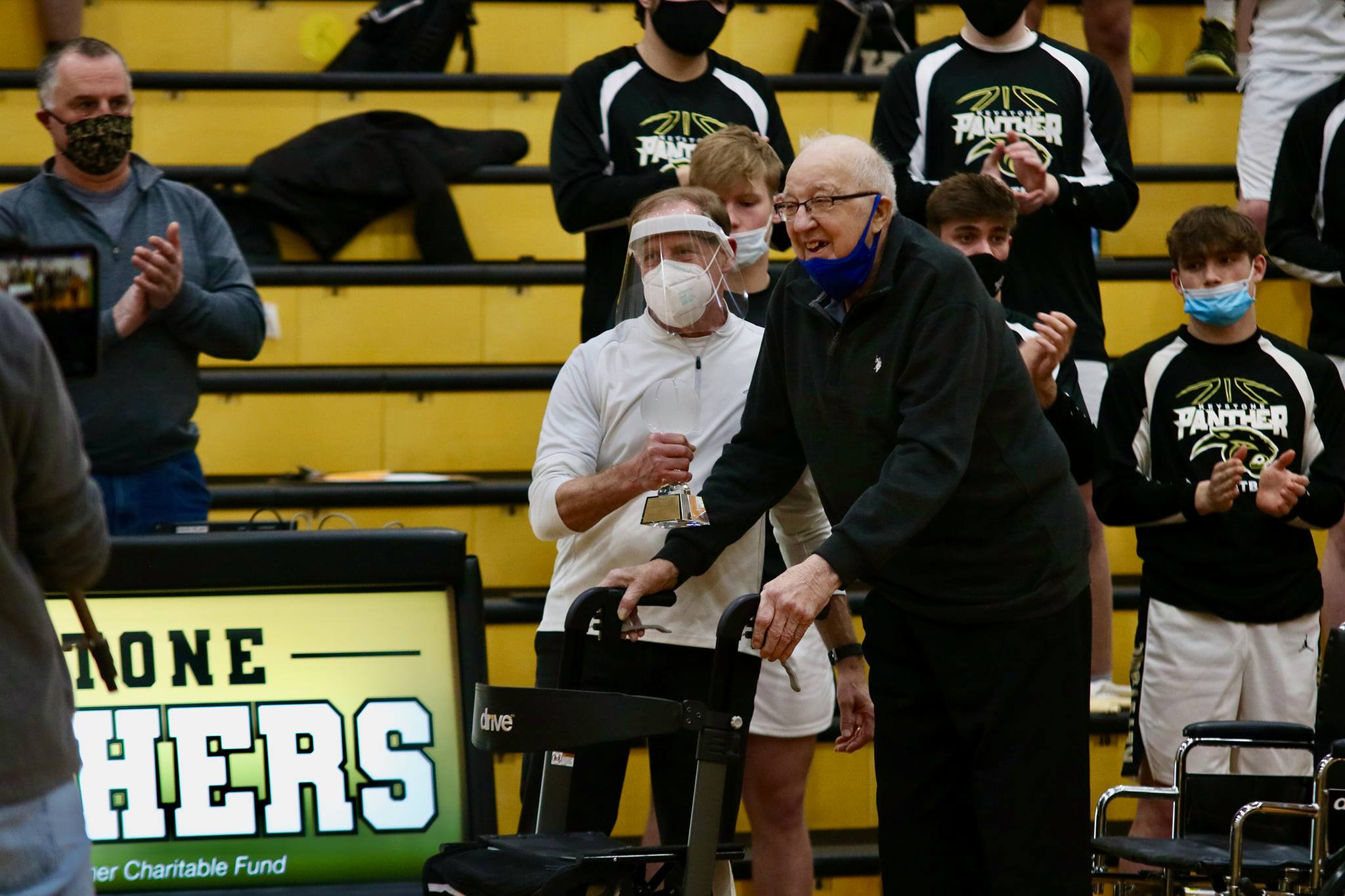 KNOX, Pa. – Prior to the varsity game between Karns City and Keystone, a 47-44 Gremlins win, Tuesday night, Keystone head coach Greg Heath was honored for setting the Clarion County League/KSAC wins mark last week with a win at Clarion-Limestone.

That victory gave Heath, who is in his 37th year at Keystone, 639 wins, one more than former Union great Don Stemmerich, who went 638-288 in 38 years at the helm of the Golden Knights.

To honor, Heath, who won game No. 640 Saturday against Curwensville (he is 640-290 after the loss Tuesday), a special glass trophy with a basketball on top from All American Awards & Engraving in Shippenville (a sponsor of D9and10Sports.com) was presented to him by a special guest of honor, Stemmerich himself.

The 89-year old Stemmerich’s appearance was kept secret from Heath until he was announced and escorted onto the court to present Heath with the award.

“This is really an honor for me,” Stemmerich said. “I don’t think you realize how much I admire Greg over the years. He has always been a gentleman and a good coach. He might get a 1,000. He might keep going for a while. It is an honor to be here tonight and give my respects to you.

Orton Becomes A-C Valley Boys’ All-Time Leading Scorer in Win Over Sheffield
District 9 and District 10 Basketball Schedule for March 3, 2021
We use cookies on our website to give you the most relevant experience by remembering your preferences and repeat visits. By clicking “Accept All”, you consent to the use of ALL the cookies. However, you may visit "Cookie Settings" to provide a controlled consent.
Cookie SettingsAccept All
Manage consent