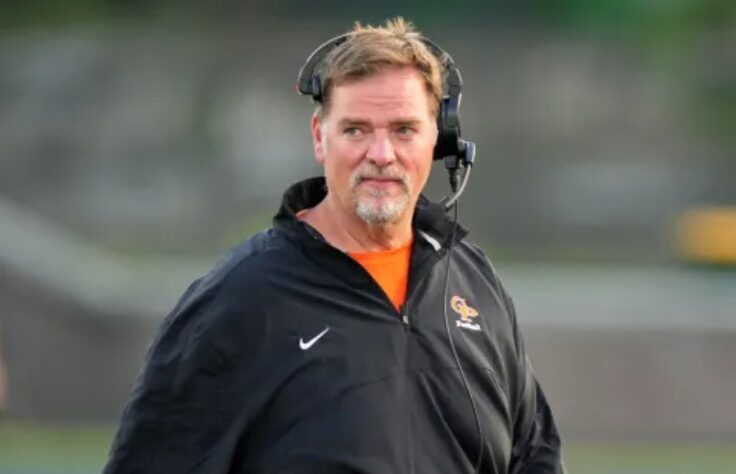 ERIE, Pa. – A career that spanned 20 years and included five state championships has come to a close, as Mike Mischler has stepped down as the head football coach of the Cathedral Prep Ramblers.

Michsler guided the Ramblers to state titles in 2000, 2012, 2016, 2017 and 2018. In his final season on the sidelines for the Ramblers, Mischler guided Prep to an 11-2 record while advancing to the state quarterfinals. He holds a career record of 214-50 at Prep, while also spending three seasons at Iroquois in his coaching tenure.

“Today I have officially retired as the head football coach at Cathedral Prep,” Mischler said in a statement Monday afternoon. “It is important to note that this was 100% my decision. The school and my family have been nothing but supportive as I have struggled with making the most difficult decision of my life. I have thought and prayed about this for many months and even years. There is not time to list the many factors that went into making this decision, but I can best sum it up by simply saying it is just time to do so. Nothing I put into this brief statement can encapsulate the many blessings I have received in my role as head coach at Prep. It was a life-long dream to have the opportunity to coach here. I can honestly say it has been the honor of my professional life to serve in this capacity.”

Mischler was a 1987 graduate of Prep and took over the program in 1998, advancing to the state championship in 1999, the first of eight of his teams to do so. They finished runner-up that year but came back to win the title in 2000 (the first in program history), 41-35 over Central Bucks West.

Mischler left the school from 2005-2008 (when he was at Iroquois), and in that run until this past season, the Ramblers won four state titles, including three in a row from 2016-18.

Mischler was named Pennsylvania Coach of the Year five times.

“There are no words to properly illustrate the impact that Mike Mischler has made on the young men of Cathedral Prep,” said Prep VP of Athletics, Bill Flanagan during Tuesday’s press conference. “The wins have been great, the state championships noteworthy. But the lasting impact of what Mike has accomplished here resides in moving people to heights they felt were impossible to achieve. His ability to uniquely care for the person, not the player, is unmatched. It is a legacy far greater than any of the many titles he has won.”

A 2015 inductee into the Erie Metro Pennsylvania Sports Hall of Fame, Mike will soon be honored in a similar way in the Cathedral Prep Athletic Hall of Fame.

“I want to thank the Prep administration, my coaches and staff members, parents, boosters and fans as well as the Erie community for their support of our program,” Mischler said. “Of course, above all else, I would like to thank the hundreds of young men that I have had the blessing and privilege to coach during my 20 years as head coach. My heart is full of fond memories. I coached every day with love for you and a football program I will forevermore hold dear to my heart. I hope you will always strive to be great Men of Prep.”

Clearfield Grad Andrew Janocko Named QB Coach of Chicago Bears
Cathedral Prep Tabs Krahe as Next Football Coach
We use cookies on our website to give you the most relevant experience by remembering your preferences and repeat visits. By clicking “Accept All”, you consent to the use of ALL the cookies. However, you may visit "Cookie Settings" to provide a controlled consent.
Cookie SettingsAccept All
Manage consent