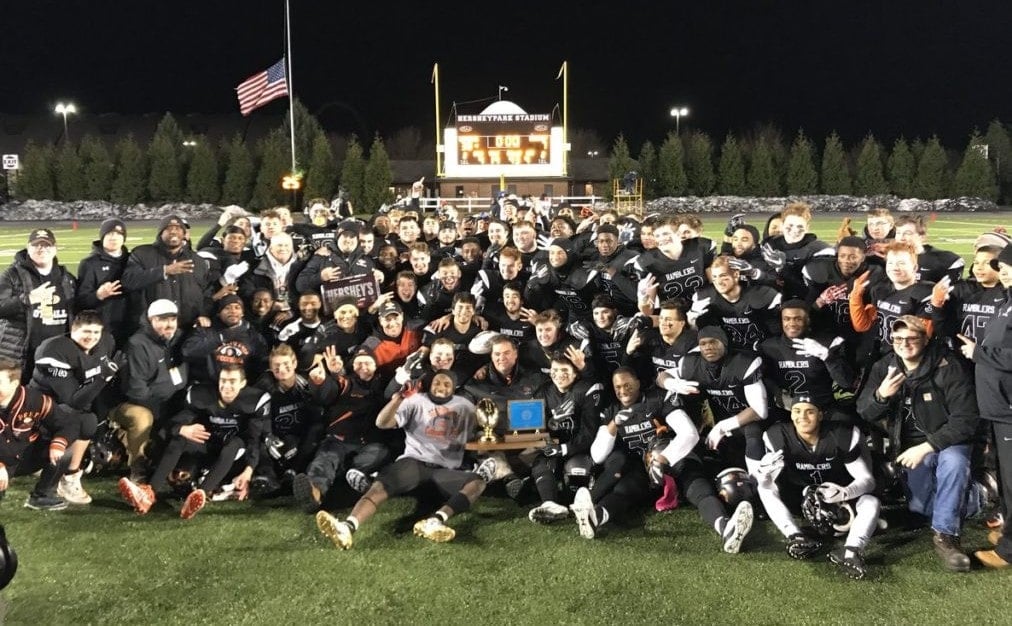 Krahe, a 2000 graduate of Prep, succeeds Mike Mischler, who had a record of 214-50 in his 20 seasons at the helm, including five state championships.

“I am honored and humbled to be given this opportunity to be the head football coach at Cathedral Prep,” Krahe said in a school press release. “I would like to thank the selection committee for entrusting me to carry on the rich traditions of Cathedral Prep football.”

Cathedral Prep Vice President of Athletics Bill Flanagan: “This was a position that was very attractive to a number of applicants. We were very fortunate to interview a solid group of candidates before selecting Mike Krahe. As a group, we feel confident in Mike’s abilities to relate to this age group and coach at this level. He is extremely passionate about football, teaching and his faith, making for a great mix moving forward.”

Krahe also thanked Mischler for his development as a coach:

“I would like to thank Coach Mike Mischler for everything he has done to help me grow and develop as a coach and as a person,” Krahe said in the release. “As a graduate, former player, and coach of Cathedral Prep, I feel blessed to be able to give back to the school that has helped make me the man I am today. I am excited and can’t wait to start working with the student-athletes and help them reach their full potential on and off the field.”

Clarion’s Best Named February Clarion Rehab/CHAMP Athlete of the Month
Redbank Valley Football Coach, Franklin Grad Gold Runs Pittsburgh Marathon in Under 4 Hours
This website or its third-party tools process personal data.In case of sale of your personal information, you may opt out by using the link Do not sell my personal information.
×
Manage consent