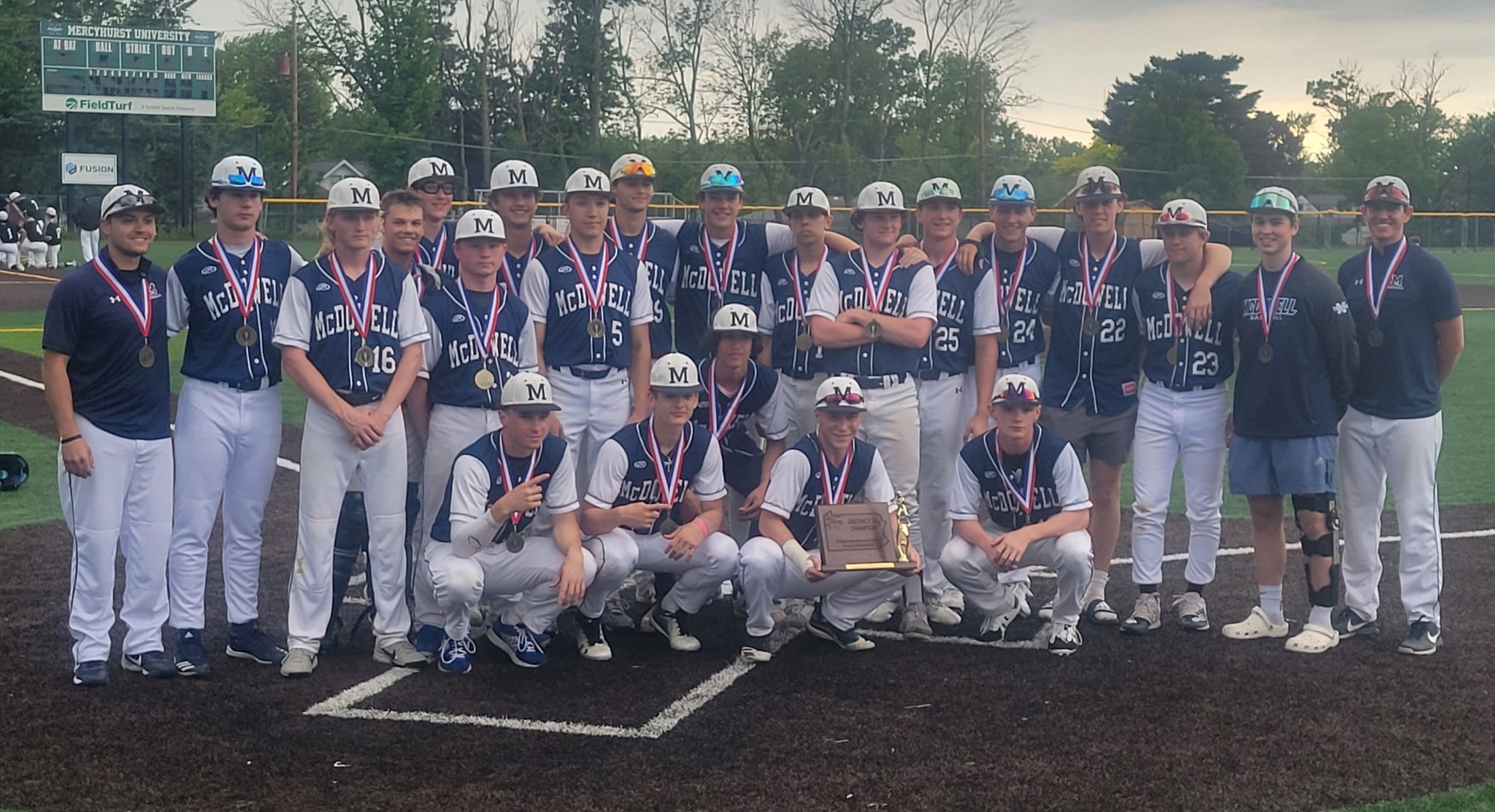 ERIE, Pa. – Top-seed McDowell scored 11 runs in the first two innings on its way to a 12-3 victory over Erie High in the District 10 Class 6A championship game on Friday.

It was actually Erie that got on the board first in the top of the first on an Kevin Fuentes RBI single, but it was all Trojans after that.

Jake Banks was hit by a pitch with the bases loaded to bring in the first McDowell run, followed by a Jake Hower sacrifice fly and then four runs came across on a combination of an error and a wild pitch to make it 6-1.

Dan Snyder got the scoring going with an RBI double in the top of the second, which was followed by an RBI single from Hower, and a two-run double from Brady Kramer to make it 11-1.

That was more than enough for the combination of Snyder, Spencer Dietz and Isaac Ogrodowczyk on the mound. Snyder, the Louisville commit, went three innings and allowied one run while striking out seven to get the win.

Dominic Fracassi had two RBIs for Erie, while Chris Ramos had a pair of hits.

With the win, the Trojans advance to play the District 6 champion, either State College or Altoona (that game is Saturday) in a PIAA subregional game.

KC, Saegertown Advance to D10 1A BB Finals; Prep, Slippery Rock Get 4A Semifinal Wins Powered by North Washington Rodeo
May 30, 2022 D9/10 Baseball/Softball Championship Schedule Powered by the North Washington Rodeo
This website or its third-party tools process personal data.In case of sale of your personal information, you may opt out by using the link Do not sell my personal information.
×
Manage consent