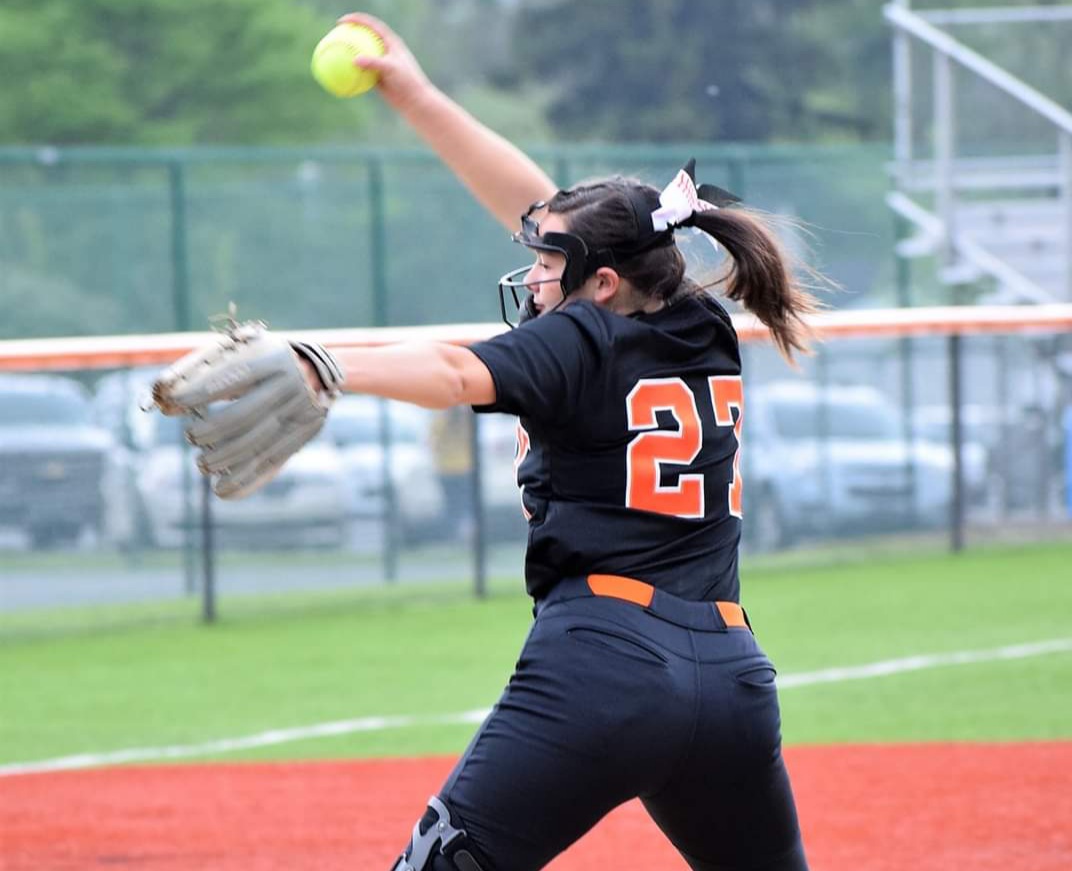 SLIPPERY ROCK, Pa. – Corry scored two runs each in the first, second, and third inning on its way to a 7-4 win over Slippery Rock.

Alyssa Burlew went 1-for-3 with a pair of RBIs on a triple,  while Lexi Hasbrouck doubled and drove in a run. The Beavers also took advantage of four Slippery Rock errors.

Hasbrouck got the win, allowing one earned run and just two hits on two walks, striking out seven. She threw 76 of 105 pitches for strikes.

Dakota Burns went 1-for-3 with two RBIs for the Rockets, who scored all four of their runs in the first inning.

Kylie Thompson drove in the lone run of the game on an RBI single in the fifth inning.

Obenrader was brilliant, striking out 13 over seven innings. She allowed just three hits and walked two.

Jackson was nearly her equal, allowing just four hits and striking out five without issuing a walk.

Hilary Sissem had an RBI single and a bunt from Taylor Iavarone to make it 4-3, before Jenna Wagner got a strikeout to end it, leaving Sissem stranded on third.

Villa scored its fourth run of the game on an error in the top of the seventh, which proved to be the game-winner.

Wagner went 2-for-3 with an RBI for Villa, while Maddie Hess and AB Cipalla had RBI doubles.

Wagner tossed five innings, allowing one run and striking out five. Hess came on in relief and allowed a pair of runs and struck out two.

Union City led 3-1 and broke the game open with five runs in the seventh.

Reynolds was 4-for-4 with an RBI and two runs, while Gilbert was 3-for-4 with three RBIs.

Abby Tingley was brilliant in the victory, allowing just four hits and striking out 12 without issuing a walk.

Kylee Miller had an RBI double for Cambridge Springs.

Hailee Rodgers took the loss. She struck out three, allowed 17 hits, and didn’t issue a walk.

HARBORCREEK, Pa. – Harbor Creek scored two runs each in the fifth and sixth inning en route to a 5-3 win over Fairview.

Maura Benim, Haiden Manning, Rylee Vogt, and Baileigh Bleil all drove in runs for the Huskies.

Manning got the win, allowing three runs on five hits and a walk, striking out 10.

Hailey Komisarski belted a pair of triples and had an RBI, and Chloe McManus also drove in a run for the Tigers.

HERMITAGE, Pa. – Kaitlyn Gilliland and Carlie Miller both homered, as Hickory collected 12 hits and took advantage of six errors in a 13-5 win over Grove City.

Hickory scored in every inning but the fourth, including four runs each in the fifth and sixth innings.

Miller and Jackie Fustos both went 3-for-4 with two RBIs, with Miller scoring four runs. Kendra Koerth was 2-for-4 with an RBI.

Hallie Miller got the win for Hickory, going four innings and allowing four runs (one earned), and striking out three. Carlie Miller came on in relief and allowed one run in three innings.

Courtney Saylor went 1-of-3 with a double and an RBI for Grove City, while Brooke Shingledecker had two doubles.

LAWRENCE PARK, Pa. – Girard collected 18 hits and scored eight runs in the second inning in a 16-6 win over Girard.

Kaylin Kohan, Chloe Simmons, Tori Williams, Danielle Adams, and Ashlyn Fiolek all drove in runs in the second for Girard.

Tori Williams got the win in the circle.

Mia Gehrlein went 2-for-4 with a double and three RBIs for Iroquois. Alayzha McCray took the loss.

Hanley was absolutely dominant, striking out 15 without issuing a walk.

Sharpsville scored once in the fifth on an error on Hanley’s fly ball and an RBI triple from Katherine Bornes in the sixth.

GREENVILLE, Pa. – Reynolds scored 12 runs in the second inning in an 18-0 win over Commodore Perry.

Bonner got the win, allowing three hits and striking out five.

May 6, 2021 D9/D10 Baseball/Softball Scores Powered by the BHL Sportsperson of the Year Award
May 6, 2021 D10 Baseball: Cambridge Springs Powers Past Union City; Prep Edges McDowell
We use cookies on our website to give you the most relevant experience by remembering your preferences and repeat visits. By clicking “Accept All”, you consent to the use of ALL the cookies. However, you may visit "Cookie Settings" to provide a controlled consent.
Cookie SettingsAccept All
Manage consent