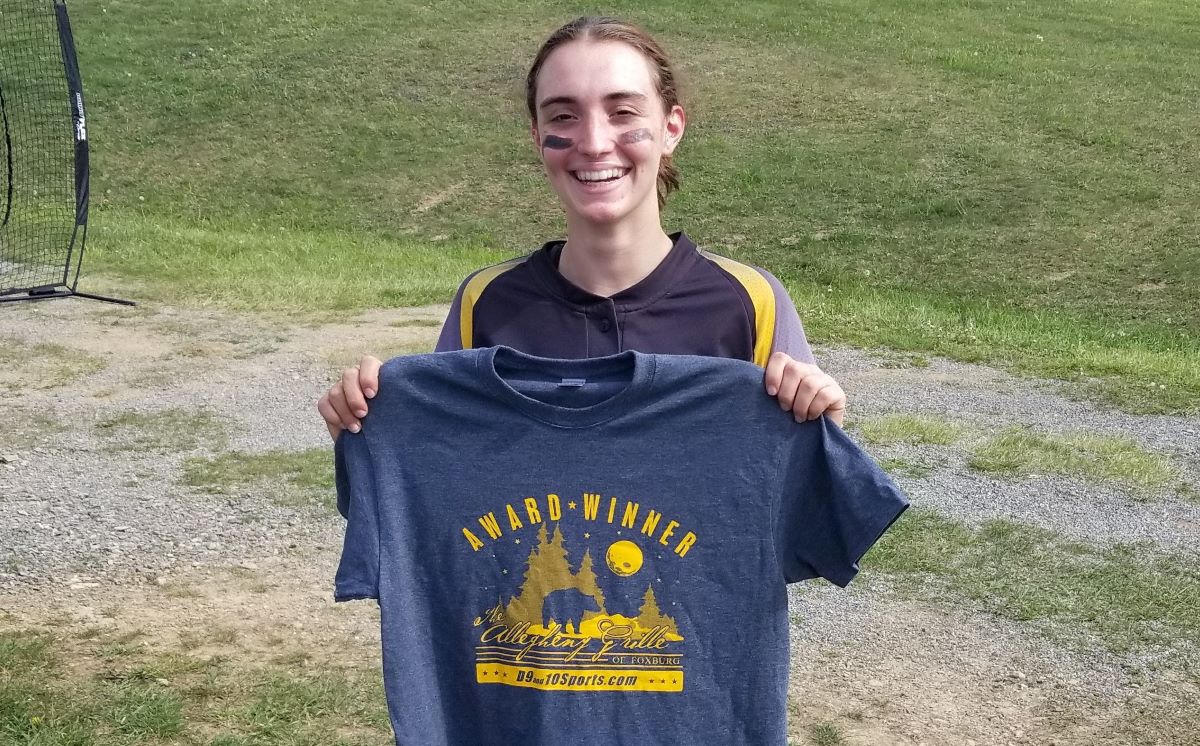 STRATTANVILLE, Pa. – Keystone continued to roll sweeping a doubleheader at Clarion-Limestone Monday winning the first game 10-3 and the nightcap 6-2 in five innings.

The first game was marked by great defense from Alexandria Johnston, home runs from Leah Exley and Natalie Bowser, and a pitching performance by Exley, who got stronger as the game went on.

Johnston made two phenomenal defensive plays, including a diving stop behind second base in the top of the fifth inning – C-L was the visiting team in Game One – that robbed Abby Knapp of a game-tying RBI single – in fairness to Knapp it looked like she beat the rap at first but the umpire ruled her out.

Johnston’s stop preserved a 4-3 Keystone lead at the time and was the third great defensive play she was involved with on the day.

The first two resulted in inning-ending double plays for the Lady Panthers.

In the second inning, with two runs already in and Jade Terrana at first, Johnston, the shortstop, made a diving play just to the third-base side of the second-base bag on a ball hit by Olivia Smith. She stepped on second and fired to first to complete the twin killing.

Then, in the fourth with Alyssa Wiant at first, Carlley Hunter hit a comebacker to Exley in the circle, who turned and fired to Johnston at second, who then sent the relay to Bower at first to end the inning.

“Actually, this is one of my best games I have had so far,” Johnston, who also scored twice while being named the Allegheny Grille of Foxburg Player of the Game, said. “I couldn’t do it without my teammates. The help (from them) them, the help of my coaches. I am thankful for everyone I have behind me. I just give it my all and hope for the best every time.”

While Johnston was flashing the leather, Exley was pitching well.

The righty gave up three runs, two earned, on nine hits. She didn’t walk a batter and struck out four while retiring the final seven batters she faced after a Kendall Dunn RBI single in the fifth cut the Keystone lead to 4-3.

Exley’s only real trouble came in the second when she gave up three straight hits to Cassiday Makray, Wiant, and Hunter with Makray doubling and Wiant and Hunter each delivering RBI singles.

But Keystone tied the game with a run in the bottom of the second and then Exley and Bowser hit back-to-back home runs in the third to give the Lady Panthers the lead for good.

Johnston, who wasn’t on base for either of the dingers, said she kids her teammates that them hitting on home runs means she gets to jog around the bases instead of run.

“My favorite part is I get to job the bases,” Johnston said. “I tell Nat and Leah, anytime one of them hits, it is my turn to jog, thanks.”

While things were going in Keystone’s favor most of the afternoon, the game still hung in the balance after Johnston’s great defensive play to end the top of the fifth.

That’s when the Lady Panthers – with some help from the C-L defense – put the game away.

After a walk to Johnston to start the inning, Exley roped a single to left with Johnston scoring on an error by the left fielder, Smith. Bowser then hit a fly ball to right-center that Knapp, the centerfielder, had go off her glove for another error with Exley scoring.

Maddie Dunlap then walked and stole second, and both Bowser and Dunlap scored on a two-out double to center by Emma Grubber.

“It is good to just keep moving,” Johnston said of the insurance runs. “The more you stay up, the better off your chances. It’s great to have the entire team full of energy and just keep rolling.”

The Lady Panthers added two insurance runs in the sixth to win their eighth straight game and their 10th in 11 tries after an 0-2 start.

“I think in the beginning, we were slow to start,” Johnston said. “We were all a little timid, I think. We are used to coming out with a not as well-put-together team. But we have all pushed each other and made everyone better as much as we could.”

Regan Husted took the loss giving up 10 runs, only four earned, on 10 hits and four walks while striking out six.

In the second game, Bowser hit another home run and pitched well to lead Keystone to the 6-2 win in a game that was called after five innings.

May 17, 2021 D9 Baseball Recaps: Clarion Edges Keystone; Brookville Rallies Past DCC; ECC Holds On
D9and10Sports to Broadcast C-L at Oil City Basebal Powered by BHL Sportsperson of the Year Award
This website or its third-party tools process personal data.In case of sale of your personal information, you may opt out by using the link Do not sell my personal information.
×
Manage consent