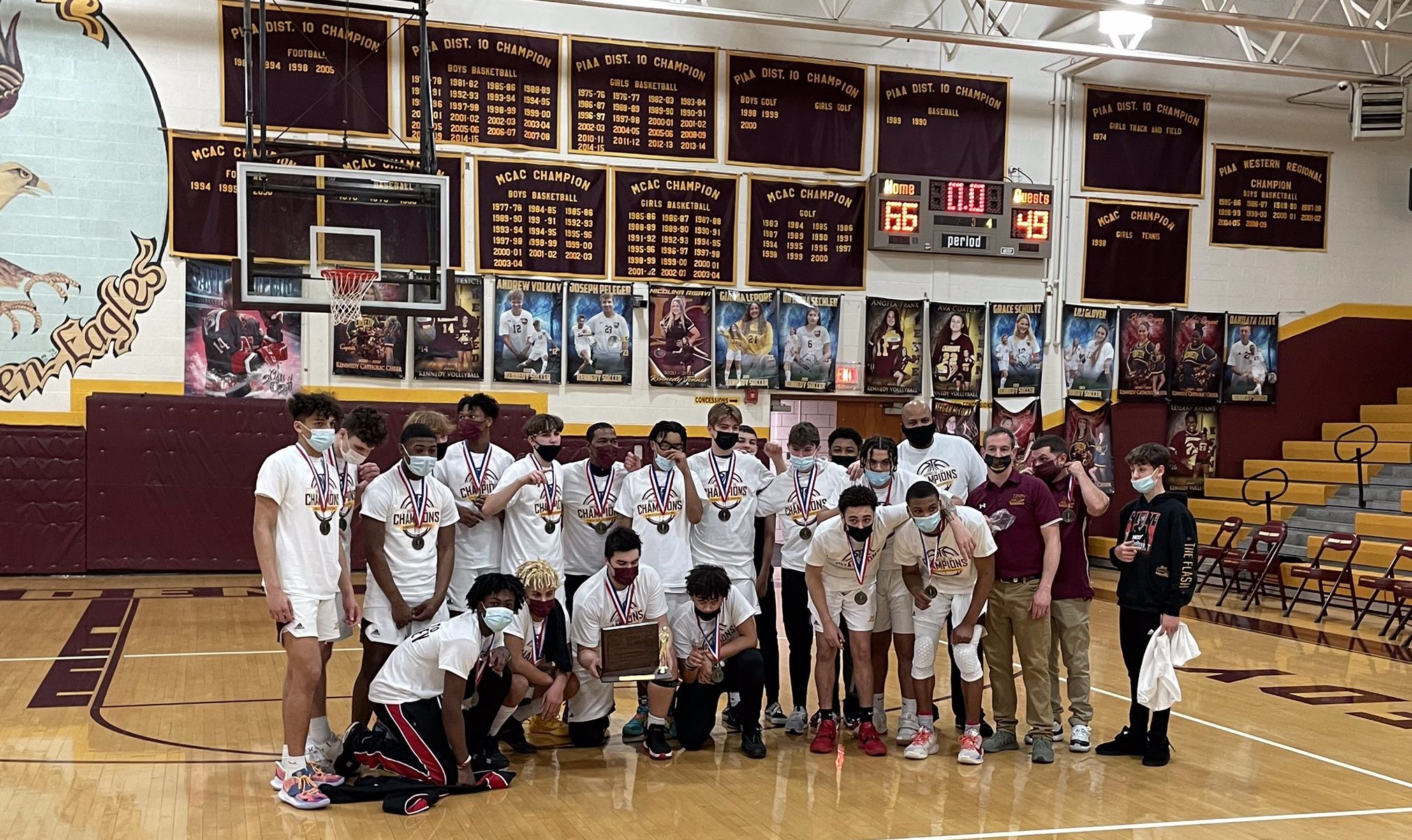 HERMITAGE, Pa. – Trailing by seven at the end of the first quarter, Kennedy Catholic went on a 27-12 run in the second quarter to take control in a 66-49 win over Cambridge Springs in the District 10 Class 2A championship game.

Dajaun Young was the catalyst for the Golden Eagles, scoring 11 of his 22 points in the second-quarter surge.

Young was one of four Kennedy Catholic players in double figures. Sky’Ler Thomas scored 10 of his 12 points in the second half, while Elijah Harden netted 10 and Gio Magestro 10.

Hunter Spaid and Nathan Held got the Blue Devils off to a strong start, scoring five and four points each in the strong first quarter for Cambridge.

Spaid finished with 14 points and Held 13.

With the win, Kennedy moves on to face District 6 champion Portage in the PIAA quarterfinals on Saturday, March 20.